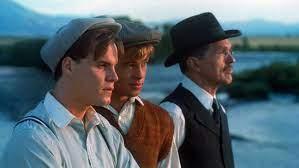 What a strange Labor Day we are approaching in 2022. It might be termed the “non-labor” Labor Day, characterized by a high number of job openings (over 10.7 million), low labor force participation rate (62.1%), and general lackadaisical attitude toward jobs.

Yet, there is one segment of the working age population who are not lackadaisical or cavalier about jobs, for whom to have a job in 2022 is more important than ever, even as they have the greatest difficulty finding and retaining jobs.

The vast Regional Center system in California provides a range of services, including employment services, for individuals with significant “intellectual and developmental disabilities”—371,687 individuals as of December 2021, a population larger than most cities. To be involved in the Regional Center system today is to see how highly valued by clients and family members is finding and keeping a job.

Edith Arias, a teacher in the San Francisco Unified School District, spent years trying to find a job for her son Ulisses, 31. She recounts:

“Ulisses has strong social skills and is well-liked by everyone. But he was born with a seizure disorder and tumor on his forehead, and has major deficits in academic skills and executive functions. He has difficulty telling time, as well as in basic reading and math. He cannot venture very far outside of the neighborhood on his own.

“He attended the school district special education and Transition programs, leaving with a certificate of completion in 2013. He always wanted to be involved with activities and I felt it was very important to include him. From the time he was in his early teens he joined me and his siblings in community volunteering in South San Francisco, with the library, public works, fire department and park and recreation.

“The Transition program aimed at preparing him for a job, but we weren’t able to find him a job when he completed. So he continued his volunteer efforts, especially with the after-school program operated though the park and recreation department. He enjoyed working with the younger children, first and second graders. Over the next 8 years, he had a part-time paid position as a maintenance worker at a fitness center for a year or so, but otherwise was in volunteer .

“The many years of volunteering eventually led to his current job. In November 2021, he went to his supervisor in the afterschool program and asked for a job. The City of South San Francisco decided to hire him as an afterschool aide, as they had seen he could do the job. Since last November he has been employed Tuesday and Thursdays, 2:30-6:00. He is so happy to have this, and the children really like him.”

David Van Etten, a retired businessman in the East Bay, is closely involved in the employment of his son Andrew, a Regional Center client, who has a diagnosis of autism.

“Andrew has worked 9 years now as a library aide at the Walnut Creek Library. Andrew is extremely conscientious in his work, and is valued for being highly reliable. He almost never misses a day for any reason. Most of the other library aides are younger (he is 40) and see the job as a transitional position. Andrew is committed to it. He not only re-shelves the books in his section. He makes sure that his section is Dewey-Decimal perfect—all of the books are in the correct numerical order every day.

Carl Yorke and his son Tiger have gone through numerous positions since Tiger graduated from high school in 2006—some of the positions unpaid, some as at the Stanford University cafeteria, Google food service, and dog day care, paid. For a nearly two year period during the Covid lockdown, they were unable to find a job. Then in April 2022, Carl saw a “help wanted” sign on a local Chuck E. Cheese venue.

“I walked into the Chuck E Cheese and said, ‘I have a son who has autism, but he really wants to work and would be a good worker.’ To my surprise the manager’s response was ‘How soon can he start?’ Turned out that the manager had a physical disability of his own that led him to be open to my appeal.

“Tiger works two days a week there, cleaning and testing games. He is a gaming person and enjoys being around the games. It’s a supportive environment, and the manager is looking to add stocking shelves to Tiger’s roles. Tiger’s job organizes all the other components of his life: his self-care, socialization, and time management efforts all matter most when he has a job to put them into practice.”

Edith, David and Carl are more active than many family members, but their efforts are not unusual. Regional Center adults and Adults in the system,they and their family members often go to great lengths, over many years, to find a job fit or the right job fit. The job represents structure, somewhere to go every day, a role: just as for other people, but even more so.

Despite their efforts, and the efforts of the extensive network of government-funded providers such as the ARCs, Goodwills and Best Buddies, the employment of Regional Center clients remains very low. According to the most recent data from the California Department of Developmental Services,, even during the strong employment of the pre-pandemic years, the percentage of Regional Center adults receiving any W-2 wages in a year was below 20% .

Even after years of studies on employment approaches for Regional Center adults, workgroups, evaluations and studies, each employment placement usually takes an enormous amount of time and effort. Even when employers are offered subsidies of 100% of wages, they are very reluctant to participate. The Paid Internship Program in California subsidizes wages completely for Regional Center adults, and the take-up rate has been minimal.

There’s no big idea, no ten-point plan from the Brookings Institute that will change the dynamic soon. At this point, there a number of gradual improvements—more structured programs with multiple placements in large firms, more individual placements with supports in small and mid-size firms, new initiatives (with placement rather than process goals) in local and state governments and in universities and large non-profits, new forms of congregate workplaces.

Five years ago on Labor Day 2017, I wrote about a public service approach, a type of “Neurodiversity Workforce Brigade” that could provide the patient and flexible environment that many Regional Center clients need. I and colleagues have made several attempts since 2017 to establish this brigade, but so far have not achieved anything on a significant scale.

Last Fall, novelist Ann Bauer published a lengthy article in Tablet Magazine on the her experience as a parent in the autism community: “I Have Been Through This Before”. It is among the most honest and insightful discussions of autism I’ve read over the past three decades of my involvement in the community, and it is the first thing I now recommend to family members, especially persons new to the community.

Her son Andrew died in 2016 at age 28. Medications that were prescribed for Andrew in his teens by the medical “experts”, had turned him from “a shy, smart, autistic teenage to a stuporous man who gained 100 pounds and erupted in rage”. When he was eventually taken off these medications a few years later, he became “resigned and weary”, quietly living in an apartment complex for adults with autism. “No longer angry, he lived in easy silence and aged precipitously, appearing decades older.”

After I read Ann’s essay, I reached out to ask about whether Andrew had been able to find satisfaction at any time in an employment role. Ann wrote back,

“Our son wanted a job desperately and we tried every possible solution: employment programs, artist enclaves, private coaches. Andrew just didn’t fit anywhere and we were unsuccessful. So I’m afraid all I have to add is a story of loss and failure and a feeling that the programs that existed were—in various ways—excluding our son. The only experience that came to anything was his stint with Interact, an artist colony for people with disabilities.”

Some perspective for Labor Day 2022, regarding a population that actually wants jobs today.

SHERMAN OAKS, Calif.--(BUSINESS WIRE)--When it comes to choosing a property management company, the size of a company often becomes a sticking point … END_OF_DOCUMENT_TOKEN_TO_BE_REPLACED

An alternative way to get Original Medicare coverage, Medicare Advantage plans offer coverage that is equal to or greater than that of Medicare Parts … END_OF_DOCUMENT_TOKEN_TO_BE_REPLACED