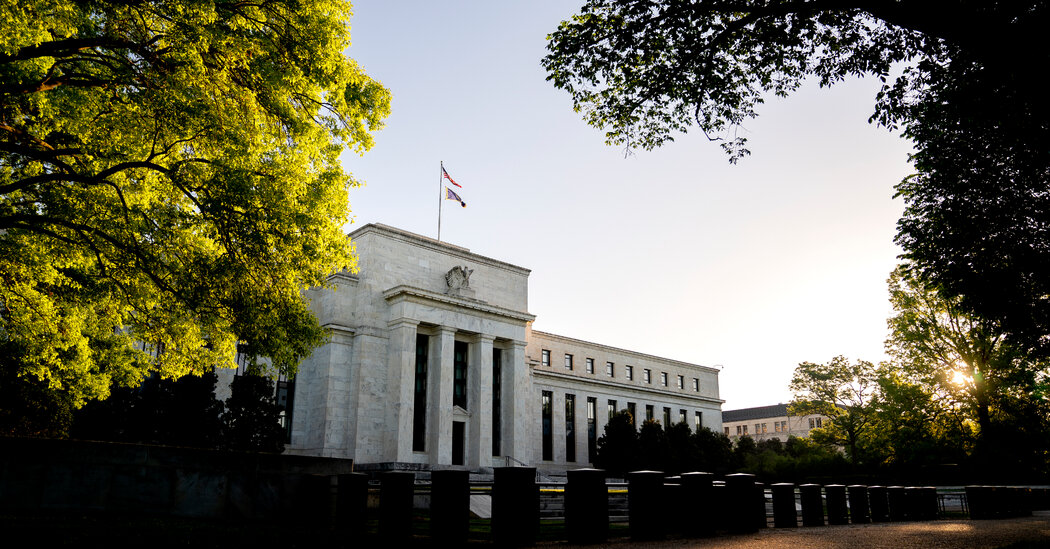 Randal K. Quarles, the Federal Reserve’s vice chair for supervision and regulation, said that the central bank was monitoring inflation but that for now it expected the pickup underway to be temporary — and that reacting too soon would come at a cost.

“For me, it’s a question of risk management,” Mr. Quarles said during testimony before the House Financial Services Committee. “History would tell us that the economy is unlikely to undergo these inflationary pressures for a long period of time.”

Mr. Quarles pointed out that after the global financial crisis, the central bank lifted interest rates to guard against inflationary pressures. The expected pickup never came, and in hindsight the moves were “premature,” he said. He suggested that the central bank should avoid repeating that mistake.

“We’re coming out of an unprecedented event,” Mr. Quarles said, noting that officials have the tools to tamp down inflation if it does surprise central bankers by remaining elevated. The Fed could dial back bond purchases or lift interest rates to slow growth and weigh down prices.

recent and rapid pickup in consumer prices. The back and forth underlined how politically contentious the Fed’s patient approach to its policy could prove in the coming months. Inflation is expected to remain elevated amid reopening data quirks and as supply tries to catch up to consumer demand.

Some lawmakers pressed Mr. Quarles on how long the Fed would be willing to tolerate higher prices — a parameter the central bank as a whole has not clearly defined.

When it comes to increases, “I don’t think that we can say that one month’s, or one quarter’s, or two quarters’ or more is necessarily too long,” Mr. Quarles said. He noted that it was possible that inflation expectations could climb amid a temporary real-world price increase. But if that happened and caused a “more durable inflationary environment, then the Fed has the tools to address it,” he said.

AUSTIN, Texas--(BUSINESS WIRE)--As the first multifamily management company to be recognized in the Public Relations and Marketing Excellence Awards, … END_OF_DOCUMENT_TOKEN_TO_BE_REPLACED

There have been whispers of cooling housing and rental prices in the San Francisco Bay Area, but that hasn't yet translated into practical, noticeable … END_OF_DOCUMENT_TOKEN_TO_BE_REPLACED

Cars pass in Independence Square at twilight in Kyiv, Ukraine, Monday, Oct. 31, 2022. Rolling ... [+] blackouts are increasing across Ukraine as the … END_OF_DOCUMENT_TOKEN_TO_BE_REPLACED