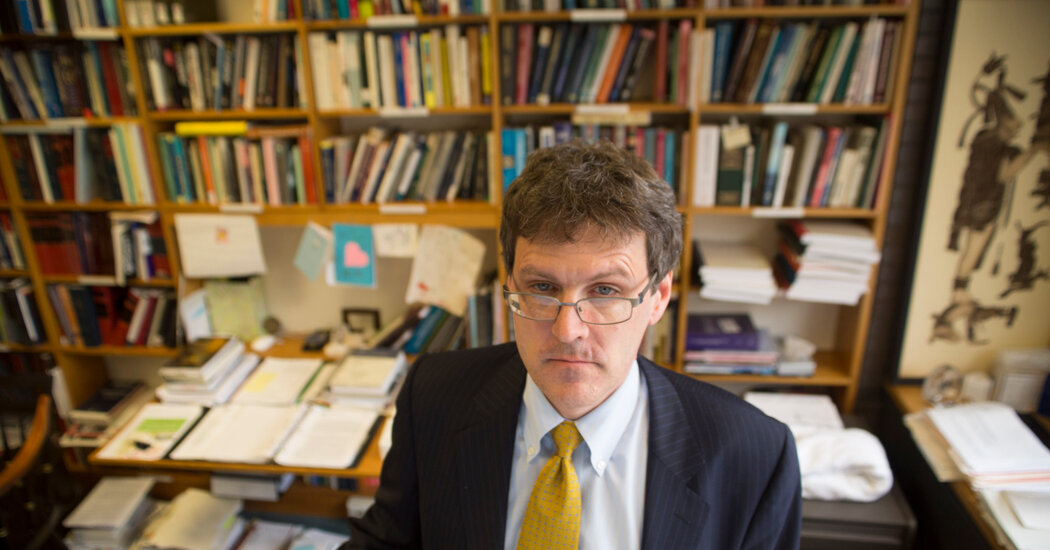 In the near future, giant index funds, those low-cost investments that have helped millions of people to build nest eggs, will gain “practical power over the majority of U.S. public companies.”

That nightmarish vision originated in a prescient 2018 paper by John Coates.

Mr. Coates was a professor of Harvard Law School when he laid out his argument — one that I share. Now, he is a policymaker. In February, he became acting director of the Securities and Exchange Commission’s division of corporation finance. Under the new reform-minded S.E.C. chairman, Gary Gensler, Mr. Coates is in a position to address the problems he has analyzed so painstakingly.

Neither Mr. Coates nor Mr. Gensler was available for an interview, but in that paper, Mr. Coates laid out his views. Index funds, which simply track the market and make no attempt to outperform it, are so effective and cheap, he said, that they have become the investment vehicle of choice for trillions of dollars of assets. Yet under current rules, it is the index fund executives, not the millions of people who invest in them, who have the power to cast proxy votes.

Those votes are the heart of a system intended to give investors a voice on crucial matters like how much the chief executive is paid or whether a company is damaging the environment.

wrote in December 2019, that lack of proxy voting capability leaves vast numbers of investors out of the equation, and gives corporations inordinate power. Consider that roughly half of all American households, comprising tens of millions of people, have a stake in the stock market. But most own equities indirectly through funds — mainly index funds.

That leaves fund managers with the decisive power over corporate governance, and the biggest fund companies have sided with management roughly 90 percent of the time.

As Mr. Coates wrote in 2018, “Control of most public companies — that is, the wealthiest organizations in the world, with more revenue than most states — will soon be concentrated in the hands of a dozen or fewer people.” The title of his paper was “The Problem of Twelve,” referring to the unelected leaders of index fund operations.

What’s worse, mutual fund companies are frequently conflicted. Many receive revenue from public traded corporations for providing financial services connected to retirement plans, yet have the responsibility of casting critical votes on how those companies are run. Scholars like Mr. Coates have worried about these conflicts for years.

study, “Uncovering Conflict of Interests: Proxy Voting Data Reveals Bias for Asset Managers to Favor Clients,” was done by the group As You Sow, which files for shareholder proposals on issues such as the environment, gender and racial diversity, and executive pay.

The group based its finding on an analysis of 9.6 million proxy votes by fund companies, along with Labor Department records that show how much fund companies were paid for retirement plan services.

“The big fund companies have a massive aggregation of power that comes from the investments of their shareholders,” said Andrew Behar, chief executive of As You Sow. “At the very least, the fund companies shouldn’t be allowed to vote if they have conflicts of interest.”

Such apparent conflicts are permitted under current rules, as Mr. Coates noted in his 2018 paper. There are many possible regulatory solutions, but the fundamental cure would be to take proxy voting power away from the fund companies and put it in the hands of millions of fund shareholders. That change would be especially important for investors in broad-based index funds, which mirror the stock market and cannot divest shares of individual companies.

Say you don’t want to put money into Exxon Mobil because you disagree with its approach to climate change. If you own shares in an S&P 500 index fund, you will have an indirect stake in Exxon nonetheless. And if you hold the fund in a workplace retirement account, you may be stuck. Only 3 percent of 401(k) plans include investment options based on what are known in the industry as environmental, social and governance (E.S.G.) principles, according to the research firm Morningstar, a research firm that rates funds.

Reflecting widespread concern about climate change, fund companies appear to be shifting some of their proxy votes, Morningstar said. BlackRock, headed by Larry Fink, has called for a speedy transition to a “net zero economy” and Vanguard in April adopted guidelines that may lead to more “E.S.G.-friendly” votes, said Jackie Cook, director of investment stewardship research at Morningstar.

INDEX, has taken a small step that could have revolutionary implications: This year, it has begun asking shareholders how they want to vote.

Index Proxy Polling,” an easy way for shareholders to convey their preferences on proxy votes for S&P 500 companies. The aim is to demonstrate how shareholders in an index fund could express their opinions.

So far, only about 100 investors have participated, said Mike Willis, the fund manager, and current S.E.C. regulations require him to make the final voting decisions on behalf of the fund. But he said he hoped the S.E.C. would eventually allow him “to move to real shareholder democracy and go to pass-through voting, in which the shareholders say what they want and we just cast the vote for them.”

I commend Mr. Willis for his innovative approach, but note that this is not a typical index fund. It is an equal-weighted version of the S&P 500: It gives equal emphasis to big and small companies, so it may underperform the market when giants like Apple boom, and do better than the standard index when smaller companies excel. Its expense ratio of 0.25 percent is reasonable but not as low as some of the giant funds.

If experiments like this catch on, they could help to move the markets closer to something resembling shareholder democracy. But legislators and regulators — people like Mr. Coates and Mr. Gensler — will need to weigh in, too, if we are to avert a future in which the voices of investors are muffled and giant corporations are dominated by even more powerful index funds.

Hometown Deli, Paulsboro, N.J.Mike Calia | CNBCThree men were charged with fraud and other crimes in a scheme involving a company that was worth $100 … END_OF_DOCUMENT_TOKEN_TO_BE_REPLACED

Even before Jens Rasmussen and Maria Aparo decided to spend their lives together, they shared several experiences. Both, for instance, have enjoyed … END_OF_DOCUMENT_TOKEN_TO_BE_REPLACED