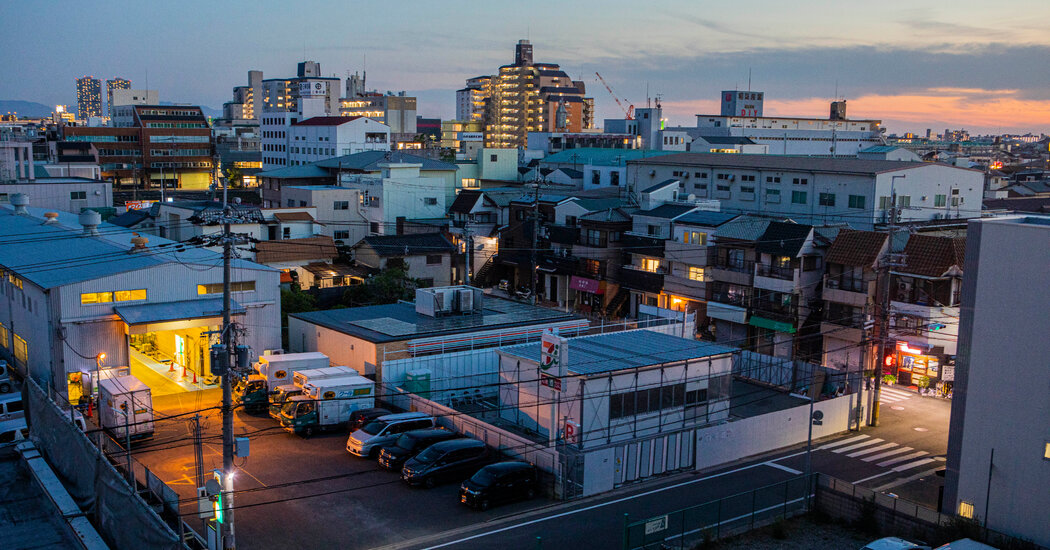 HIGASHI-OSAKA, Japan — Across Japan, it can seem as if there’s a 7-Eleven on every corner.

Now, on a single corner in a working-class suburb of Osaka, there are two.

The unusual pairing is the latest manifestation of a grudge match between one of Japan’s most powerful companies and, arguably, one of its most stubborn men.

Mitoshi Matsumoto, a franchisee, ran one of the two 7-Elevens until the chain revoked his contract in 2019 after he dared to shorten his operating hours. For over a year, his store has sat empty as he and 7-Eleven have battled in court over control of the shop. Fed up and with no end in sight, the company decided on a stopgap: It built a second shop in what used to be Mr. Matsumoto’s parking lot.

The conflict’s outcome will determine not just who gets to sell rice balls and cigarettes from one tiny patch of asphalt and concrete. It could also have profound implications for 7-Eleven’s authority over tens of thousands of franchise shops across Japan, part of a convenience store network so ubiquitous that the government considers it vital to the national infrastructure during emergencies.

lenient stance on operating hours. It is not clear how far the changes will go or whether regulators will follow through on their threat.

Mr. Matsumoto is bemused by 7-Eleven’s decision to build a new shop next door to his. “Everyone had forgotten about me,” he said during a recent visit to the construction site. “Now they’ve put me back in the news again.”

As he watched a crane do excavation work, a passing bicyclist stopped to share a few words of encouragement, urging Mr. Matsumoto not to let the “big guys” win.

Last year, Mr. Matsumoto says, the company offered him 10 million yen, or more than $92,000, to drop his case. The court encouraged him to accept the offer. But he wasn’t interested. Now, the company is trying the opposite approach. Its lawyers have said they will bill him ¥30 million for construction of the new store.

Either way, it’s the same to him, Mr. Matsumoto said. “It’s not about the money,” he said. “It’s about something bigger.”

The same could be said for 7-Eleven. A sign in front of the construction site sums it all up: The building is temporary.

Win or lose, the company plans to tear it to the ground.

AUSTIN, Texas--(BUSINESS WIRE)--As the first multifamily management company to be recognized in the Public Relations and Marketing Excellence Awards, … END_OF_DOCUMENT_TOKEN_TO_BE_REPLACED

There have been whispers of cooling housing and rental prices in the San Francisco Bay Area, but that hasn't yet translated into practical, noticeable … END_OF_DOCUMENT_TOKEN_TO_BE_REPLACED

Cars pass in Independence Square at twilight in Kyiv, Ukraine, Monday, Oct. 31, 2022. Rolling ... [+] blackouts are increasing across Ukraine as the … END_OF_DOCUMENT_TOKEN_TO_BE_REPLACED