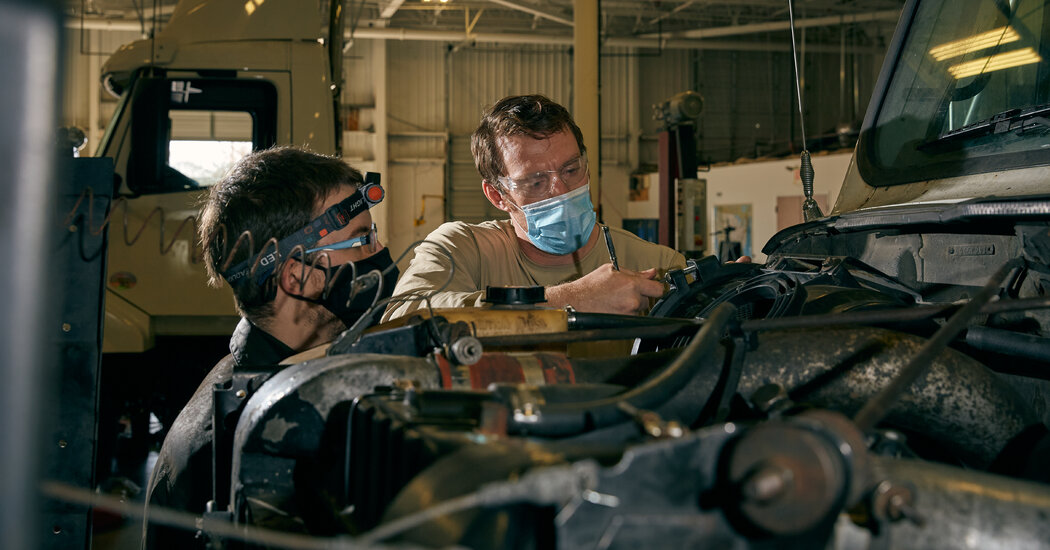 American Diesel Training, a school in Ohio that prepares people for careers as diesel mechanics, is part of a new model of work force training — one that bases pay for training programs partly on whether students get hired.

The students agree to an share about 5 percent to 9 percent of their income depending on their earnings. The monthly payments last four years. If you lose your job, the payment obligation stops.

Early results are promising, Steve Lohr reports for The New York Times, and experts say the approach makes far more economic sense than the traditional method, in which programs are paid based on how many people enroll. But there are only a relative handful of these pay-for-success programs. The challenge has been to align funding and incentives so that students, training programs and employers all benefit.

Social Finance, a nonprofit organization founded a decade ago to develop new ways to finance results-focused social programs, is seeking, designing and supporting new programs — for-profit or nonprofit — that follow the pay-for-success model.

“There is emerging evidence that these kinds of programs are a very effective and exciting part of work force development,” said Lawrence Katz, a labor economist at Harvard. “Social Finance is targeting and nurturing new programs, and it brings a financing mechanism that allows them to expand.”

AUSTIN, Texas--(BUSINESS WIRE)--As the first multifamily management company to be recognized in the Public Relations and Marketing Excellence Awards, … END_OF_DOCUMENT_TOKEN_TO_BE_REPLACED

There have been whispers of cooling housing and rental prices in the San Francisco Bay Area, but that hasn't yet translated into practical, noticeable … END_OF_DOCUMENT_TOKEN_TO_BE_REPLACED

Cars pass in Independence Square at twilight in Kyiv, Ukraine, Monday, Oct. 31, 2022. Rolling ... [+] blackouts are increasing across Ukraine as the … END_OF_DOCUMENT_TOKEN_TO_BE_REPLACED