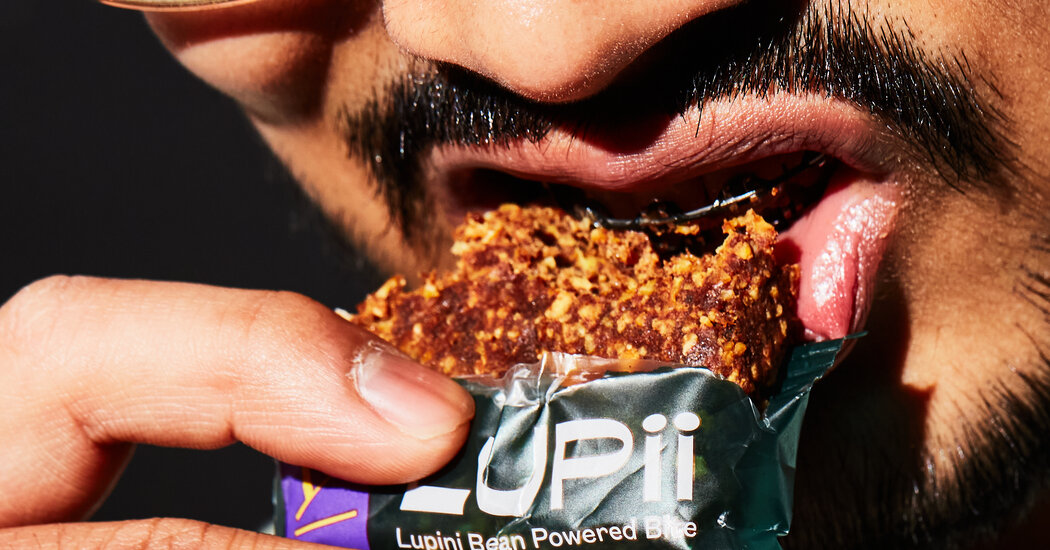 “For the next few months, me and my wife were up morning to night, packaging orders and making the dreaded trip to the post office every day to drop off the packages,” Mr. Schmerling said.

Another start-up, SnackMagic, entered to help.

Its roots trace back to March of last year, when a food delivery service called Stadium was on track to have its best month ever. Founded in 2018, Stadium carved out a niche for the business lunch where no one can decide among sushi, salads or burgers. Its group ordering systems allowed employees to pick whatever they wanted from a variety of restaurants. Stadium collected the food and delivered it to the office.

The pandemic, and New York City office closures, caused Stadium’s business to evaporate overnight, so a co-founder, Shaunak Amin, and other executives scrambled to find a Plan B. They eventually realized that a number of snack companies were sitting on tons of bars, cookies and drinks that grocery stores and others didn’t want because they were focusing on essential goods.

Stadium had a side business of allowing office workers to throw a snack — a bag of chips or a cookie — into their food order. Now, that would become Stadium’s primary business. Two months later, SnackMagic was allowing companies to send boxes of snacks to people working at home — a treat ahead of a Zoom meeting or simply a thank-you, Mr. Amin said.

As employees begin to trickle back into offices, the question for Lupii and other companies is: Where are people going to want to try a new snack?

Many are betting consumers will still want novelty at home. Others have said some office micro kitchens are cutting budgets, uncertain how many employees will return to the office on a regular basis.

It’s a property that offers a unique open floor plan—plus a hot tub with a view.“It was a Methodist church located in a historic little area of St. … END_OF_DOCUMENT_TOKEN_TO_BE_REPLACED