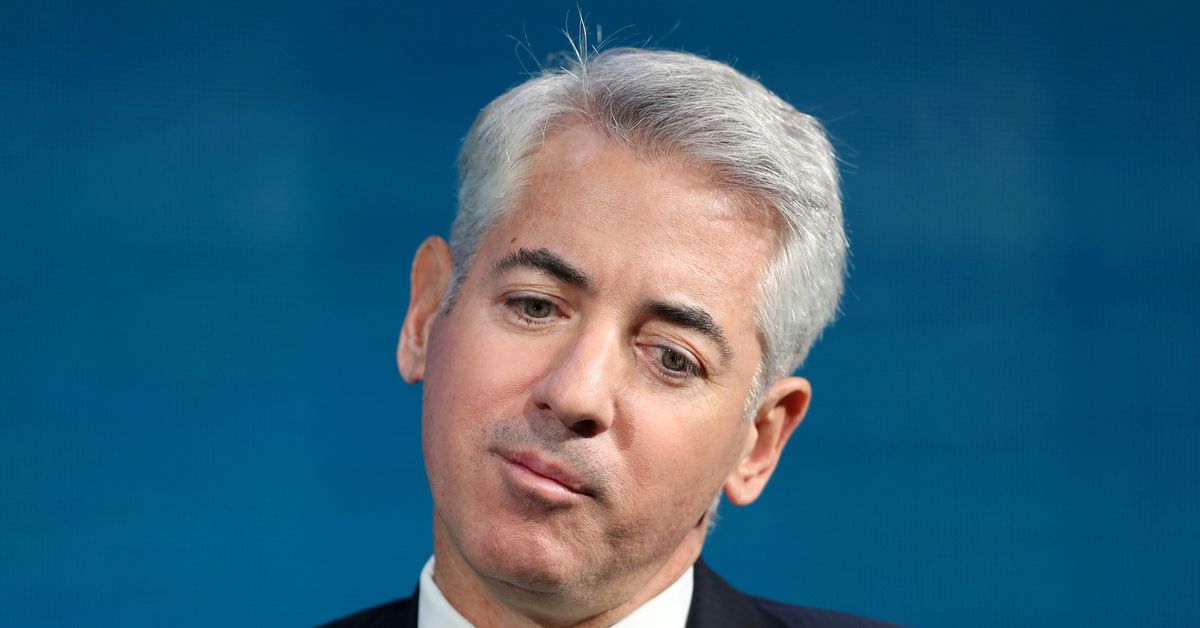 In a letter to his clients, Ackman praised the company’s “best-in-class management team” and on Twitter the manager said he has long admired Netflix CEO Reed Hastings and the “remarkable company he and his team have built.”

Netflix shares climbed as much as 5% in after-hours trading. They had tumbled more than 30% in the last five days, a much steeper swoom than the broader market. After the market closed last Thursday, Netflix forecast weak subscriber growth. read more

Ackman, whose firm invests $22.5 billion,wrote that he had been analyzing Netflix at the same time he was investing in Universal Music Group and was ready to buy when Netflix’ “stock price declined sharply last Friday.”

“Now with both UMG and Netflix, we are all-in on streaming as we love the business models, the industry contexts, and the management teams leading these remarkable organizations.”

To raise the cash to make the Netflix purchase, Ackman said the firm unwound a big piece of its interest rate hedge which generated profits of $1.25 billion.

He said that if he had not sold the hedge, his performance would have been better. His Pershing Square Holdings lost 13.8% in the first three weeks January, the worst start to a year for the manager in years.

He said these companies are high quality businesses that can withstand inflationary pressures because they are able price their products to preserve profits.

Netflix’ stock price surged during the pandemic as live performances were shut down and movie theaters were largely off limits.

The company has been a favorite with prominent investors before. Roughly a decade ago Carl Icahn, an activist investor like Ackman, took a 10% position in Netflix and thought the company might need to sell itself to a technology company as its shares were undervalued. Ackman, who has pushed other companies to perform better, appears to be approaching this investment as a friendly investor. “We are delighted that the market has presented us with this opportunity,” he wrote on Twitter.

Daniel Acker | Bloomberg | Getty ImagesHome prices are softening in most markets across the nation.Yet home prices are still higher compared with a … END_OF_DOCUMENT_TOKEN_TO_BE_REPLACED

Joel Silver has been responsible for some of Hollywood's biggest franchises, including "The Matrix," "Die Hard," "Predator," and "Lethal Weapon."So … END_OF_DOCUMENT_TOKEN_TO_BE_REPLACED