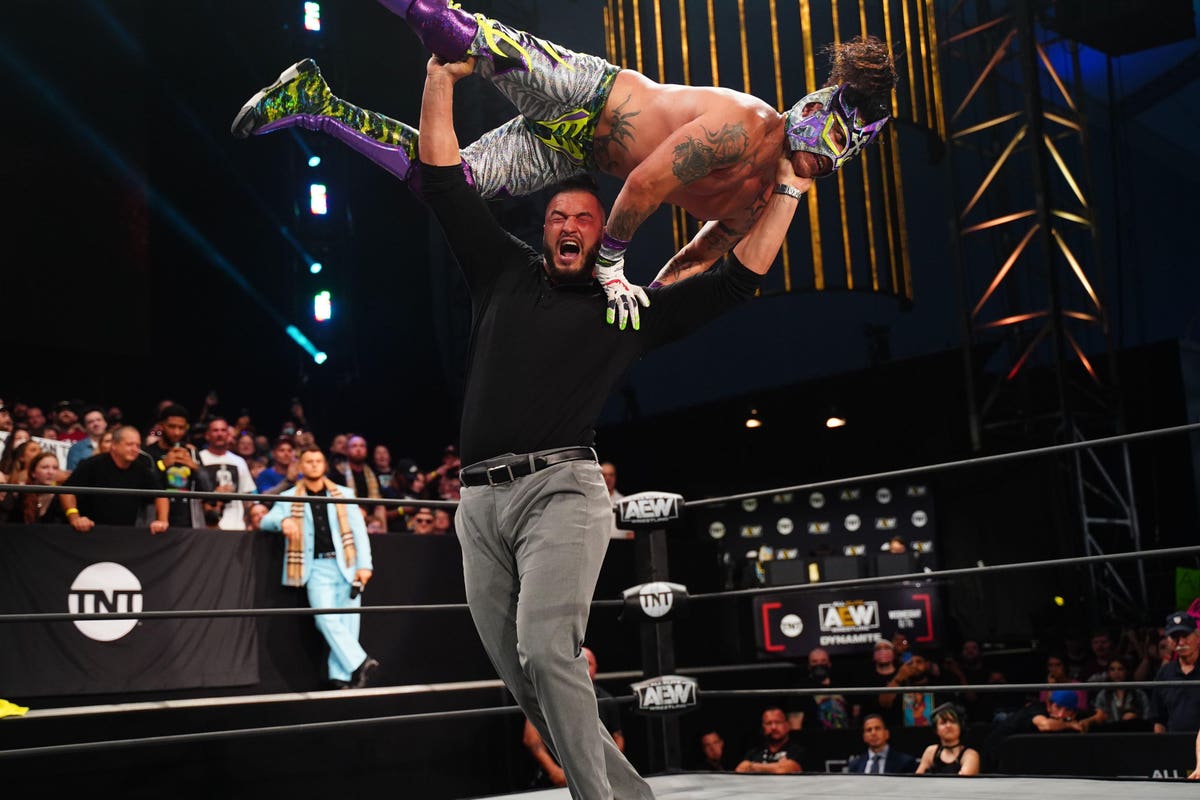 AEW continued to remain white-hot, garnering over one million viewers for the fourth consecutive week for AEW Dynamite Homecoming, which drew 1.102 million viewers.

The Elite def. Dante Martin and The Sydal Brothers

This match quickly became the Dante Martin show who tore the entire house down before ultimately suffering defeat.

Don Callis’ potshots at Pittsburgh were only outdone by Christian using the word “jagoff” to cause this place to come unglued.

There were “CM Punk” and “yes” chants throughout the talking segment that followed. In fact, the only former WWE Superstar who didn’t get chants was Christian.

If this crowd was this hot for the first two segments, I can only imagine the reaction for hometown hero Britt Baker.

Daniel Garcia looked like he legitimately could have sprung an upset against Darby Allin during parts of this match.

This might have been one of Darby Allin’s safest matches in a while. No, that’s not saying much, but this was a helluva wrestling match.

I’m surprised this segment came and went without an advertised Sting appearance for the first episode of AEW Rampage.

Orange Cassidy took this match to remind the world that he’s still one of the brightest superstars AEW has. This crowd was all too happy to cheer him on the zanier his offense got, and he even introduced new wrinkles like falling from the bottom-rope.

After only getting a one count for his bottom-rope slash, Orange Cassidy hilariously argued he got a two count.

AEW has a pattern of having somebody run out and attack their opponent ahead of their match later on in the evening and I love it. This happened when Nyla Rose attacked Kris Statlander.

The best sequence of this mach came when Nyla tried her diving knee with Kris Statlander on the top rope, which led to Statlander walking out of this predicament on her hands only to take a Spear while upside down.

The announce team did a good job putting over the shock and surprise of Kris Statlander beating Nyla Rose.

Luchausaurus blocked a Nick Jackson layup and Matt Jackson complained that he was using a moving screen, which was such an accurate pickup basketball sequence.

AEW can afford all this mainstream theme music and former WWE top stars, but not a couple thousand more terrible towels so the whole arena could wave them?

Britt Baker might be able to run for Mayor of Pittsburgh based on this promo alone.

Poor Red Velvet is the clear heel in this feud as long as it is in Pittsburgh, which will be the case this Friday on AEW Ranpage.

Watching Stu Grayson and Evil Uno run wild made me think about the potential classic the world is missing out on because The Dark Order doesn’t get to challenge The Young Bucks for the AEW Tag Team Championships (yet).

Luke Gallows added tassels to his gear, which is always an upgrade in pro wrestling.

Nobody does more with less in AEW than Frankie Kazarian, and Kazarian as an IMPACT original getting involved in this match was a nice touch.

Boy, whatever conflict The Factory had with Tony Schiavone really escalated quickly as they mugged his son, who Tony Schiavone mentioned was in the building earlier on commentary.

There was a surprising “Deadman” reference by Jim Ross when he described Jericho beating The Undertaker with The Codebreaker in the past, only for Wardlow to kick out of it immediately.

The story of this match was Cheris Jericho being absolutely dominated and he didn’t pick up the win until having to use a baseball bat.

Similar to MJF’s match against Jon Moxley, next week’s stipulation for Chris Jericho Fifth Labour of Jericho is Jericho can’t use the Judas Effect. A friendly reminder, Moxley ended up using his finisher against MJF anyway at last year’s AEW All Out.

These fans seemed more upset with MJF banning “Judas” than they were for MJF banning the Judas Effect.

Editor’s Note: This story is part of As Equals, CNN’s ongoing series on gender inequality. For information about how the series is funded and more, … END_OF_DOCUMENT_TOKEN_TO_BE_REPLACED

IdentityForce, a service from the credit bureau TransUnion, monitors your personally identifiable information (PII) so you don’t have to do it … END_OF_DOCUMENT_TOKEN_TO_BE_REPLACED