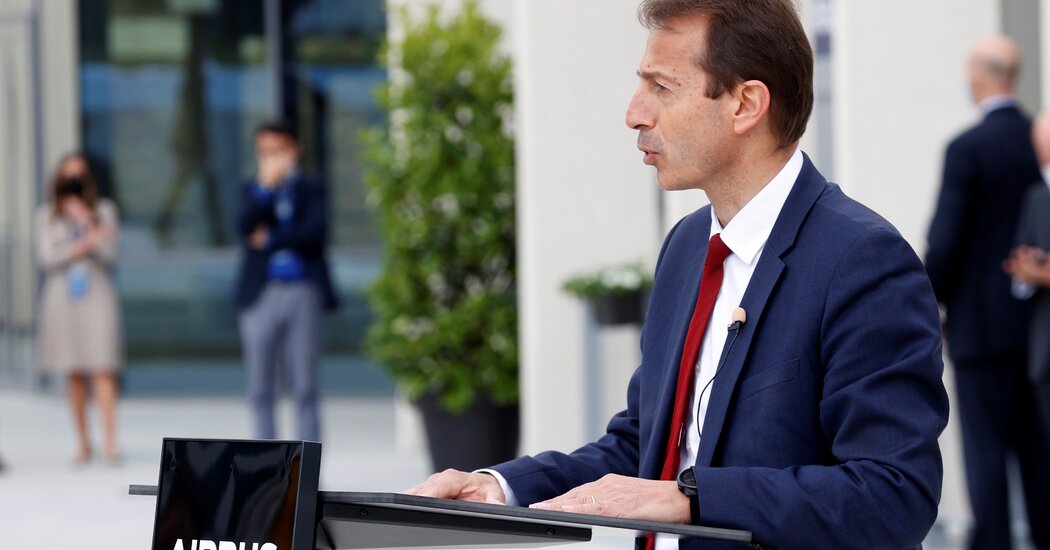 Airbus announced Thursday that it had returned to a profit in the first quarter following a 1.1 billion euro loss last year because of the coronavirus pandemic, but its top executive warned that the economic toll would continue.

“The first quarter shows that the crisis is not yet over for our industry, and that the market remains uncertain,” Guillaume Faury, chief executive of the world’s largest airplane maker, said in a statement.

Airbus booked a net profit of 362 million euros ($440 million) between January and March, compared with a loss of 481 million euros a year earlier, as cost-cutting measures — which included more than 11,000 layoffs announced last year for its global operations — bolstered the bottom line. Revenue fell 2 percent to 10.5 billion euros.

Airbus has previously warned that the industry might not recover from the disruption caused by the pandemic until as late as 2025, as new virus variants delay a resumption of worldwide air travel.

Given the uncertain outlook, Airbus won’t ramp up aircraft deliveries this year. The company said it expected to deliver 566 aircraft on back order from airline companies, the same number as last year.

It maintained its forecast for an underlying operating profit of two billion euros for the year.

AUSTIN, Texas--(BUSINESS WIRE)--As the first multifamily management company to be recognized in the Public Relations and Marketing Excellence Awards, … END_OF_DOCUMENT_TOKEN_TO_BE_REPLACED

There have been whispers of cooling housing and rental prices in the San Francisco Bay Area, but that hasn't yet translated into practical, noticeable … END_OF_DOCUMENT_TOKEN_TO_BE_REPLACED

Cars pass in Independence Square at twilight in Kyiv, Ukraine, Monday, Oct. 31, 2022. Rolling ... [+] blackouts are increasing across Ukraine as the … END_OF_DOCUMENT_TOKEN_TO_BE_REPLACED