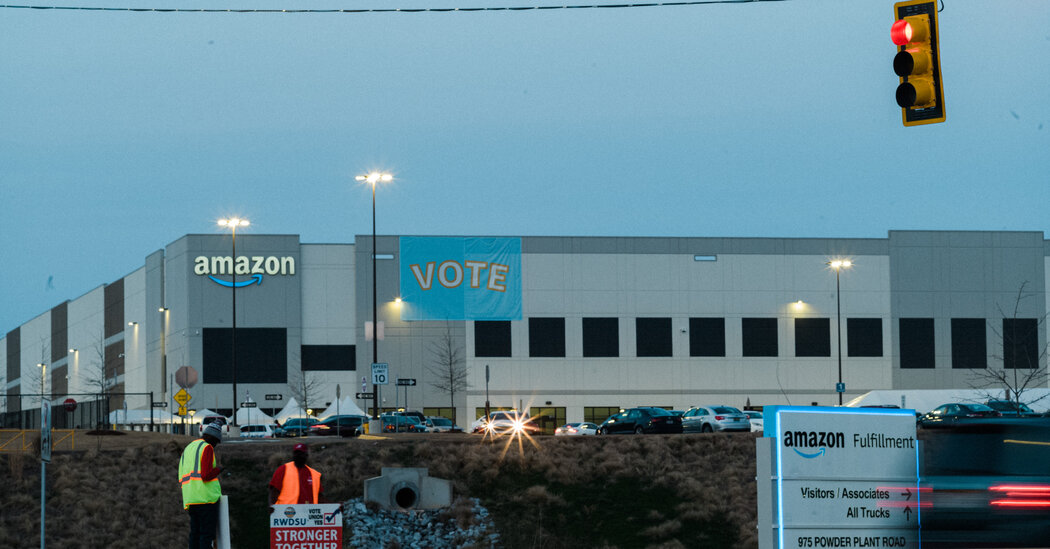 The most recent figure for the median wage in the greater Birmingham, Ala., was nearly $3 above Amazon’s pay at its warehouse in Bessemer, despite Amazon promoting that most rank-and-file workers there make around $15.50 an hour.

It is common for employers facing a union vote to emphasize the generosity of their wages and to suggest that workers could be worse off if they unionize, Noam Scheiber reports for The New York Times.

The catch is that wages at plants that have successfully avoided unionization have tended to be substantially higher than the typical wage in their areas, reinforcing workers’ sense that they had something valuable to lose.

The union lost in all three cases.

By contrast, unions have been successful when companies have held down wages. During the first half the 2010s, workers unionized at several auto parts suppliers in Alabama and elsewhere in the South, often citing low pay and benefits as the impetus.

roughly two-to-one ratio. Workers at the plant complained of wages that started as low as $9.70 an hour for temporary workers and topped out at $15.80 for full-time employees.

“Workers always say this: It’s about respect, recognition,” said Gary Casteel, the U.A.W.’s former second-ranking official, who helped oversee much of its organizing in the South. “That’s not the case. It is about the money. Everybody wants to get paid more.”

The poshest place in California's Coachella Valley is The Madison Club. This exclusive gated community in La Quinta is where A-listers and tycoons … END_OF_DOCUMENT_TOKEN_TO_BE_REPLACED

KOROPY, Ukraine — Four men tugged at long strips of fabric to lift a coffin out of the gaping hole in the backyard of a small house. They flung the … END_OF_DOCUMENT_TOKEN_TO_BE_REPLACED