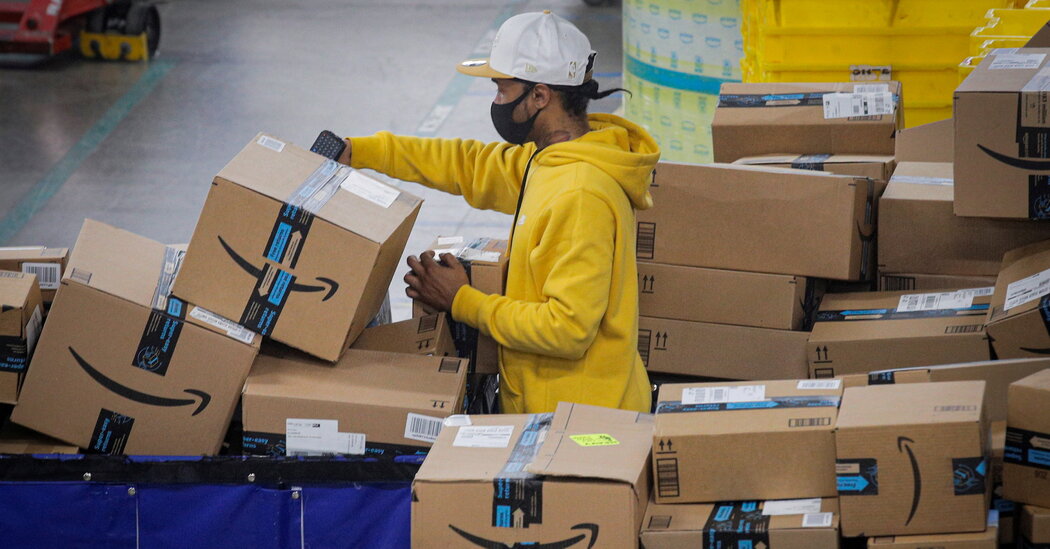 With the pandemic shifting sales online and consumers flush with stimulus checks, Amazon on Thursday reported $108.5 billion in sales in the first three months of the year, up 44 percent from a year earlier. It also posted $8.1 billion in profit, an increase of 220 percent from the same period last year.

The first-quarter results surpassed Wall Street’s expectations. Shares were up as much as 5 percent in aftermarket trading.

The most profitable parts of Amazon’s retail business boomed. Revenue from merchants listing items on its website and using its warehouses was up 64 percent, to $23.7 billion. Its “other” business segment, which is largely its lucrative advertising business, increased 77 percent, to almost $7 billion.

Amazon previously disclosed that 200 million people pay for Prime memberships, and subscription revenue for that service and others reached almost $7.6 billion in the quarter. In addition to paying Amazon $119 a year or $12.99 a month for free shipping and other perks, households with Prime memberships typically spend $3,000 a year on Amazon, more than twice what households without the membership spend, according to Morgan Stanley.

step down as chief executive later this year and transition into the role of executive chairman.

Amazon’s total work force dipped slightly between December and the end of March, falling by 27,000 to 1,271,000 employees globally. That was still 51 percent more workers than the same period last year. On Wednesday, Amazon announced it would increase pay for half a million workers and was hiring “tens of thousands” more.

AUSTIN, Texas--(BUSINESS WIRE)--As the first multifamily management company to be recognized in the Public Relations and Marketing Excellence Awards, … END_OF_DOCUMENT_TOKEN_TO_BE_REPLACED

There have been whispers of cooling housing and rental prices in the San Francisco Bay Area, but that hasn't yet translated into practical, noticeable … END_OF_DOCUMENT_TOKEN_TO_BE_REPLACED

Cars pass in Independence Square at twilight in Kyiv, Ukraine, Monday, Oct. 31, 2022. Rolling ... [+] blackouts are increasing across Ukraine as the … END_OF_DOCUMENT_TOKEN_TO_BE_REPLACED