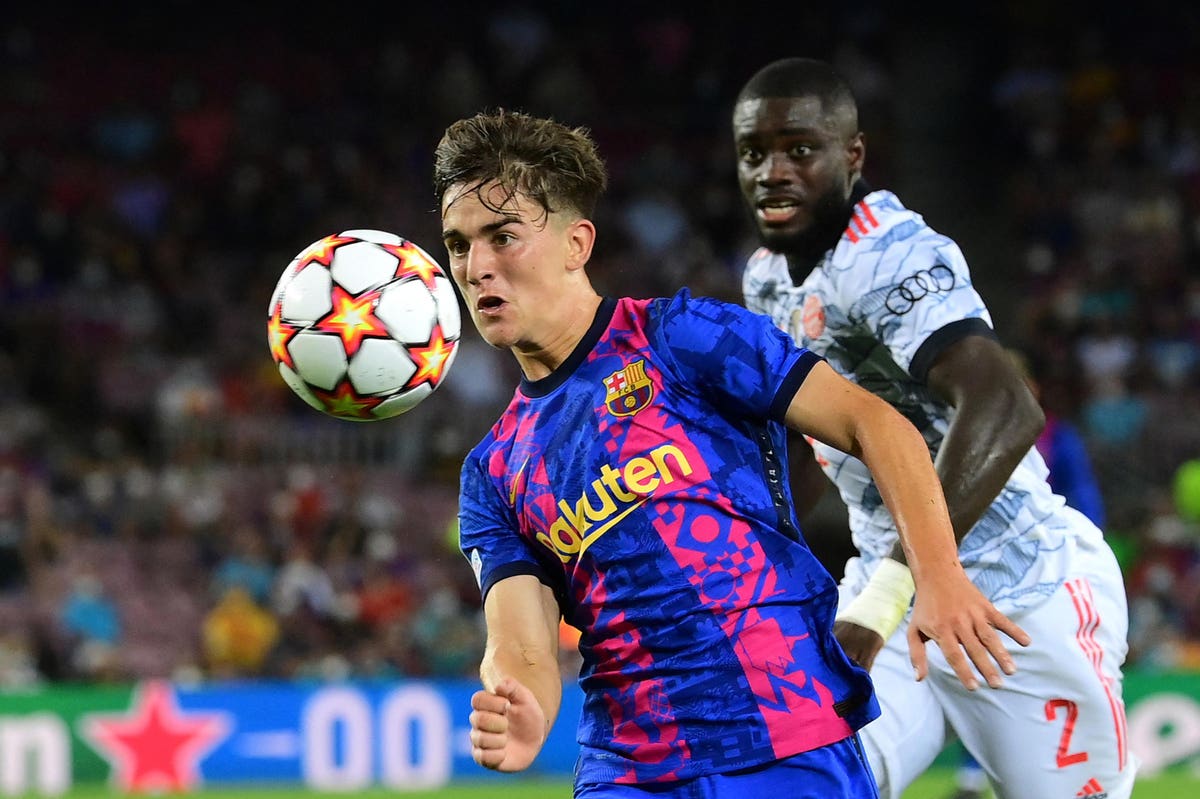 “They told me that I was too old and that I could no longer play at a high level.”

That’s what Atletico Madrid striker Luis Suarez has said that Barcelona told him when they made the decision to let him go.

After Suarez scored the winner against Barcelona ahead of the international break, many have claimed that he had the last laugh, mocking Barca boss Ronald Koeman with his telephone call celebration.

But while Suarez is still a top player capable of helping clubs win major trophies, Barcelona’s aging players on high salaries were a large part of the reason for their recent financial troubles. For the Catalan club to thrive in the future, they need to return to what made them the best team in world soccer around a decade ago.

Barcelona’s Champions League triumphs under Pep Guardiola in 2009 and 2011 came on the back of Lionel Messi and the holy midfield trinity of Xavi, Andres Iniesta and Sergio Busquets.

The club spent a fortune trying to find a way to replace the magic in their midfield, but now a new midfield trinity might be emerging.

Pedri burst onto the scene last season and made his name at Euro 2020 where he was named in the team of the tournament. He isn’t just on the way to being Barcelona’s next star. He is a star already, and reportedly is on the shortlist for the Ballon d’Or.

Before picking up a muscle injury, he was played in a midfield three including the 33-year-old Busquets and Frenkie de Jong. But he could soon be forming a new midfield three with youth players Nico Gonzalez and Gavi.

Gavi made his debut for Spain on Wednesday, becoming the youngest ever player in Spain’s history. It was a debut to remember, leading national team boss Luis Enrique to call him the future of the Spanish national team. He played again in the Nations League final against France on Sunday which Spain lost 2-1.

The third member of this possible new midfield is Nico Gonzalez, who impressed alongside Gavi in the 3-0 win over Levante earlier in the month. That’s the only time this season that they have lined up alongside each other this season, and it could be some time before Barcelona fans see all three players in the same starting line-up.

Nico is seen as the long-term replacement for Busquets, but appears to not quite be as ready for the first team as Pedri and Gavi, and all of his appearances so far have been alongside, rather than replacing Busquets.

Barcelona’s current financial crisis means they can’t really buy top class players, but by promoting the next generation of stars, they could start creating what might turn out to be the next great Barcelona team.

Bringing through these new stars could also help reconnect the club with its fanbase and reignite the myth of the club’s La Masia academy.

Head coach Ronald Koeman’s future hangs in the balance, especially after Barcelona’s 3-0 defeat to Benfica in the Champions League. Failure to reach the knockout stages will cost the club millions of dollars – money that they badly need to improve their financial position.

This could make the club think short term, and if they feel that Koeman isn’t the man to get them through the Champions League group stage then he will likely be out the door.

Koeman will no doubt be thinking of his short-term future, but has at least given these young players a chance to show what they can do. He publicly criticized Nico Gonzalez after Barcelona’s loss to Atletico Madrid, but at least he played him, and by playing Nico alongside Busquets, Koeman gave the 19-year-old some support on the pitch rather than throwing him in at the deep end.

For Barcelona to come through this crisis in a position of strength, they need to keep hold of their young stars and tie them down on new contracts so they don’t lose them on the cheap. It is hard to strike that balance between the short-term and the long-term, but if they do sell their young potential superstars, then it will be a much longer journey back to the top of European soccer.

Whether Koeman stays, or Barcelona replace him with another coach, whoever is in the Camp Nou dugout must nurture these young stars, as they could help create Barcelona’s next great team.

“He provided a very clear thesis,” Mr. Gogna said, explaining that Mr. Gill’s work was an accessible contrast to other information — “charts, all … END_OF_DOCUMENT_TOKEN_TO_BE_REPLACED

Joe Burrow #9 of the Cincinnati Bengals against the Tennessee Titans during the AFC Divisional Playoff at Nissan Stadium on January 22, 2022 in … END_OF_DOCUMENT_TOKEN_TO_BE_REPLACED