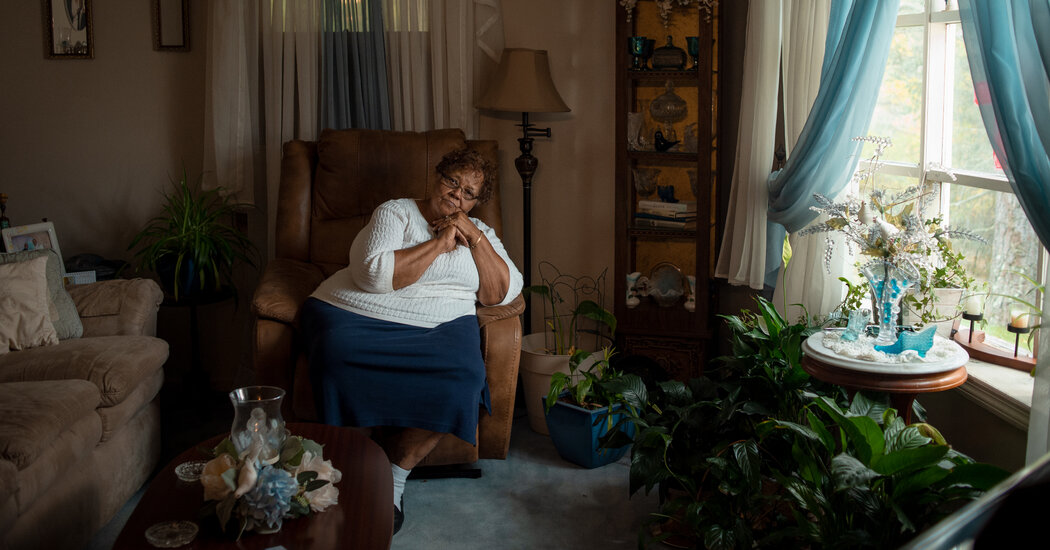 “We’re getting more and more older people who lived through this experiment with do-it-yourself pensions, and they’re coming into this age group without the same kind of incomes that older people have,” said Teresa Ghilarducci, an economics professor at the New School who specializes in retirement policy. “I don’t think it’s a blip.”

More on Social Security and Retirement

Even though the share of elderly people officially below the poverty line is low by historical standards in the United States, it remains among the highest in the developed world, according to the Organization for Economic Cooperation and Development. The average poverty rate for older Americans also masks far higher shares among more vulnerable groups, with nearly one in five Black and Hispanic women 65 or older falling below the official poverty threshold in 2021. It’s higher for single people, too — a reality forced on hundreds of thousands of older Americans whose spouses died of Covid-19.

The poverty rate is also not a bright line when it comes to financial hardship. It doesn’t take into account debt, which more seniors have accumulated since the Great Recession. Moreover, nearly one in four people 65 or older make less than 150 percent of the federal poverty line, or $19,494 on average for those living alone. Another measure, developed by the Gerontology Institute at the University of Massachusetts Boston and called the Elder Index, finds that it takes $22,476 for a single older person in good health with no mortgage to cover basic needs, with the cost escalating for renters and those with health problems.

“To some extent we’re splitting hairs when we talk about people who fall just above and just below, because they’re all struggling,” said Jan Mutchler, a demographer at the University of Massachusetts at Boston who helped devise the Elder Index. “The assumptions that go into what we’re calling hardship are just flawed.”

That’s true for Juanita Brown, 77, who lives on her own in Galax, a small town in Virginia’s Blue Ridge Mountains. A farmer’s daughter, she worked as a nanny, and then a certified nursing assistant, and then a preschool teacher. Her husband worked in the local textile industry, and after raising two children, they had built a substantial nest egg.

But then Ms. Brown’s mother developed Alzheimer’s disease and couldn’t support herself. Ms. Brown stopped working to take care of her, which cost another $500 per month in expenses. Her husband got prostate cancer, which required extended trips to the hospital in Winston-Salem, N.C.

AUSTIN, Texas--(BUSINESS WIRE)--As the first multifamily management company to be recognized in the Public Relations and Marketing Excellence Awards, … END_OF_DOCUMENT_TOKEN_TO_BE_REPLACED

There have been whispers of cooling housing and rental prices in the San Francisco Bay Area, but that hasn't yet translated into practical, noticeable … END_OF_DOCUMENT_TOKEN_TO_BE_REPLACED

Cars pass in Independence Square at twilight in Kyiv, Ukraine, Monday, Oct. 31, 2022. Rolling ... [+] blackouts are increasing across Ukraine as the … END_OF_DOCUMENT_TOKEN_TO_BE_REPLACED