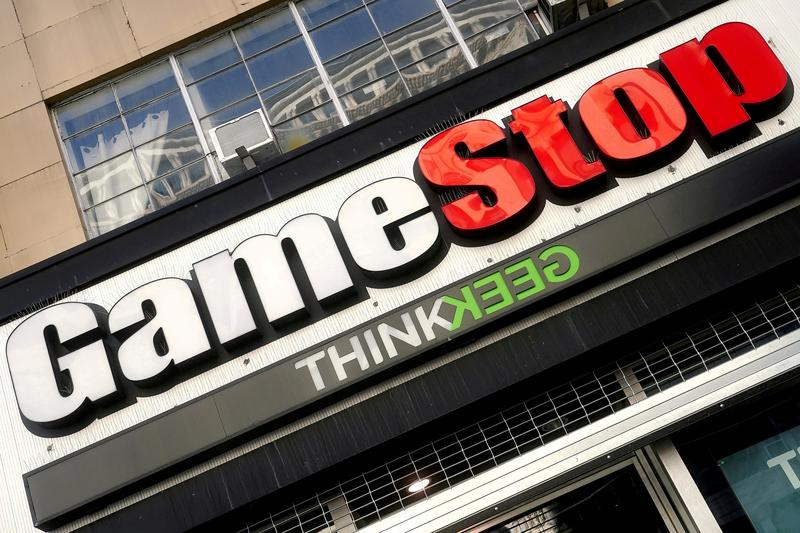 NEW YORK (Reuters) – Joe Youngblood, who works in digital marketing in Dallas, Texas, bought his first share of GameStop at $98 in early February and found his investment cut in half in a matter of days. After a wild ride, he is now up more than 200% and expects the video game retailer to initiate a much-awaited turnaround of its business.

“I am kicking myself for not buying more when it dropped below $50,” said Youngblood. “After research I believe GameStop has a good chance to pull it off.”

The latest resurgence in GameStop shares has reinvigorated true believers. Still, many analysts point to the rally in beaten-down “meme stocks” championed in forums such as Reddit’s WallStreetBets as evidence for speculative excess in stimulus-fueled markets.

“I think this is a cult stock,” said Michael Pachter, managing director of equity research at Wedbush Securities. “The rally is because of demand from the Reddit Raiders, and it’s not clear it will be sustainable as the stock rises to ever higher levels.”

GameStop shares closed on Wednesday up 7% at $265 after hitting a session peak of $348.50, which was 800% above last month’s low. Among the factors driving the stock are bets on improving fundamentals and hopes for another short squeeze like the one in late January, which drove prices as high as $483. Many GameStop investors also hope Americans will plow money from their coming stimulus checks into the stock.

Some expect GameStop to take advantage of the new rally by launching a share offering to pay down debt. Its earnings report, scheduled for March 23, could clear the way.

GameStop did not reply to a request for comment on its stock price.

Analysts who cover GameStop have a median price target of $12.50 on the stock. Wednesday’s closing price was 21 times higher than that.

Hopeful investors have interpreted Cohen’s cryptic tweets, including a picture of an ice cream cone, as signs he is pushing the retail chain away from its brick-and-mortar model. Still, Pachter said even the most successful transition would not justify such a stratospheric stock price.

For the quarter ended Oct. 31, GameStop reported here a net loss of $18.8 million and a loss per share of 29 cents. To justify a trading price of $235, it would need to earn between $10 and $12 a share annually on a sustainable basis, Pachter said. He expects the company to earn $1 a share for the fiscal year ending in January 2022.

“We don’t know what Ryan Cohen proposes to change, but those numbers sound unattainable in the short term,” he said.

Other analysts were slightly more optimistic.

“Before, when the stock rallied there was really no legitimate, fundamental reason,” said David Keller, chief market strategist at Stockcharts.com, a technical analysis and charting platform targeted at retail investors. “Now all of a sudden this feels more like a growth stock.”

Some GameStop bulls believe improving fundamentals and a climbing stock price will put bearish investors into another “short squeeze,” forcing them to unwind bets against the company. When this happened in January, GameStop surged by 1,600%. It pared most of those gains in February.

Analysts said a short squeeze is likely accelerating the latest rally. Investors short GameStop shares have incurred over $1.3 billion in losses over the last couple of days.

But the number of GameStop shares sold short has dropped since early January to its lowest level in at least three years, according to S3 Partners.

“The stock can go up from just buyers but it likely won’t go up quite as quickly,” said Randy Frederick, vice president of trading and derivatives at the Schwab Center for Financial Research.

That did not stop Eric Diaz, an operations manager in Tampa, Florida, who added more GameStop shares at $100 apiece to the 10 he has been holding since January. After the most recent runup, Diaz said he sold all but two of his GameStop shares.

“This isn’t really a rational investment,” he said. “Not for the faint of heart.”