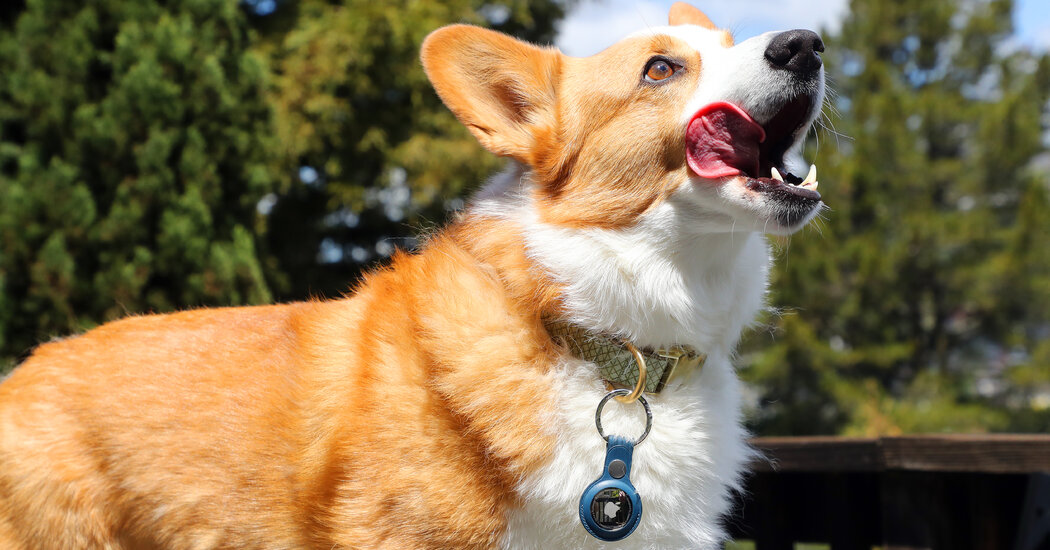 On the outside, Apple’s new AirTag looks like a ho-hum product that we have all seen before. It’s a disc-shaped tracking gadget that can be attached to items like house keys to help you find them.

But inside, the story gets far more interesting.

The AirTag, which Apple introduced last week, is one of the first consumer electronics to support a new wireless technology, ultrawideband, which lets you detect precise proximity between objects. Using ultrawideband, your iPhone can sense whether an AirTag is an inch or dozens of feet away from it. It’s so accurate that its app will even show an arrow pointing you in the direction of the AirTag.

That’s far better than other trackers that rely on Bluetooth, an older wireless technology that can only roughly guess an item’s proximity. (More on how this all works later.)

Using ultrawideband to find lost items is just one early example of what the technology can do. Because of its pinpoint-precise ability to transfer data quickly between devices, ultrawideband could become the next wireless standard that succeeds Bluetooth. It could lead to better wireless earphones, keyboards, video game controllers — you name it.

Spark Microsystems, a Montreal firm that is developing ultrawideband technology, said of trackers like the AirTag. “It sends its data really, really fast.”

I tested Apple’s $29 AirTag, which will be released on Friday, for about a week. I used the tracker to find house keys, locate my dogs and track a backpack. I also ran similar tests with Tile, a $25 tracker that relies on Bluetooth and that has been around for about eight years.

Last week, Tile complained in an antitrust hearing that Apple had copied its product while putting smaller companies at a disadvantage. From my tests comparing AirTag and Tile, I found that ultrawideband was far superior to Bluetooth for finding items. What’s more, the AirTag demonstrated that ultrawideband is next-generation tech that is worth getting excited about.

Here’s what you need to know.

How ultrawideband and Bluetooth work

Ultrawideband has been in development for more than 15 years, but it was built into chips for iPhones and other smartphones only in the last two years.

When you use ultrawideband to find a tracker, it works similarly to sonar, which detects objects underwater. You send a ping to the tag, and the tag bounces a ping back to your phone. The amount of time it takes for the ping to come back is used to calculate the distance between the two objects.

announced that it would soon release a plan for other companies to take advantage of the ultrawideband technology inside Apple devices.

I’m happy to wait for those products using this neat wireless technology.

Because of its greater efficiency at transmitting data, ultrawideband could make future wireless devices immensely better, Mr. Nabki said. As an example, he cited cord-free earphones that connect instantly, use very little battery and sound as good as wired ones.

That sounds much cooler than finding house keys.

AUSTIN, Texas--(BUSINESS WIRE)--As the first multifamily management company to be recognized in the Public Relations and Marketing Excellence Awards, … END_OF_DOCUMENT_TOKEN_TO_BE_REPLACED

There have been whispers of cooling housing and rental prices in the San Francisco Bay Area, but that hasn't yet translated into practical, noticeable … END_OF_DOCUMENT_TOKEN_TO_BE_REPLACED

Cars pass in Independence Square at twilight in Kyiv, Ukraine, Monday, Oct. 31, 2022. Rolling ... [+] blackouts are increasing across Ukraine as the … END_OF_DOCUMENT_TOKEN_TO_BE_REPLACED