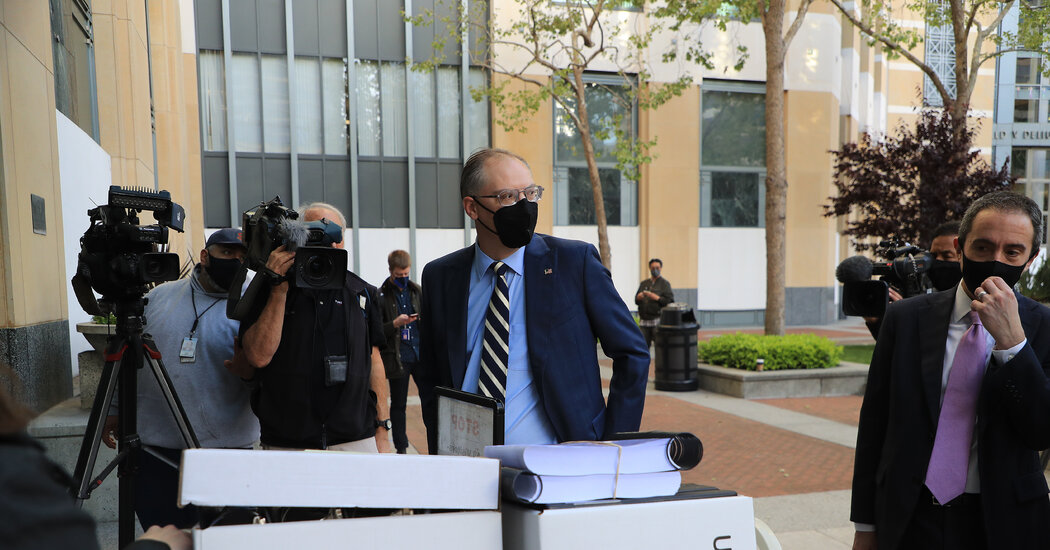 Apple and Epic Games, maker of the wildly popular game Fortnite, are set to square off on Monday in a trial that could decide how much control Apple can exert over the app economy. The trial is scheduled to open with testimony from Tim Sweeney, the chief of Epic, on why he believes Apple is a monopoly abusing its power.

The trial, which is expected to last about three weeks, carries major implications, Jack Nicas and Erin Griffith report in The New York Times. If Epic wins, it will upend the economics of the $100 billion app market and create a path for millions of companies and developers to avoid sending up to 30 percent of their app sales to Apple.

An Epic victory would also invigorate the antitrust fight against Apple. Federal and state regulators are scrutinizing Apple’s control over the App Store, and on Friday, the European Union charged Apple with violating antitrust laws over its app rules and fees. Apple faces two other federal lawsuits about its App Store fees — one from developers and one from iPhone owners — that are seeking class-action status.

Beating Apple would also bode well for Epic’s coming trial against Google over the same issues on the app store for Android devices. That case is expected to go to trial this year and would be decided by the same federal judge, Yvonne Gonzalez Rogers of the Northern District of California.

If Apple wins, however, it will strengthen its grip over mobile apps and stifle its growing chorus of critics, further empowering a company that is already the world’s most valuable and topped $200 billion in sales over just the past six months.

The Bay Area is the last place in the U.S. with rental prices below pre-pandemic levels, according to a new report from Apartment List. That seems … END_OF_DOCUMENT_TOKEN_TO_BE_REPLACED

BUCHA, Ukraine — A breeze rustles through the cherry blossoms in bloom on almost every block in this small city, the white petals fluttering onto … END_OF_DOCUMENT_TOKEN_TO_BE_REPLACED