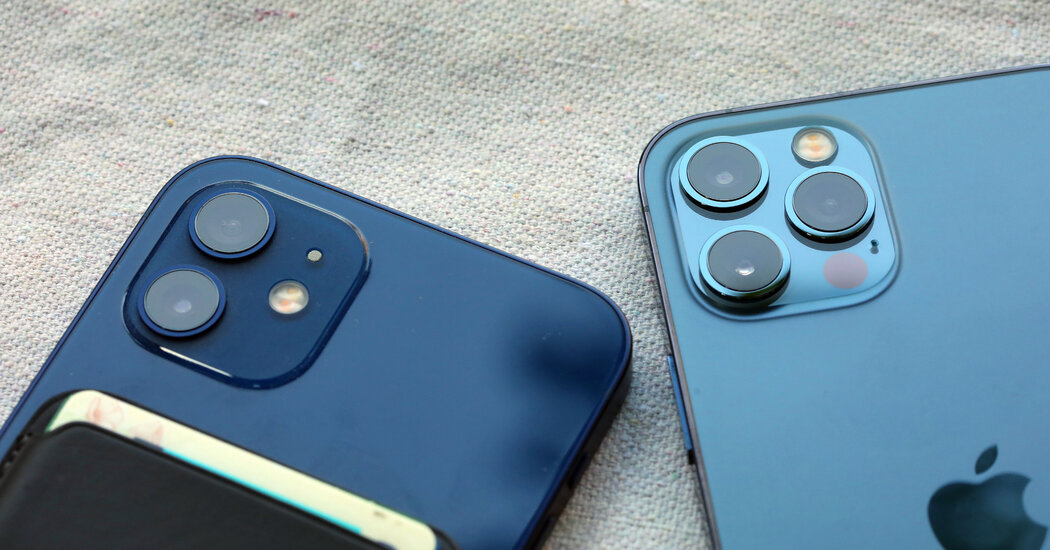 Apple said on Wednesday that its profits more than doubled to $23.6 billion in the most recent quarter as people embraced its latest iPhones and bought more of its other products, striking results for what is already the world’s most valuable company.

Apple said its revenues soared by 54 percent to $89.6 billion, a record for the March quarter that meant Apple sold more than $1 billion on average each day. The rapid growth is partly explained by slower sales in the same three-month period last year as the pandemic first took hold, but the quarter was still strong on its own merits and far surpassed analysts’ expectations. Apple’s sales increased sharply in each of its product categories and in each of its regions around the world.

As usual, the main driver of Apple’s success was the iPhone. Apple said iPhone sales rose by 66 percent to $47.9 billion, its steepest increase in years. The company’s flagship product had accounted for more than half of its overall sales for years, but more recently Apple has tried to diversify into other businesses, causing the share of revenue from iPhones to fall to 41 percent in the quarter that ended September 30. Then Apple unveiled the iPhone 12 in October, and sales have surged. In the latest quarter, iPhones accounted for 54 percent of Apple’s revenues.

Apple said that iPad sales grew 79 percent and that Mac sales grew 70 percent, success that was partly driven by more people splurging on computers as they worked and learned from home. Sales of Apple’s wearable devices, including the Apple Watch and AirPods, grew 25 percent, and its services division, which includes app sales and subscriptions to iCloud and other Apple services, grew 26 percent.

return much of its earnings to shareholders.

The enormous profits are further evidence of the growing dominance of the biggest tech companies. Also announced this week: Microsoft’s profits rose 44 percent to $15.5 billion; Facebook’s profits nearly doubled to $9.5 billion; and profits at Alphabet, Google’s parent company, more than doubled to nearly $18 billion. Amazon reports its earnings on Thursday.

Apple’s continued growth comes amid increasing scrutiny of its power. The company is facing antitrust investigations from regulators around the world, and on Monday, Apple is set to face off in a trial against Epic Games, one of the world’s largest game makers, over its control of the App Store.

Shares of Apple, which is worth roughly $2.25 trillion, rose nearly 2 percent in after-hours trading.

There were no arrests in three quarters of last year’s fatal shootings, according to statistics provided by Mr. Krasner’s office, even as arrests for … END_OF_DOCUMENT_TOKEN_TO_BE_REPLACED