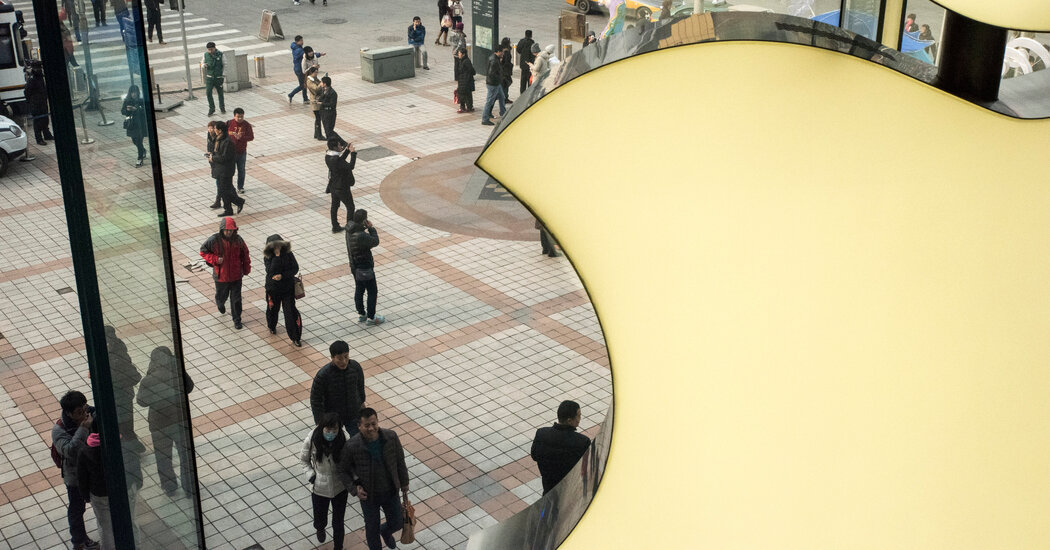 Apple has created an internal bureaucracy that rejects or removes apps the company believes could run afoul of Chinese rules. Apple trains its app reviewers and uses special software to inspect apps for any mention of topics Apple has deemed off limits in China, including Tiananmen Square, the Chinese spiritual movement Falun Gong, the Dalai Lama, and independence for Tibet and Taiwan.

Apple said it removes apps in China to comply with local laws.

In 2018, China’s internet regulators ordered Apple to reject an app from Guo Wengui, a Chinese billionaire who had broadcast claims of corruption inside the Communist Party. Top Apple executives then decided to add Mr. Guo to Apple’s “China sensitivities list,” which meant software would scan apps for mention of him and app reviewers would be trained to reject his apps, according to court documents.

When an app by Mr. Guo later slipped by Apple’s defenses and was published to the App Store, Chinese officials contacted Apple wanting answers. Apple’s app review chief then sent colleagues an email at 2:32 a.m. that said, “This app and any Guo Wengui app cannot be on the China store.” Apple investigated the incident and later fired the app reviewer who had approved the app.

Apple said that it had fired the app reviewer for poor performance and that it had removed Mr. Guo’s app in China because it had determined it was illegal there.

Tens of thousands of iPhone apps have disappeared in China.

Since 2017, roughly 55,000 active apps have disappeared from Apple’s App Store in China, with most remaining available in other countries, according to a Times analysis.

More than 35,000 of those apps were games, which in China must get approval from regulators. The remaining 20,000 cut across a wide range of categories, including foreign news outlets, gay dating services and encrypted messaging apps. Apple also blocked tools for organizing pro-democracy protests and skirting internet restrictions, as well as apps about the Dalai Lama.

Apple disputed The Times’s figures, saying that some developers removed their own apps from China.

America is absorbing the shock of another bloody mass shooting, a day after an 18-year-old man wearing body armour and carrying assault rifles entered … END_OF_DOCUMENT_TOKEN_TO_BE_REPLACED

Once home to baseball Hall of Famer Ty Cobb, this estate rests on the eastern shores of Lake Tahoe. Now, 1472 Flowers Ave. is on the market asking … END_OF_DOCUMENT_TOKEN_TO_BE_REPLACED