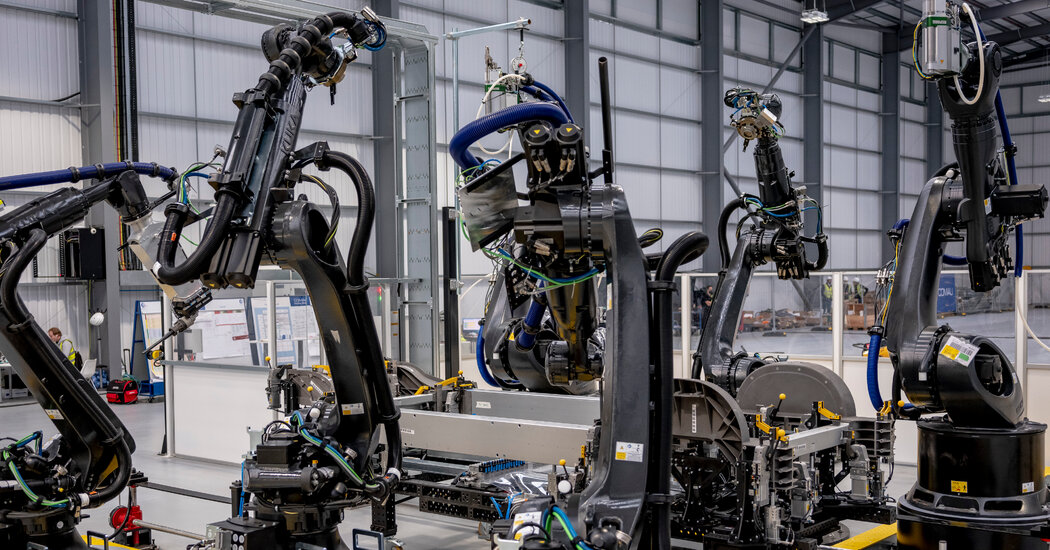 “This is about getting the best, optimal delivery vehicle for us,” Mr. Wake said.

Globally, UPS operates a fleet of about 120,000 vehicles, and around 13,000 of them use alternatives to diesel engines such as batteries.

In addition to UPS, BlackRock and the South Korean automakers Hyundai and Kia have invested in Arrival.

Electric vehicle companies have attracted frenzied interest from investors, who hope to find the next Tesla, which is valued at more than $650 billion, more than G.M., Ford Motor, Toyota Motor and Volkswagen combined. Wall Street’s interest has encouraged a parade of fledgling companies — some, including Arrival, that are not yet selling vehicles, let alone making a profit — to list their shares on the stock exchange.

A few have already disappointed investors. The stock of Nikola, which is trying to develop heavy trucks powered by batteries and hydrogen fuel cells, plunged after a small investment firm, Hindenburg Research, said the company had exaggerated its technological abilities. Nikola denied wrongdoing but acknowledged in a February securities filing that some of what it had previously said about its vehicles and technology was inaccurate.

The Securities and Exchange Commission is investigating Nikola and another company, Lordstown Motors, which aims to make electric pickup trucks. Hindenburg also published a report about Lordstown, accusing it of exaggerating interest in its trucks and its production abilities. Lordstown denies Hindenburg’s claims.

Many E.V. start-ups have acquired stock listings by merging with special purpose acquisition companies, or SPACs — businesses set up with a pot of cash and a stock listing. Such mergers allow start-ups to join the stock market without the scrutiny of an initial public offering of stock.

Arrival completed its merger with a SPAC in March. But it remains a long way from turning its vision into a viable business. It has assembled a few prototype vans but has not yet begun testing them on public roads. The company’s shares started trading on March 25 at $22.40 but have since fallen to about $14.

AUSTIN, Texas--(BUSINESS WIRE)--As the first multifamily management company to be recognized in the Public Relations and Marketing Excellence Awards, … END_OF_DOCUMENT_TOKEN_TO_BE_REPLACED

There have been whispers of cooling housing and rental prices in the San Francisco Bay Area, but that hasn't yet translated into practical, noticeable … END_OF_DOCUMENT_TOKEN_TO_BE_REPLACED

Cars pass in Independence Square at twilight in Kyiv, Ukraine, Monday, Oct. 31, 2022. Rolling ... [+] blackouts are increasing across Ukraine as the … END_OF_DOCUMENT_TOKEN_TO_BE_REPLACED