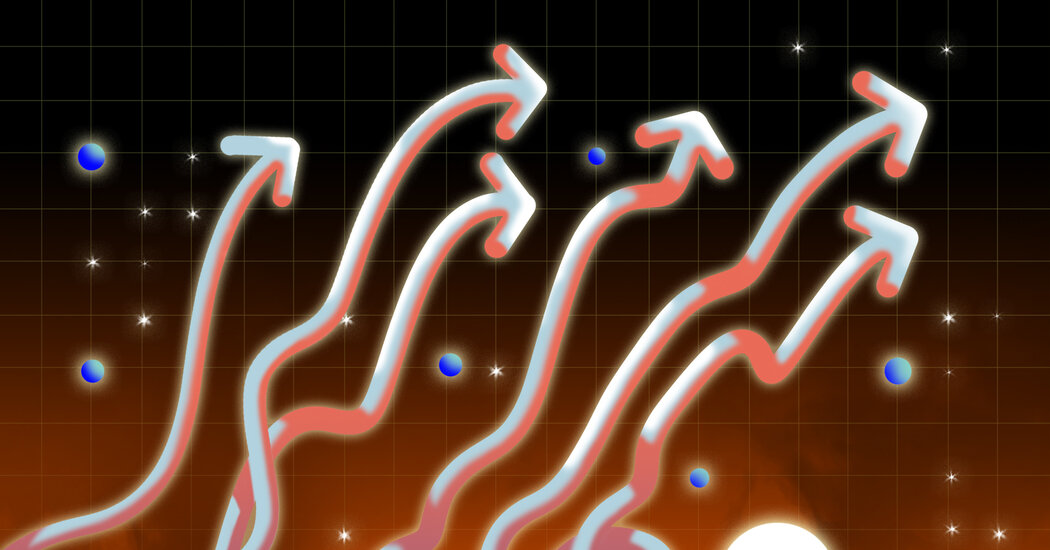 The sharp rise in bond yields is forcing traders to consider that they may be holding two irreconcilable ideas in their heads.

The resilience of share prices — the S&P 500 rose 5.8 percent in the first quarter — suggests that those two ideas can coexist. But if yields continue to rise, the impact on companies, consumers and homeowners and the appeal that fatter bond yields may have to investors could produce a reckoning for stocks.

“The bond market is at an inflection point that eventually is going to be recognized by the stock market,” said Komal Sri-Kumar, president of Sri-Kumar Global Strategies. “Over the last 30 years, the bond market has only gone one way, but a change is occurring now, and it’s likely to be an abrupt one.”

CRB index, which measures a basket of commodities, rose 52 percent in the 12 months through March. Home prices rose 6 percent last year, according to the Federal Reserve Bank of St. Louis.

$1.9 trillion bill last month to help the economy after the ravages wrought by the pandemic, President Biden proposed spending $2 trillion more on infrastructure projects, albeit over several years.

That $4 trillion, give or take, would be “going into an economy saturated with $6 trillion of stimulus spending from the Trump administration,” Mr. Sri-Kumar said. So much spending is likely to push up inflation and bond yields, he said.

Michael Hartnett, chief investment strategist at Bank of America Global Research, does not expect such concerns to diminish soon.

Because of such factors as “new central bank mandates, excess fiscal stimulus,” as well as “less globalization, fading deflation from disruption, demographics, debt, we believe inflation rises in the 2020s and the 40-year bull market in bonds is over,” Mr. Hartnett said in a report.

Commodities and other hard assets should outperform in the long term, in his view, along with shares of smaller companies, value stocks and foreign stocks. The dollar, shares of big companies and bonds should do worse.

David Giroux, a portfolio manager and head of investment strategy at T. Rowe Price, said he is worried that the bill will come due for much of the government spending.

“There’s a high likelihood we will have higher corporate taxes next year,” Mr. Giroux said. “That will be a headwind for corporate earnings.”

That persuades him to avoid shares of economically sensitive companies for which “a lot of really good news is already priced in.”

He prefers “stocks with really good business models that have been left behind,” including technology giants that are off their highs, such as Amazon and Google, and companies like utilities. Other favorites include regional banks such as PNC and Huntington Bancshares.

Ms. Bitel at William Blair foresees long-term higher returns by big growth stocks. But she throws in an immense caveat: Because rising interest rates tend to force down valuations, especially on the most expensive segments of the market, there could be a sharp decline before the erstwhile Wall Street darlings excel again.

“Retail investors will be able to buy their favorite growth stocks at a 40 percent discount, but that leadership will resume,” she said, emphasizing that the 40 percent was a ballpark figure.

Considering the investment landscape more broadly, he said, “The outlook for the next one to three years is quite good.” Then he seemed to try to talk himself out of that belief.

“The idea that you can simply print money and everything is fine isn’t sustainable,” Mr. Paolini said. “At some point, we will realize too much has been done and the market is too high, and the situation will change quite fast. I don’t know what that level is or how far away we are from it.”

AUSTIN, Texas--(BUSINESS WIRE)--As the first multifamily management company to be recognized in the Public Relations and Marketing Excellence Awards, … END_OF_DOCUMENT_TOKEN_TO_BE_REPLACED

There have been whispers of cooling housing and rental prices in the San Francisco Bay Area, but that hasn't yet translated into practical, noticeable … END_OF_DOCUMENT_TOKEN_TO_BE_REPLACED

Cars pass in Independence Square at twilight in Kyiv, Ukraine, Monday, Oct. 31, 2022. Rolling ... [+] blackouts are increasing across Ukraine as the … END_OF_DOCUMENT_TOKEN_TO_BE_REPLACED