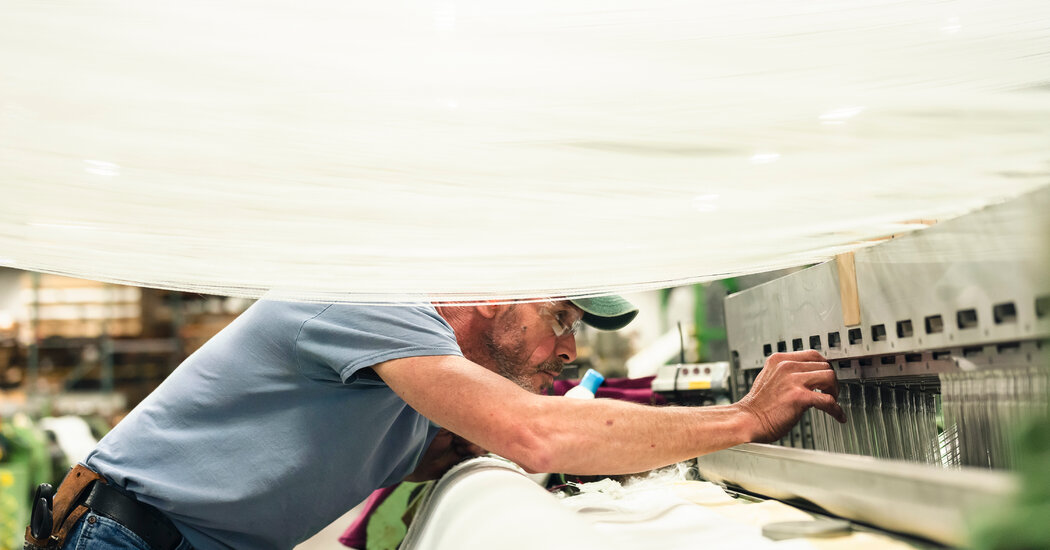 Matt Guse would hire a dozen machinists — if only he could find them.

The owner of MRS Machining, a maker of precision metal parts in rural Augusta, Wis., Mr. Guse finds business is rebounding so quickly as the pandemic’s effect eases that his 47-worker shop is short-handed.

“I’ve turned down a million dollars’ worth of work in the last two weeks,” he said. “Doing that, it’s hard to go to bed at night when you put your head to the pillow. I have open capacity, but I need more people.”

After a sharp downturn when the pandemic hit last year, factories are humming again. But the recovery’s speed has left employers scrambling. Despite huge layoffs — manufacturing employment initially dropped by 1.4 million — some companies find themselves desperate for workers.

In other cases, shortages of parts like semiconductors and supply chain disruptions have made orders hard to fill and created fresh uncertainty.

orders for durable goods — like cars and appliances — rose half a percentage point in March, prompting Barclays to lift its tracking estimate of economic growth for the first quarter to 1.4 percent, or 5.6 percent at an annualized rate.

On Thursday, the government will release its initial reading on economic growth in the first three months of the year, and manufacturing is expected to be among the bright spots. The consensus of analysts polled by Bloomberg is that the report will show gross domestic product expanded by 1.7 percent, up from 1.3 percent.

At one point, factory production was down substantially because of the pandemic, but it should return to pre-Covid-19 levels by the third quarter of this year, according to Chad Moutray, chief economist for the National Association of Manufacturers.

work in factories. Two decades ago, that figure stood at just over 17 million.

average hourly wage of manufacturing workers is $29.15, while workers in leisure and hospitality, another field that draws people with less education, earn $17.67 an hour.

“He’s pretty serious about some form of industrial policy,” Mr. Paul said, citing the administration’s call for action in making products like semiconductors and electric vehicles. “It may be possible for Biden to do what no president has since manufacturing began its job decline and reverse the losses.”

The $2 trillion plan, with its focus on rebuilding roads and bridges as well as the electric grid, could help companies like Auburn Manufacturing of Maine, said its chief executive, Kathie Leonard.

“We feed the companies whose products go into infrastructure,” said Ms. Leonard, describing the heat- and fire-resistant fabrics Auburn makes at two factories in central Maine, about a half-hour from Portland. “The infrastructure plan holds promise for companies like us.”

“You have to work at being an optimist,” she said. “We’re not going to hire 25 people, but maybe five. We need to hire a technical director, fabricators, and we need staff to help with e-commerce.”

The semiconductor shortages are a headache for Christie Wong Barrett, chief executive of MacArthur Corporation, a maker of labels and decals outside Flint, Mich. She said orders had been delayed by car companies — her major customers — that couldn’t find enough of the chips they needed to keep cars coming off the assembly lines.

“Customers are struggling to meet launch timelines and production targets,” she said. “Orders are either reduced in volume or delayed. It trickles down to different suppliers, and we’re just getting a haircut across the board.”

MacArthur’s business had already been damaged when auto plants closed a year ago amid the pandemic lockdowns, cutting off demand for labels and decals like those showing tire pressure or indicating vehicle identification numbers.

Ms. Barrett was able to pivot and supply products for medical customers, averting all but a handful of layoffs for her work force of 50. She remains optimistic, despite the current logistical backups.

“It’s a horrible disruption right now, but I’m anticipating a strong recovery,” she said. “We never made major cuts, and as automotive production starts to recover more, I expect to hire several more people in the coming months.”

Whether you optimistically hope that mortgage rates will decline or are resigned that rates will stay elevated above the historic lows of 2021, you … END_OF_DOCUMENT_TOKEN_TO_BE_REPLACED

A resident of Nikopol, Ukraine, in her backyard last month, with smoke rising from an area on the opposite bank of the Dnipro River. Credit...David … END_OF_DOCUMENT_TOKEN_TO_BE_REPLACED