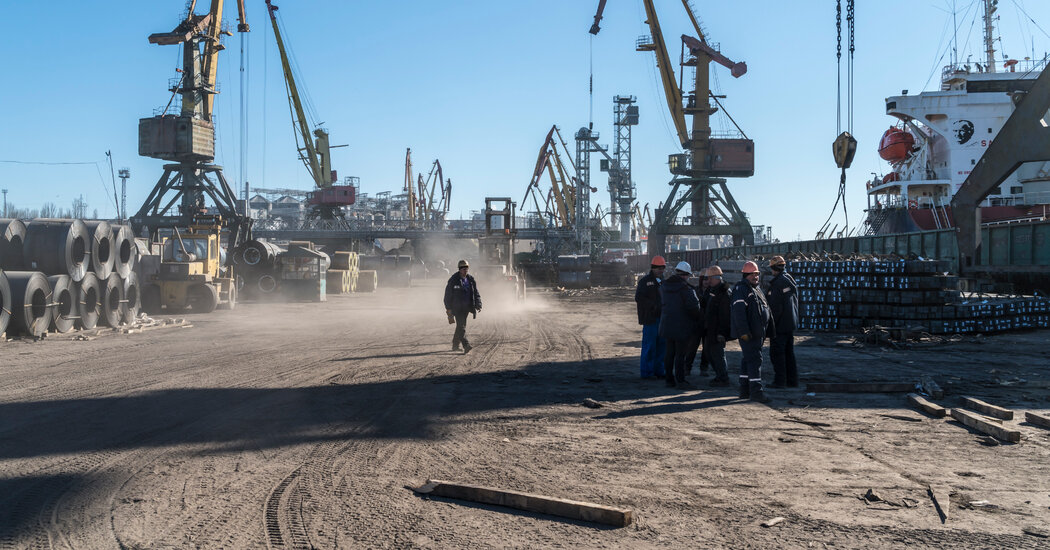 Jason Furman, an economist at Harvard University, said many forecasters had been doing what investors sometimes refer to as “pricing to perfection”: assuming that everything is going to go well, even if that is not the most likely outcome.

Many of the factors prompting economists to mark up their inflation forecasts now are not even tied to supply chains.

Matthew Luzzetti, chief U.S. economist at Deutsche Bank, recently revised up his inflation projections because rent costs are rising so rapidly in the Consumer Price Index. Between that and wage growth, he thinks, high inflation will last unless the Fed intervenes.

“For a while, inflation forecasters had been anticipating that the goods side of things would return to more normal dynamics” just as service prices, like rent, began to increase, he said. Services prices have indeed picked up, but normalization in good prices keeps getting “pushed out.”

Consumers continue to spend a bigger share of their budgets on goods instead of services — purchases like travel and manicures — compared with before the pandemic. That has meant global producers are still struggling to keep up with demand. Even potentially short-lived disruptions, like the ones taking place in China, can add to a snowball of delays and shortages.

Data released this month showed that the U.S. trade deficit hit a record in January, the height of the Omicron wave, in part because of surging imports of cars and energy. The average time to ship a container from a Chinese factory to a U.S. warehouse had stretched to 82 days in February, according to Freightos, a logistics platform, up from 45 days two years before.

AUSTIN, Texas--(BUSINESS WIRE)--As the first multifamily management company to be recognized in the Public Relations and Marketing Excellence Awards, … END_OF_DOCUMENT_TOKEN_TO_BE_REPLACED

There have been whispers of cooling housing and rental prices in the San Francisco Bay Area, but that hasn't yet translated into practical, noticeable … END_OF_DOCUMENT_TOKEN_TO_BE_REPLACED

Cars pass in Independence Square at twilight in Kyiv, Ukraine, Monday, Oct. 31, 2022. Rolling ... [+] blackouts are increasing across Ukraine as the … END_OF_DOCUMENT_TOKEN_TO_BE_REPLACED