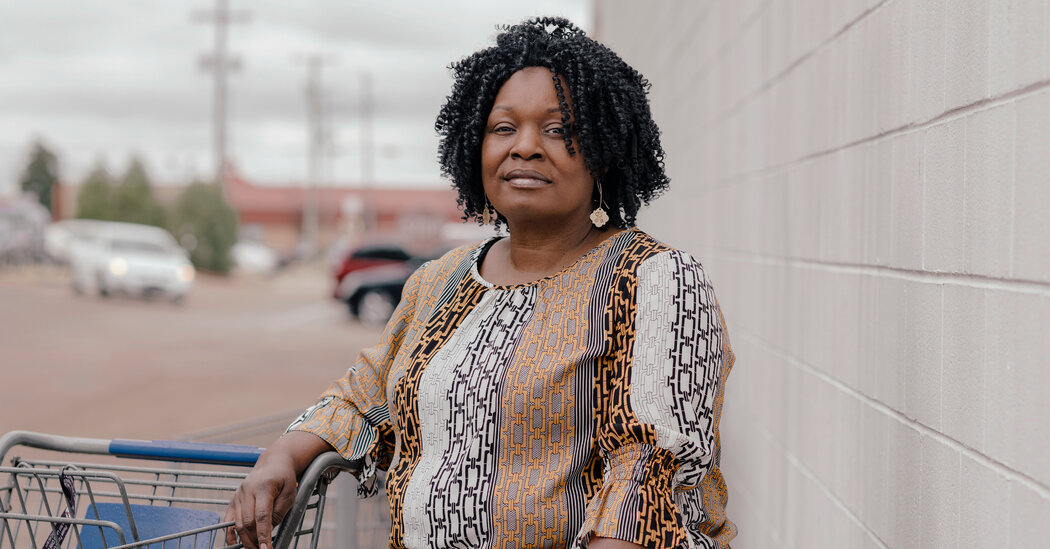 Marilyn Reece, the lead bakery clerk at a Kroger in Batesville, Miss., started noticing more customers walking around the store without masks this month after the state mandate to wear face coverings was repealed. Kroger still requires them, but that doesn’t seem to matter.

When Ms. Reece, a 56-year-old breast-cancer survivor, sees those shoppers, she prays. “Please, please, don’t let me have to wait on them, because in my heart, I don’t want to ignore them, I don’t want to refuse them,” she said. “But then I’m thinking I don’t want to get sick and die, either. It’s not that people are bad, but you don’t know who they’ve come into contact with.”

Ms. Reece’s heightened anxiety is shared by retail and fast-food workers in states like Mississippi and Texas, where governments have removed mask mandates before a majority of people have been vaccinated and while troubling new variants of the coronavirus are appearing. It feels like a return to the early days of the pandemic, when businesses said customers must wear masks but there was no legal requirement and numerous shoppers simply refused. Many workers say that their stores do not enforce the requirement, and that if they do approach customers, they risk verbal or physical altercations.

“It’s given a great false sense of security, and it’s no different now than it was a year ago,” said Ms. Reece, who is not yet able to receive a vaccine because of allergies. “The only difference we have now is people are getting vaccinated but enough people haven’t gotten vaccinated that they should have lifted the mandate.”

translated into extra pay on top of their low wages. Grocery employees were not initially given priority for vaccinations in most states, even as health experts cautioned the public to limit time in grocery stores because of the risk posed by new coronavirus variants. (Texas opened availability to everyone 16 and older on Monday.)

The issue has gained serious prominence: On Monday, President Biden called on governors and mayors to maintain or reinstate orders to wear masks as the nation grapples with a potential rise in virus cases.

The United Food and Commercial Workers union, which represents nearly 900,000 grocery workers, said this month that at least 34,700 grocery workers around the country had been infected with or exposed to Covid-19 and that at least 155 workers had died from the virus. The recent mass shooting at a grocery store in Boulder, Colo., has only rattled workers further and added to concerns about their own safety.

Diane Cambre, a 50-year-old floor supervisor at a Kroger in Midlothian, Texas, said she had spent much of the past year worrying about bringing the virus home to her 9-year-old son and dreading interactions with customers who were flippant about the possibility of getting sick. She wears a double mask in the store even though it irritates her skin, already itchy from psoriasis, and changes her clothes as soon as she gets home.

end the statewide mask mandate the next week, Ms. Cambre said, customers immediately “started coming in not wearing a mask and stuff, and it’s been pretty hard getting anybody to wear one.” Management is supposed to offer masks to people who aren’t wearing them, but if they don’t put them on, nothing else is done, she said.

“Some of our customers are drama-prone, so they’ll start yelling, ‘I’m not wearing that mask,’ and you can tell they’re very rude in their voice and very harsh,” Ms. Cambre, a U.F.C.W. member, said. Overseeing the self-checkout aisles has been especially challenging, she said, because customers who need help will demand that she come over, making it impossible to maintain six feet of distance.

At times when she has tried to explain the need for distancing, “they say, ‘OK, and that’s just a government thing,’” she said. “It really takes a toll on you mentally.”

A Kroger representative said that the chain would “continue to require everyone in our stores across the country to wear masks until all our frontline grocery associates can receive the Covid-19 vaccine,” and that it was offering $100 one-time payments to workers who received the vaccine.

The differing state and business mandates have some workers worried about more confrontations. The retail industry was already trying to address the issue last fall, when a major trade group helped put together training to help workers manage and de-escalate conflicts with customers who resisted masks, social distancing and store capacity limits. Refusing service to people without masks, or asking them to leave, has led to incidents in the past year like a cashier’s being punched in the face, a Target employee’s breaking his arm and the fatal shooting of a Family Dollar security guard.

This month in League City, Texas, near Houston, a 53-year-old man who refused to wear a required mask in a Jack in the Box confronted employees and then stabbed a store manager three times, according to a report in The Houston Chronicle. On March 14, a San Antonio ramen shop was vandalized with racist graffiti after its owner criticized Mr. Abbott on television for lifting the Texas mask mandate.

Office Depot in Texas City after she refused to wear a mask or leave the store, just days after an arrest warrant was issued for her in Galveston, Texas, for behaving similarly in a Bank of America location.

“He should have focused more on getting people vaccinated instead of trying to open everything up,” she said of Governor Abbott, noting that Texas has one of the country’s slowest vaccination rates.

Some Texans have started to seek out mask-friendly establishments. Ms. Kaylor said that lists of Dallas businesses that require masks had been circulating on Facebook, and that people were consulting them to figure out where to buy groceries and do other shopping.

Emily Francois, a sales associate at a Walmart in Port Arthur, Texas, said that customers had been ignoring signs to wear masks and that Walmart had not been enforcing the policy. So Ms. Francois stands six feet away from shoppers who don’t wear masks, even though that upsets some of them. “My life is more important,” she said.

“I see customers coming in without a mask and they’re coughing, sneezing, they’re not covering their mouths,” said Ms. Francois, who has worked at Walmart for 14 years and is a member of United for Respect, an advocacy group. “Customers coming in the store without masks make us feel like we aren’t worthy, we aren’t safe.”

Phillip Keene, a spokesman for Walmart, said that “our policy of requiring associates and customers to wear masks in our stores has helped protect them during the pandemic, and we’re not lifting those measures at this time.”

Even before the pandemic, Ms. Reece, the Kroger clerk in Mississippi, was wearing a mask to protect herself from the flu because of her cancer diagnosis, she said.

She said 99 percent of customers in her small store had worn masks during the pandemic. “When they had to put it on, they did put it on,” she said. “It’s like giving a child a piece of candy — that child is going to eat that candy unless you take it from them.”

She is concerned about the potential harm from new variants, particularly from those who don’t cover their mouths. “You just have to pray and pray you don’t get within six feet of them, or 10 feet for that matter,” said Ms. Reece, who is also a U.F.C.W. member and has worked for Kroger for more than 30 years. “I know people want it to be back to normal, but you can’t just will it to be back to normal.”

GREENVILLE, N.C.--(BUSINESS WIRE)--Employers aiming to win the war on talent have a new “A” team to tap into: college and professional athletes. … END_OF_DOCUMENT_TOKEN_TO_BE_REPLACED

Mortgage rates are likely to rise in July, extending a seven-month streak. High inflation, and the Federal Reserve's efforts to control it, have … END_OF_DOCUMENT_TOKEN_TO_BE_REPLACED