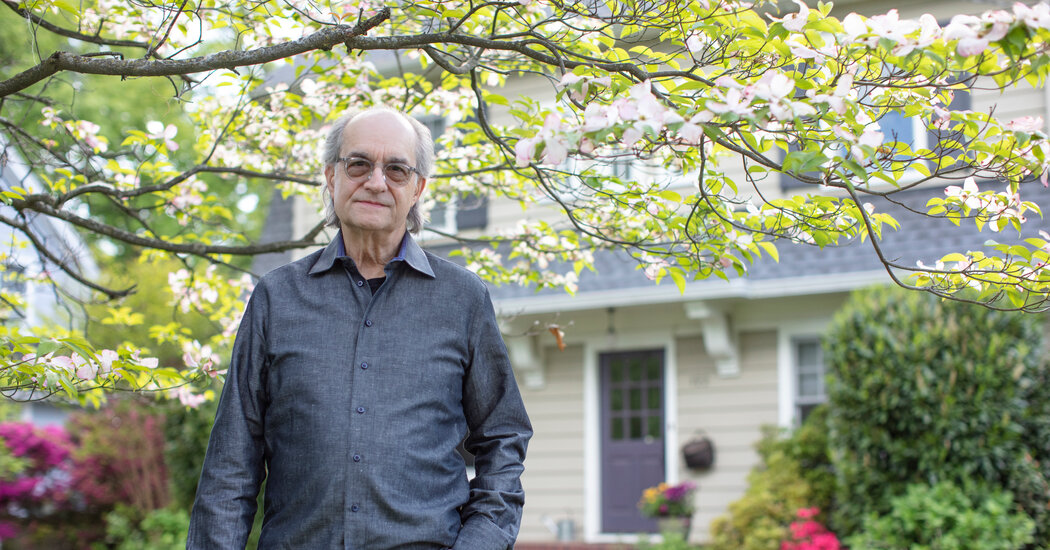 The government’s $788 billion relief effort for small businesses ravaged by the coronavirus pandemic, the Paycheck Protection Program, is ending as it began, with the initiative’s final days mired in chaos and confusion.

Millions of applicants are seeking money from the scant handful of lenders still making the government-backed loans. Hundreds of thousands of people are stuck in limbo, waiting to find out if their approved loans — some of which have been stalled for months because of errors or glitches — will be funded. Lenders are overwhelmed, and borrowers are panicking.

“Some of our lenders have been getting death threats,” said Toby Scammell, the chief executive of Womply, a loan facilitator that has nearly 1.6 million applications awaiting funding. “There’s a lot of angry, scared people who were really counting on this program and are afraid of being shut out.” More funding seems unlikely. Congress twice extended the program in December and March, anteing up nearly $300 billion total in new aid, but there is little indication that it will do so again.

The relief program had been scheduled to keep taking applications until May 31. But two weeks ago, its manager, the Small Business Administration, announced that the program’s $292 billion in financing for forgivable loans this year had nearly run out and that it would immediately stop processing most new applications.

reaching businesses owned by women and minorities, a priority for the Biden administration. But they are not intended to operate on a large scale — and suddenly thousands of desperate borrowers were beating down their door.

“I’m averaging 150 calls a day,” said Brooke Mirenda, the chief executive of the Sunshine State Economic Development Corporation, a Florida lender. “When you’re talking to borrowers who are crying because there’s $8,000 at stake and for them it’s months of their mortgage payment — that’s a really huge deal.”

In something akin to a game of musical chairs, banks and other lenders are now frantically trying to find community financial institutions to take over their backlog of applications. Even though most focus on underserved borrowers, they can process loans for any qualified applicant — but very few have the capacity to do that in large numbers.

contact community financial institutions to determine which ones are lending, but those who have tried said the effort was often fruitless.

Sheri, a photographer in Brooklyn who asked that her last name not be used to protect her privacy, wrote to more than a dozen lenders. Three replied. One was not offering P.P.P. loans, one said she did not meet its qualification rules, and the other requested more information and did not confirm whether or not it could offer her a loan.

Representatives of the Small Business Administration did not directly answer questions about the challenges of finding a willing lender.

“Community-based financial lenders play a key role in generating economic growth and opportunity in some of our most distressed communities,” Patrick Kelley, the head of the agency’s Office of Capital Access, said in a written statement.

“In just over seven days, more than 450 C.F.I.s have processed over 273,000 Paycheck Protection Program applications totaling $4.6 billion, more than 50 percent of the $9 billion remaining one week ago,” he added.

The Paycheck Protection Program has had a rocky road since its inception. Its early days, in April 2020, were plagued by technology problems and confusing rules. Big banks rebuffed many borrowers, and some prioritized bigger and wealthier businesses.

Fraud has been a constant challenge, too, and the Justice Department has charged hundreds of people with taking loans illegally. Many of the tiniest businesses were entirely shut out; a late move by the Biden administration to get more money to solo business owners wreaked havoc for lenders and contributed to the recent deluge of applications.

Now, an additional bottleneck is causing turmoil: Banks and other mainstream lenders are racing to finalize hundreds of thousands of applications that were still in progress when the Small Business Administration closed the program to new applications. Those loans could still be funded, the agency told them, but they would need to move fast.

That set off a panic, with anguished applicants besieging overwhelmed lenders — especially so-called fintechs, a group of online lenders that cranked out P.P.P. loans at a blistering pace. Many took on more customers than they could handle and are now struggling to manage irate borrowers clamoring for help and information.

George Greenfield, the owner of CreativeWell, a small literary agency and speakers’ bureau in Montclair, N.J., applied in March for a loan from Biz2Credit, a fintech lender.

But Mr. Greenfield’s application was complicated — he’s a sole proprietor, but one who, before the pandemic, had part-time employees — and Biz2Credit’s system struggled to accurately calculate his loan amount. The initial amount he was offered was less than a quarter of what he was eligible for.

Mr. Greenfield and his accountant spent more than a month trying to get the mistake fixed, with no success. Emails went unanswered. Online customer service agents could not help. And when the S.B.A. cut off new loans, his problem became urgent: If he abandoned his Biz2Credit application, he feared he would not be able to find a new lender.

“My blood is boiling,” Mr. Greenfield said last week of his stalled application. “This company has no regard for the small-business owners they said they wanted to serve.”

After a New York Times reporter contacted Biz2Credit, a company agent quickly called Mr. Greenfield and untangled his application. Within hours, he had the paperwork to finalize his loan for the correct amount. He was happy with the outcome but infuriated by the process.

Rohit Arora, the chief executive of Biz2Credit, acknowledged that Mr. Greenfield was not alone in his frustration. “We were thrown off guard by the S.B.A. shutdown,” he said. “They’re running a very chaotic program. There hasn’t been much communication.”

Biz2Credit processed more than 182,000 P.P.P. loans this year, but Mr. Arora estimated that he had tens of thousands of stranded applications that his company would be unable to fund. “For the last week, we’ve been slammed,” Mr. Arora said. “The customers have been very angry, very frustrated, very scared. I can understand.”

It’s a property that offers a unique open floor plan—plus a hot tub with a view.“It was a Methodist church located in a historic little area of St. … END_OF_DOCUMENT_TOKEN_TO_BE_REPLACED