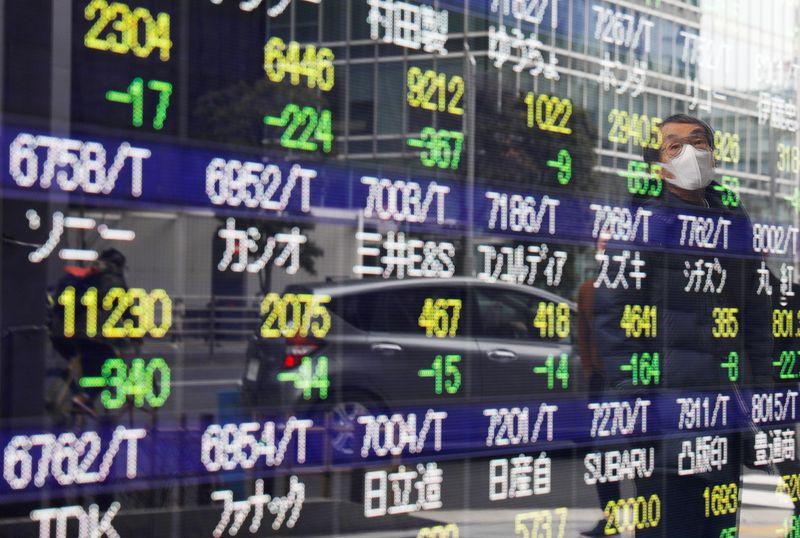 “I do think we’ll see good support for Asian markets today across the region,” said Michael McCarthy, chief markets strategist at CMC Markets. “The reflation trade is back on. We saw bonds and stocks rallying together and a slight easing in the U.S. dollar, which also indicates improving sentiment.”

The U.S. Labor Department said its consumer price index rose 0.4% in February, in line with expectations, after a 0.3% increase in January. Core CPI, which excludes volatile food and energy components, edged up 0.1%, just shy of the 0.2% estimate.

While analysts largely expect a hike in inflation as vaccine rollouts lead to a reopening of the economy, worries persist that additional stimulus in the form of a $1.9 trillion coronavirus relief package set to be signed by U.S. President Joe Biden could lead to an overheating of the economy.

The House of Representatives gave final approval on Wednesday to the bill, one of the largest economic stimulus measures in U.S. history.

The fall in the 10-year yield after the auction wasn’t enough to help the tech-heavy Nasdaq, which lagged both the Dow and the S&P 500 after its strong move on Tuesday, as investors stayed with names expected to benefit from the economic reopening like financials.

MSCI’s gauge of stocks across the globe gained 0.09%.

Oil prices resumed their climb after two days of declines, after the Energy Information Administration reported a bigger-than-expected storage build.

LONDON — A nightmarish tale of a Senegalese soldier fighting for France in World War I, and a workplace novel set on a spaceship, are among the six … END_OF_DOCUMENT_TOKEN_TO_BE_REPLACED

In 2020, when the world suddenly ground to a halt, most people postponed or canceled all of their plans due to the coronavirus crisis. Many … END_OF_DOCUMENT_TOKEN_TO_BE_REPLACED