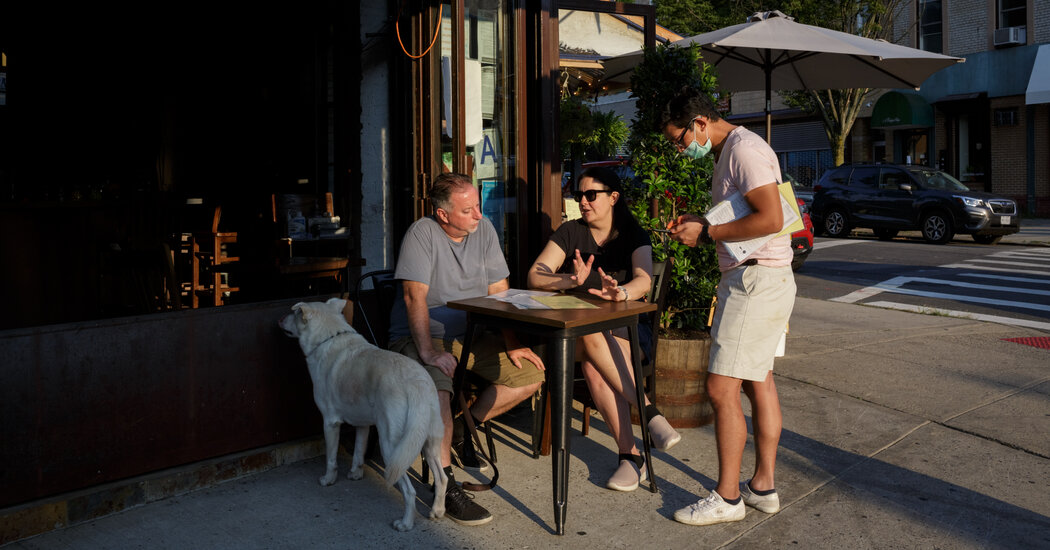 Disappointing August jobs numbers intensified the economic uncertainty caused by the Delta variant, putting pressure on the Federal Reserve as it considers when to reduce its policy support and on the White House as it tries to get more Americans vaccinated.

Fed officials and President Biden had been looking for continued improvement in the job market, but the Labor Department reported on Friday that employers added just 235,000 jobs in August — far fewer than projected and a sign that the ongoing coronavirus surge may be slowing hiring.

“There’s no question that the Delta variant is why today’s job report isn’t stronger,” Mr. Biden said in remarks at the White House. “I know people were looking, and I was hoping, for a higher number.”

A one-month slowdown is probably not enough to upend the Fed’s policy plans, but it does inject a dose of caution. It also will ramp up scrutiny of upcoming data as the central bank debates when to take its first steps toward a more normal policy setting by slowing purchases of government-backed bonds.

speech last week that as of the central bank’s July meeting, he and most of his colleagues thought they could start reducing the pace of asset purchases this year if the economy performed as they expected.

sharp pullback in hotel and restaurant hiring, which tends to be particularly sensitive to virus outbreaks. The participation rate, a closely watched metric that gauges what share of the population is working or looking, stagnated.

But there were other signs that underlying demand for workers remained strong. Wages continued to rise briskly, suggesting that employers were still paying up to lure people into work. Over the last three months, job gains have averaged 750,000, which is a strong showing. And the unemployment rate continued to decline in spite of the weakness in August, slipping to 5.2 percent.

4.2 percent in the year through July — well above the 2 percent average that officials aim to achieve over time.

Officials widely expect those price gains to slow as the economy returns to normal and supply chain snarls clear up. But they are monitoring consumer inflation expectations and wages keenly: Prices could keep going up quickly if shoppers begin to accept higher prices and workers come to demand more pay.

That’s why robust wage gains in the August report stuck out to some economists. Average hourly earnings climbed by 0.6 percent from July to August, more than the 0.3 percent economists in a Bloomberg survey had forecast. Over the past year, they were up 4.3 percent, exceeding the expected 3.9 percent.

The fresh data put the Fed “in an uncomfortable position — with the slowdown in the real economy and employment growth accompanied by signs of even more upward pressure on wages and prices,” wrote Paul Ashworth, the chief North America economist at Capital Economics.

referred to that consideration in a footnote to last week’s speech.

“Today we see little evidence of wage increases that might threaten excessive inflation,” he said.

Plus, it is unclear whether pay gains will remain robust as workers return. While it is hard to gauge how much enhanced unemployment benefits discouraged workers from taking jobs, and early evidence suggests that the effect was limited, a few companies have signaled that labor supply has been improving as they sunset.

Other trends — the end of summer and the resumption of in-person school and day care — could allow parents who have been on the sidelines to return to the job search, though that might be foiled if Delta keeps students at home.

“There’s still so much disruption, it’s hard for businesses and workers to make plans and move forward when you don’t know what’s coming around the next bend,” said Julia Coronado, the founder of MacroPolicy Perspectives, adding that this is a moment of “delicate transition.”

The Seattle Seahawks are very much still in the running for Baker Mayfield. (Photo by Stacy ... [+] Revere/Getty Images) Getty Images The Seattle … END_OF_DOCUMENT_TOKEN_TO_BE_REPLACED

(CNN) — Kim Kyung-seop recalls going to cheap bars after class with his friends, where they binged on as much makgeolli as possible. "You know the … END_OF_DOCUMENT_TOKEN_TO_BE_REPLACED