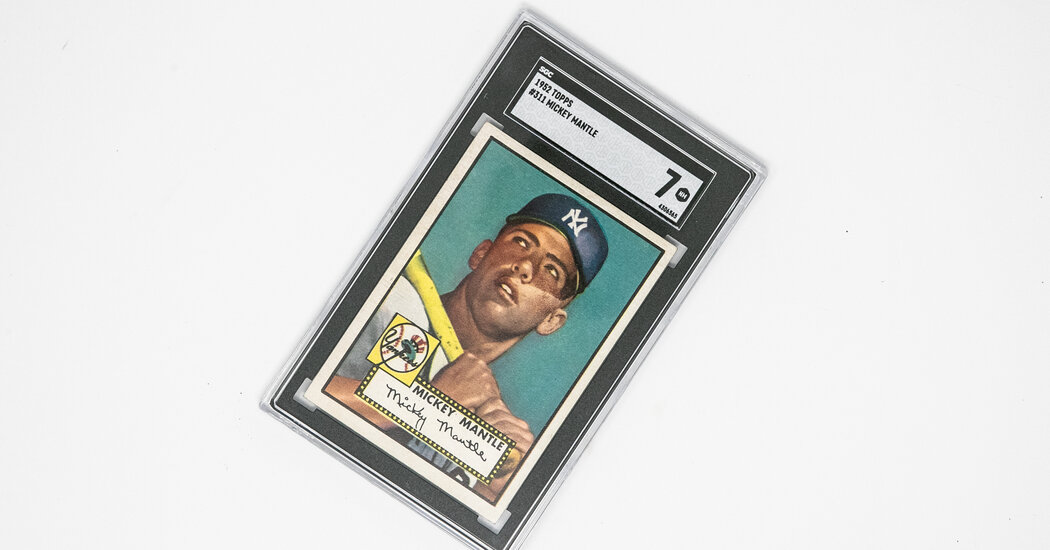 Topps, known for its trading cards and Bazooka gum, is going public by merging with a blank-check firm in a deal that values the company at $1.3 billion, the DealBook newsletter was the first to report.

The transaction includes an investment of $250 million led by Mudrick Capital, the sponsor of the special purpose acquisition company, or SPAC, along with investors including Gamco and Wells Capital. Michael Eisner, the chairman of Topps and former chief executive of the Walt Disney Company, will roll his entire stake into the new company and stay on.

“Everybody has a story about Topps,” Mr. Eisner said. That’s what initially attracted him to the trading card company, which he acquired in 2007 via his investment firm, Tornante, and Madison Dearborn for $385 million. Buying Topps was a bet on a brand that elicits an “emotional connection” as strong as Disney, the company Mr. Eisner ran for 21 years.

In the years since Mr. Eisner’s initial purchase, Topps has focused on a shift to digital, starting online apps for users to trade collectibles and play games. It also created “Topps Now,” which makes of-the-moment cards to capture a defining play or a pop culture meme. (It sold nearly 100,000 cards featuring Senator Bernie Sanders at the presidential inauguration in his mittens.) And it has moved into blockchain, too, via the craze for nonfungible tokens, or NFTs.

The secondhand market is particularly hot, with a Mickey Mantle card recently selling for more than $5 million. “Topps probably made something like a nickel on it, 70 years ago,” said Jason Mudrick, the founder of Mudrick Capital. NFT mania will allow Topps to take advantage of the secondhand market by linking collectibles to digital tokens. Topps is also growing beyond sports, like its partnerships with Marvel and “Star Wars.”

It continues to see value in its core baseball-card business, as athletes come up from the minor leagues more quickly. “The trading card business has been growing for the last several years,” Michael Brandstaedter, the chief executive of Topps, said. “While it definitely grew through the pandemic — and perhaps accelerated — it did not arrive with the pandemic.”

That resilience is part of the bet that Mudrick Capital is making on the 80-year old Topps. It’s a surer gamble, Mr. Mudrick said, than buying one of the many unprofitable start-ups currently courting SPAC deals. “Our core business is value investing,” he said.

AUSTIN, Texas--(BUSINESS WIRE)--As the first multifamily management company to be recognized in the Public Relations and Marketing Excellence Awards, … END_OF_DOCUMENT_TOKEN_TO_BE_REPLACED

There have been whispers of cooling housing and rental prices in the San Francisco Bay Area, but that hasn't yet translated into practical, noticeable … END_OF_DOCUMENT_TOKEN_TO_BE_REPLACED

Cars pass in Independence Square at twilight in Kyiv, Ukraine, Monday, Oct. 31, 2022. Rolling ... [+] blackouts are increasing across Ukraine as the … END_OF_DOCUMENT_TOKEN_TO_BE_REPLACED