As Yogi Berra once said, “It isn’t over until it’s over.”

He could have been talking about the current free agent season, which seems to be over – with all major players off the board.

Even with less than a month to go before Opening Day April 1, spring training is always full of surprises. Teams are learning which rookies are ready, which veterans are over-the-hill, and what unexpected holes are becoming painfully visible. In addition, there’s always the chance Covid-19 will raise its ugly head for the second straight year.

Just days ago, Jackie Bradley, Jr. surprised the baseball world by signing a two-year, $24 million pact with the Milwaukee Brewers. If the money sounds surprising for a player of Bradley’s limited offensive skills, it is: it matches the deal DJ LeMahieu received the first time he signed with the Yankees, on Jan. 11, 2019.

Because the Brewers already have one of the best center-fielders in Lorenzo Cain, the Bradley deal raised eyebrows. But Cain sat out all of last season with concerns over Covid, convincing the club to buy low on Bradley, a perennial Gold Glove candidate during his tenure with the Red Sox.

Although testing for the virus has been a regular routine in spring training camps, even star players have tested positive so far this spring. The list includes American League MVP José Abreu of the Chicago White Sox and AL Cy Young Award winner Shane Bieber of the Cleveland Indians. What concerns managers most is the potential of widespread outbreaks that could sideline a whole team for days at a time and even force changes to the baseball schedule.

General managers, on the other hand, are scouring the rosters of opponents in an effort to determine who might be released and especially who might be available at minimal cost.

More than three-dozen veteran players remain unsigned for one reason or another. Many of them, spurred on by their agents, overestimated the market and held out for more years, more dollars, or both.

Consider Jake Odorizzi, a 31-year-old righthanded starting pitcher who went 15-7 with a 3.51 ERA for the Minnesota Twins in 2019, the last full season. He wanted to stay there but the team had doubts after injuries limited the pitcher to just four starts, spanning 13 2/3 innings, in the 60-game season of 2020.

“We know Jake contributed exceptionally well for us over the last few seasons,” said Minnesota president of baseball operations Derek Falvey to Brian Kenny on MLB Network. “For us, our focus is on players internally in camp at this point. We feel really good about the pitching we have already.”

Donaldson, who had a dreadful debut season after signing a four-year, $92 million contract, had six homers in 28 games, hitting at a .222 clip, and has the double disadvantages of age (35) and a history of injuries.

Odorizzi, in the meantime, sits and waits, hoping that the Philadelphia Phillies have more than a passing interest in the nine-year veteran. But the Phils seem to need a southpaw in their rotation more than another right-hander.

Cole Hamels, like Odorizzi, was also a shadow of his former self last season. After signing a one-year, $18 million contract with the Atlanta Braves, the four-time All-Star failed to deliver return on investment with shoulder and triceps injuries. He made one start, worked 3 1/3 shaky innings, and took his 163 lifetime wins into the free-agent pool.

Like Hamels, who was World Series and NLCS MVP while pitching for the 2008 Phillies, Rick Porcello is another award-winning pitcher in search of a team. He went 22-4 with a 2.15 ERA in a Cy Young Award season for the 2016 Boston Red Sox and a 14-game winner for the same team three years later. But Porcello imploded with the 2020 New York Mets, posting a 1-7 mark and 5.64 ERA in 12 starts. He won’t come close to the one-year, $10 million pact he had a year ago.

Other pitchers still wearing a for-sale sign are starters Anibal Sánchez and Jeff Samardzjia and closers Shane Greene and David Robertson. Greene, once an All-Star closer, served as a solid set-up man for the Braves last year, while Robertson missed the season while recovering from Tommy John elbow surgery.

Céspedes, a Cuban refugee who once commanded an annual salary of $29 million from the New York Mets, attracted scouts from 11 clubs when he held a one-man tryout camp earlier this week. But potential buyers know that controversy often accompanies the rifle-armed, right-handed slugger, who rode a horse to spring training, had an off-season encounter with a wild boar, and lost huge chunks of playing time when he needed surgery on both heels.

Markakis, 37, is the polar opposite with a cool, composed persona and productive left-handed swing. But he’s two years older than Céspedes and might not be content in a backup role – especially with a non-contender.

Clubs must cut down to the 26-man Opening Day limit by April 1. 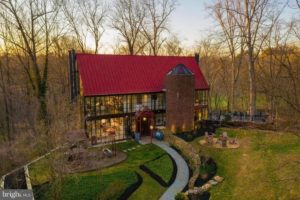 Alisa Goldsmith has spent hours reading the social media commentary about her glass house.“I've been down the rabbit hole the last 24 hours, reading … END_OF_DOCUMENT_TOKEN_TO_BE_REPLACED 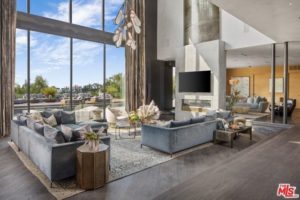 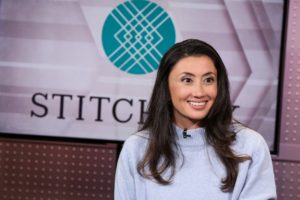