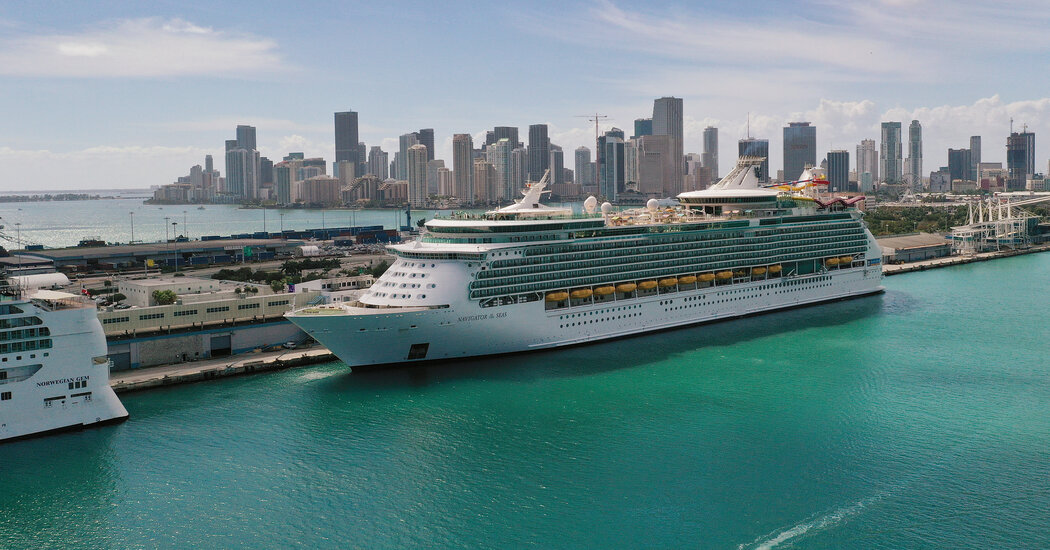 In the United States, flights are filling up, hotels are getting booked, vacation rentals are selling out and car rental companies are facing a shortage because of spiking demand.

But one sector remains stalled: the cruise industry.

Cruise ships sailing out of United States ports have been docked for more than a year following a series of outbreaks of the coronavirus onboard vessels at the start of the pandemic. Now, cruise companies can restart operations only by following rules laid out by the Centers for Disease Control and Prevention in October.

Earlier this month, the C.D.C. published a set of technical guidelines to help cruise companies prepare their ships to start sailing again in line with those rules, which were set out in the agency’s Framework for Conditional Sailing Order. But the Cruise Lines International Association (CLIA), the industry’s trade group, called the instructions “so burdensome and ambiguous that no clear path forward or timetable can be discerned.”

Cruise companies have asked the agency to revise its guidelines to factor in the speedy rollout of vaccinations and allow for U.S. sailings to restart in July. But the C.D.C. has not yet provided a firm date, and under the current rules, cruise ships must follow a monthslong process that includes simulation voyages to test out their health and safety protocols, followed by a review period.

cruiseguy.com. “Travel is resuming at a very high level. Airplanes and hotels are packed, and no industry is better suited to restart than cruising. The lines are prepared, safety protocols are in place and now, with the high level of vaccine distribution, they feel it’s a good time to resume operations.”

In response to the C.D.C.’s delay of U.S. sailings, some cruise lines are moving their ships abroad to launch summer cruises from foreign ports, including from the Caribbean and Europe, where they are permitted to sail. Many of the voyages require adult passengers and crew members to be vaccinated.

Carnival, the world’s largest cruise company, has warned that it might also look outside the United States if the C.D.C. continues to prevent cruises from sailing domestically.

CLIA paints the C.D.C. as targeting the industry unfairly, and points to the global economic impact of the initial suspension of cruise operations from mid-March to September of last year, the latest period for which it has statistics. The group says there was a loss of $50 billion in economic activity, 334,000 jobs and $15 billion in wages.

the Diamond Princess cruise ship in Japan and 14 people died. “The C.D.C. wants to prevent people from getting sick and the cruise lines want to go back to business and start making money,” said Tara Kirk Sell, an assistant professor at the Johns Hopkins Center for Health Security. “So there’s going to be a central disconnect and tension there as we sort our way through this pandemic, which isn’t over yet, and we are still trying to figure out.”

Cruise Act bill that, if passed, would revoke the agency’s Conditional Sail Order and require it to issue new guidance to restart United States sailings. (Because of a quirk of maritime law, several major cruise lines have canceled all 2021 sailings to Alaska.)

“Cruise lines clearly want their passengers and employees to be safe,” he continued. “They have been working all year to prepare their ships, but the C.D.C. has been very difficult to work with and if they don’t want to help then we’ll make sure they do it because we are going to pass this legislation.”

Gov. Ron DeSantis, also a Republican, has maintained that the cruise ban has had a disproportionate impact on the state’s economy; cruises usually generates billions of dollars from the millions of passengers that pass through Florida’s ports each year.

“People are going to cruise one way or another. The question is are we going to do it out of Florida, which is the number one place to do it in the world, or are they going to be doing it out of the Bahamas or other locations?” Gov. DeSantis said, speaking at a recent news conference at PortMiami.

Ms. Sell said she thinks the C.D.C.’s phased approach, where safety protocols are tested out before passengers are allowed back on onboard, is the right one.

“Cruises have for a long time had a potential to super spread diseases that include Covid because people are often in close quarters,” she said. “I’m not saying that you could never do cruises again, but that it just needs to be something where you sort through all the requirements.”

MSC Cruises, the industry’s fourth-largest operator, announced on Thursday that it would be canceling all U.S. cruises through June 30 and instead plans to have at least 10 ships sailing out of Europe and the Mediterranean by August. Royal Caribbean, the second-largest by passenger count, is sailing out of the Bahamas and Bermuda, among other places, and is requiring vaccinations for all crew and passengers.

Before vaccines were being widely distributed, cruises lines operating in Europe reported some Covid infections on board, but say that the cases were brought under control using stringent health and safety protocols, which prevented any larger outbreaks.

The C.D.C.’s advisory regarding cruise travel remains at a Level 4, the highest, and the agency recommends that all people avoid travel on cruise ships, including river cruises, worldwide.

“That’s because the chance of getting Covid-19 on cruise ships is high since the virus appears to spread more easily between people in close quarters aboard ships,” the warning says.

There were no arrests in three quarters of last year’s fatal shootings, according to statistics provided by Mr. Krasner’s office, even as arrests for … END_OF_DOCUMENT_TOKEN_TO_BE_REPLACED