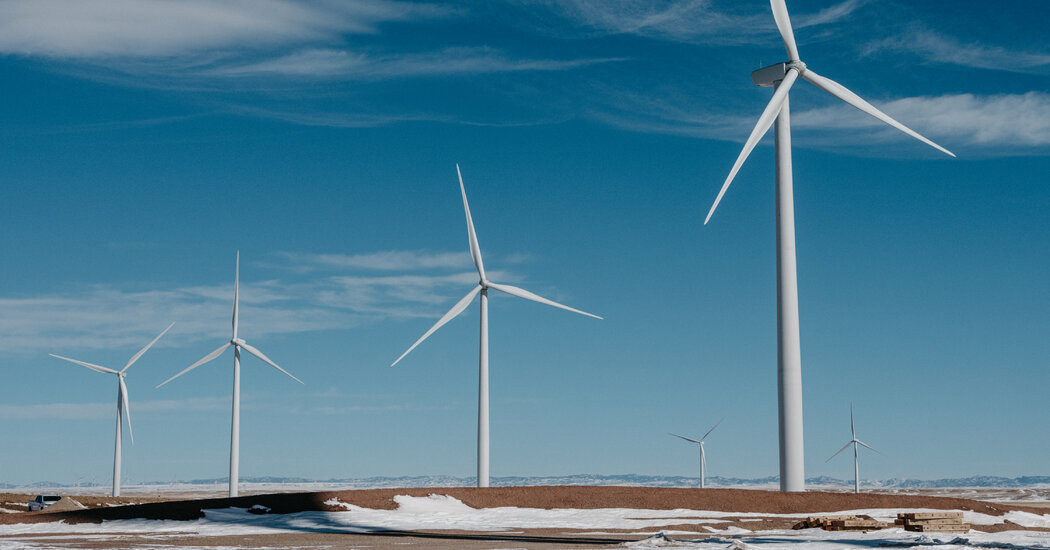 WASHINGTON — President Biden’s economic advisers are preparing to recommend spending as much as $3 trillion on a sweeping set of efforts aimed at boosting the economy, reducing carbon emissions and narrowing economic inequality, beginning with a giant infrastructure plan that may be financed in part through tax increases on corporations and the rich.

After months of internal debate, Mr. Biden’s advisers are expected to present a proposal to the president this week that recommends carving his economic agenda into separate legislative pieces, rather than trying to push a mammoth package through Congress, according to people familiar with the plans and documents obtained by The New York Times.

The total new spending in the plans would likely be $3 trillion, a person familiar with them said. That figure does not include the cost of extending new temporary tax cuts meant to fight poverty, which could reach hundreds of billions of dollars, according to estimates prepared by administration officials. Officials have not yet determined the exact breakdown in cost between the two packages.

Mr. Biden supports all of the individual spending and tax cut proposals under consideration, but it is unclear whether he will back splitting his agenda into pieces, or what legislative strategy he and Democratic leaders will pursue to maximize the chances of pushing the new programs through Congress given their narrow majorities in both chambers.

high-technology industries in an escalating battle with China and other foreign competitors.

While the $1.9 trillion economic aid package that Mr. Biden signed into law earlier this month includes money to help vulnerable people and businesses survive until the pandemic ends, it does little to advance the longer-term economic agenda that Mr. Biden campaigned on.

The package under consideration would begin that effort in earnest. The first legislative piece under discussion, which some Biden officials consider more appealing to Republicans, business leaders and many moderate Senate Democrats, would combine investments in manufacturing and advanced industries with what would be the most aggressive spending yet by the United States to reduce carbon emissions and combat climate change.

It would spend heavily on infrastructure improvements, clean energy deployment and the development of other “high-growth industries of the future” like 5G telecommunications. It includes money for rural broadband, advanced training for millions of workers and 1 million affordable and energy-efficient housing units. Documents suggest it will include nearly $1 trillion in spending alone on the construction of roads, bridges, rail lines, ports, electric vehicle charging stations and improvements to the electric grid and other parts of the power sector.

Whether it can muster Republican support will depend in large part on how the bill is paid for.

Officials have discussed offsetting some or all of the infrastructure spending by raising taxes on corporations, including increasing the corporate income tax rate above the current 21 percent rate and a variety of measures to force multinational corporations to pay more tax in the United States on income they earn abroad. That strategy is unlikely to garner Republican votes.

told reporters last week. He predicted the administration’s infrastructure plan would be a “Trojan horse” for tax increases.

Mr. Biden’s team has debated the merits of aggressively pursuing compromise with Republicans and business leaders on an infrastructure package, which would most likely require dropping or scaling back plans to raise taxes on corporations, or preparing to move another sweeping bill through a special parliamentary process that would require only Democratic votes. Mr. Biden’s advisers plan to present the proposal to congressional leaders this week.

“President Biden and his team are considering a range of potential options for how to invest in working families and reform our tax code so it rewards work, not wealth,” Jen Psaki, the White House press secretary, said. “Those conversations are ongoing, so any speculation about future economic proposals is premature and not a reflection of the White House’s thinking.”

Mr. Biden said in January that his relief bill would be followed by a “Build Back Better Recovery Plan,” echoing the language of his campaign agenda. He said that plan would “make historic investments in infrastructure and manufacturing, innovation, research and development, and clean energy. Investments in the caregiving economy and in skills and training needed by our workers to compete and win the global economy of the future.”

The first plan, centered on infrastructure, includes large portions of the plan Mr. Biden offered in the 2020 election. His campaign predicted that Mr. Biden’s investments would create 5 million new jobs in manufacturing and advanced industries, on top of restoring all the jobs lost last year in the Covid-19 crisis.

Officials have weighed financing that plan through initiatives that would reduce federal spending by as much as $700 billion over a decade, like allowing Medicare to negotiate prescription drug costs with pharmaceutical companies. The officials have discussed further offsetting the spending increases by raising taxes on high-earning individuals and households, like raising the top marginal income tax rate to 39.6 percent from 37 percent.

Administration officials were still debating details of the tax increases late last week. One question is how, exactly, to apply Mr. Biden’s campaign promise that no one earning less than $400,000 a year would pay more in federal taxes under his plan. Currently, the top marginal income tax rate starts at just above $500,000 for individuals and above $600,000 for couples. Mr. Biden proposed raising that rate in the campaign.

Officials say they are committed to not raising the tax bills of any individual earning less than $400,000. But they have debated whether to lower the income threshold for the top marginal rate, to tax all individual income above $400,000 at 39.6 percent, in order to raise more revenue for his spending plans.

Mr. Biden’s broader economic agenda will face a more difficult road in Congress than his relief bill, which was financed entirely by federal borrowing and passed using a special parliamentary tactic with only Democratic votes. Mr. Biden could again attempt to use that same budget reconciliation process to pass a bill on party lines. But moderate Democrats in the Senate have insisted that the president engage Republicans on the next wave of economic legislation, and that the new spending be offset by tax increases.

Large business groups and some congressional Republicans have expressed support for some of Mr. Biden’s broad goals, most notably efforts to rebuild roads, bridges, water and sewer systems and other infrastructure across the country. The U.S. Chamber of Commerce and National Association of Manufacturers have both spoken favorably of spending up to $2 trillion on infrastructure this year.

But Republicans are united in opposition to most of the tax increases Mr. Biden has proposed. Business groups have warned that corporate tax increases would scuttle their support for an infrastructure plan. “That’s the kind of thing that can just wreck the competitiveness in a country,” Aric Newhouse, senior vice president of policy and government relations at the National Association of Manufacturers, said last month.

Administration officials are considering offering to extend some 2017 tax breaks that are set to expire, like the ability to immediately deduct new investments, as part of their plans in order to win over business support.

Top business groups have also expressed an openness to Mr. Biden breaking up his “Build Back Better” agenda in order to pass smaller pieces with bipartisan support.

“If you try to solve every major issue in one bill, I don’t know that’s a recipe for success,” Neil Bradley, executive vice president and chief policy officer at the U.S. Chamber of Commerce, said in an interview last month. “These don’t have to be done in one package.”

You were seeing double this week: A spectacular $54 million compound featuring two equally luxurious mansions separated by a private lake in Southwest … END_OF_DOCUMENT_TOKEN_TO_BE_REPLACED