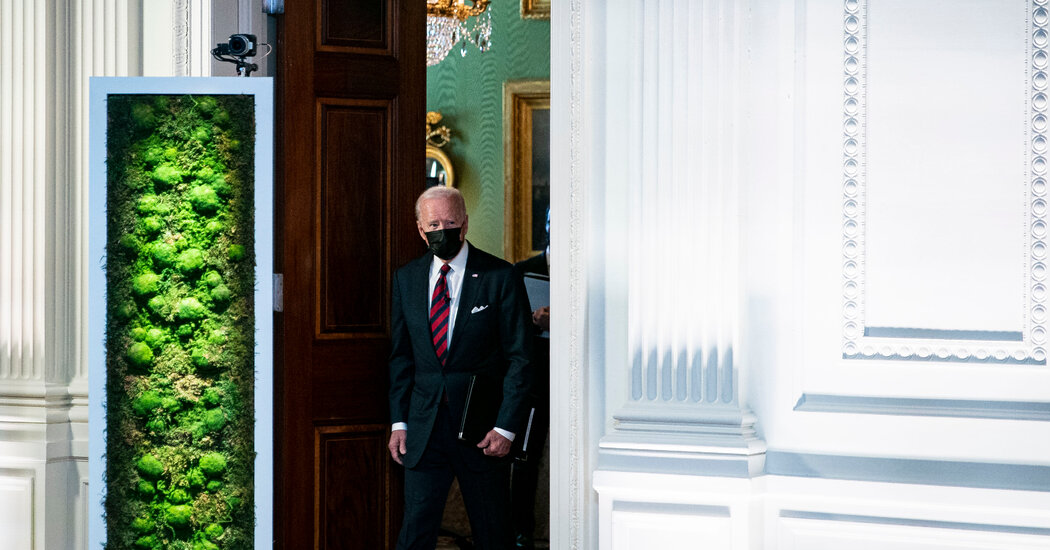 Richard Rhodes, the energy historian whose recent book, “Energy: A Human History,” recounts the technologies and innovation that transformed energy over centuries, said an Italian physicist, Cesare Marchetti, discovered a hard truth in the 1970s after studying thousands of energy transitions. It takes about 50 years for any new source of energy, be it coal or oil, natural gas or renewable power, to command just 10 percent of the global market. It takes another half century after that to reach 50 percent.

White House officials say the country can defy history with a variety of paths to achieve Mr. Biden’s goals, including reducing emissions from farms and city buildings. But two sectors loom large: electricity, where the president will need far more renewables, including advanced batteries to store power generated by solar panels and wind turbines; and transportation, where reliance almost exclusively on gasoline needs to shift to electricity.

Mr. Biden has proposed a carrot-heavy approach, spending on research and development, efficiency improvements in homes and schools, and the electric grid to better support renewable energy. As part of his infrastructure plans, he wants Congress to require electric utilities to shift toward lower-emission power sources.

Mr. Biden’s emissions target relies on electric power plants cutting their emissions sharply by 2030 and to net zero by 2035.

“Our analysis says we could get there by 2050,” said Nick Akins, chief executive of American Electric Power, an Ohio-based electric utility, but not 2035.

“If we move too quickly, we could jeopardize the reliability of the grid,” he added, pointing to the recent rolling blackouts in Texas

Three men were indicted in the death of the notorious gangster James (Whitey) Bulger, who was beaten to death four years ago in a West Virginia … END_OF_DOCUMENT_TOKEN_TO_BE_REPLACED

Dr. Connolly and Dr. Mott live in the North Baltimore neighborhood of Homeland, known for its strong public schools and colonial architecture, which … END_OF_DOCUMENT_TOKEN_TO_BE_REPLACED