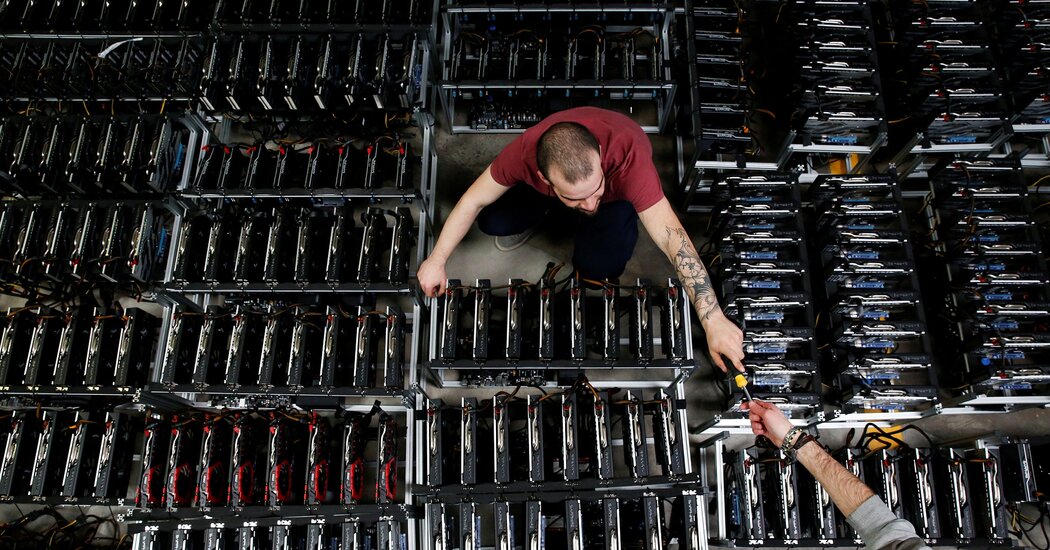 Will owning bitcoins become a status symbol — or a scarlet letter for a new generation of climate-focused investors wise to the challenges it poses?

The answer is complicated.

Bitcoin supporters say that estimates of its carbon footprint are overstated. And if the computers that mine and help transact bitcoins are attached to an electric grid that uses wind and solar power, they add, mining and using it will become cleaner over time.

“We believe that cryptocurrency will eventually be powered completely by clean power, eliminating its carbon footprint and driving adoption of renewables globally,” Mr. Dorsey of Square said in a statement as part of a commitment for his company to be net-zero on carbon emissions by 2030. The company committed $10 million to invest in new “green energy technologies within Bitcoin mining, and aims to accelerate its transition to clean power.”

On this point Mr. Gates, who considers himself a Bitcoin skeptic unrelated to the climate issues, says it is possible that the challenges could be overcome, but he wasn’t convinced just yet.

“If it’s green electricity and it’s not crowding out other uses, eventually, you know, maybe that’s OK,” he said.

Several companies are working on some counterintuitive ideas to turn Bitcoin green. On Monday, Seetee, an investment company involved in cryptocurrency, said it planned to invest in Bitcoin “min­ing op­er­a­tions that trans­fer strand­ed or in­ter­mit­tent elec­tric­i­ty with­out sta­ble demand lo­cal­ly — wind, solar, hy­dro pow­er — to eco­nom­ic as­sets that can be used any­where.”

In other words, the company plans to build wind and solar in places that might not be perfectly situated for the technology and will use the extra power to mine Bitcoin, making money in the process. “Bit­coin is, in our eyes, a load-bal­anc­ing eco­nom­ic bat­tery, and batteries are es­sen­tial to the en­er­gy tran­si­tion re­quired to reach the tar­gets of the Paris agreement,” the company said in its announcement.

SAN FRANCISCO — Cleve Jones has lived in the Castro neighborhood for nearly 50 years, almost from the day he graduated from high school in Phoenix and … END_OF_DOCUMENT_TOKEN_TO_BE_REPLACED

A home inspection can spare you from unpleasant surprises after you buy. After crunching the numbers, searching your favorite neighborhoods, and … END_OF_DOCUMENT_TOKEN_TO_BE_REPLACED