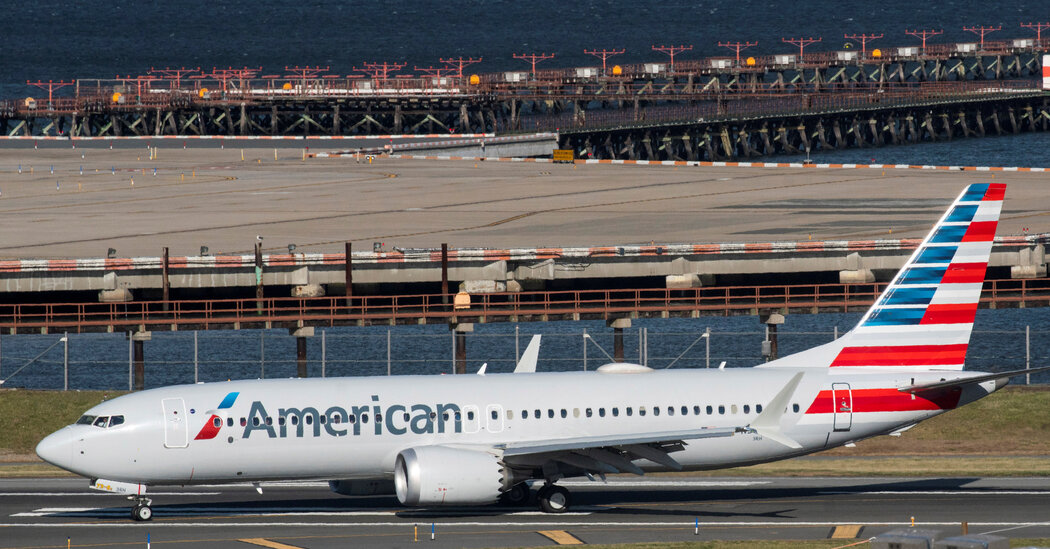 Boeing said on Tuesday that it sold 31 airplanes in February after accounting for cancellations, the first month in more than a year that the aerospace giant had positive sales, suggesting that it is starting to regain its footing after the 737 Max crisis.

The Max was banned from flying passengers two years ago this week after a total of 346 people died in a pair of crashes aboard the plane, prompting intense scrutiny of the plane and the company. But late last year, the Federal Aviation Administration lifted its ban on the plane, allowing the Max to begin carrying passengers again after required changes are made.

Most of the world’s 190 aviation authorities have now approved the Max to fly again, according to Boeing, and 14 airlines have used the plane for more than 9,000 flights.

Sales of the plane have rebounded, too. On Tuesday, Boeing said it had received 82 new airplane orders in February, about half of them for the Max, including a large order from United Airlines. Another 51 aircraft orders were canceled, and the company now has 4,041 orders in its backlog.

It was Boeing’s first month of positive sales since November 2019, but its difficulties are far from over.

The coronavirus pandemic has ravaged the travel sector, prompting airlines to cancel orders and rethink plans to expand or update their fleets. And Boeing has also halted deliveries of the 787, a twin-aisle plane, amid quality concerns.

And the company is facing lawsuits over the Max from shareholders who say it mismanaged its response to the crisis and the families of those who were killed.

The first Max crash occurred in October 2018 in Indonesia. The second happened two years ago this Wednesday in Ethiopia. To mark that grim milestone, the families of people who died in the crashes plan to host a vigil outside the F.A.A. in Washington, and some are scheduled to meet the transportation secretary, Pete Buttigieg, to discuss their concerns about the safety of the Max.

The poshest place in California's Coachella Valley is The Madison Club. This exclusive gated community in La Quinta is where A-listers and tycoons … END_OF_DOCUMENT_TOKEN_TO_BE_REPLACED

KOROPY, Ukraine — Four men tugged at long strips of fabric to lift a coffin out of the gaping hole in the backyard of a small house. They flung the … END_OF_DOCUMENT_TOKEN_TO_BE_REPLACED