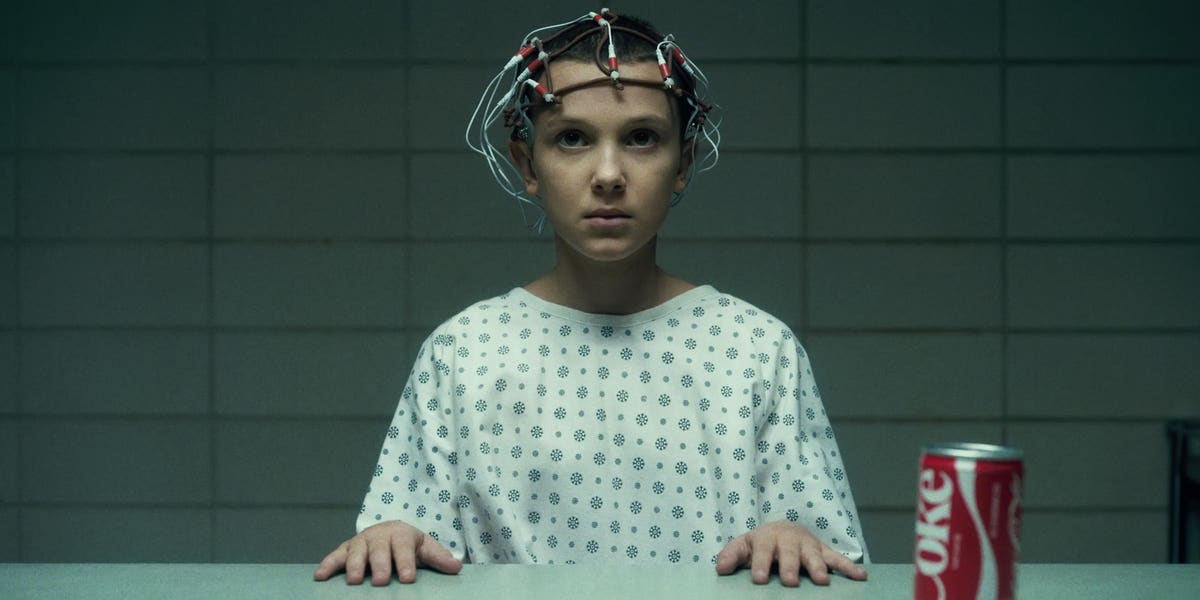 In Episode One of Sexy Beasts — the new dating-show-with-a-twist that Netflix debuted on July 21, in which participants hide behind masks and prosthetics — viewers meet Emma, a model from New York who’s looking for love. While dressed in flaming red demon makeup, that is. Her suitors, in keeping with the show’s premise, are similarly hidden underneath layers of various costuming — including a guy named Adam, who’s dressed as a mouse and whose thick Manchester accent causes Emma to remark that it kind of reminds her of Peaky Blinders. Which is, of course, a nice bit of intra-streamer publicity on one high-profile Netflix series for another one from Netflix — about a crew of gangsters in the post-WWI English city of Birmingham.

Sexy Beasts is a reality show, and while there’s no reason to think that the Peaky Blinders remark didn’t happen spontaneously, it also serves as a reminder of something that it’s easy to forget in the streaming era: Convenience has a price. And we’re not talking about the monthly bill that hits your credit card each month for these streaming services.

Platforms like Netflix, Apple TV+ and HBO Max (depending what subscription package you pay for), among others, have made it possible for us to blissfully inject an uninterrupted feed of content directly into the pleasure center of our brains. Even better, we get to enjoy it all without the incessant interruption of commercials, that barely tolerated relic from the days when broadcast TV reigned supreme.

However, just because we’re not watching commercials anymore, now that we’ve moved the bulk of our TV viewing to streamers — that doesn’t mean we won’t find brands waiting for us there. Indeed, thanks to their aggressive countermoves worthy of Beth Harmon herself from Netflix’s The Queen’s Gambit, brands are getting increasingly creative with how they put the message they want to share in front of streaming audiences who don’t always even realize it’s there. Which is to say, advertising remains an exceedingly pervasive force that you cannot hide yourself from — not completely. Streaming fans, let it be known: You will be marketed to. Somehow, some way.

If you take a closer look, you’ll actually see that Netflix is replete with plenty more examples of this same kind of thing. All of which are attempts, both overt and subtle, to position a brand in front of viewers for maximum awareness, while also walking that fine line of not being too obvious about it and leaving a bad taste in viewers’ mouths. The prominence of Coke and the Eggo waffles brand in the hit Netflix series Stranger Things, for example, was in this same vein. As was the instance from a couple of years ago, when Netflix worked with Subway to offer a Green Eggs and Ham sub sandwhich — consisting of eggs, ham, guacamole and cheese) in connection with the Netflix Green Eggs and Ham series.

According to one report, Eggo actually garnered more than $200,000 in “earned media value” thanks to its high-profile presence in Stranger Things (Eggo waffles, you’ll recall, were a favorite snack of Eleven, the girl with the mysterious powers). In this case, Eggo was reportedly unaware that the brand was going to feature so prominently in Season One. But by the time the sophomore season came around, the brand was ready and waiting to pounce into action — fully prepared to now capitalize on the tie-up with the show via a mix of experiential marketing as well as campaigns on social media.

According to the research firm PQ Media, global spending on product placement is expected to jump 13.8% (compared to a mere 5.9% increase in overall marketing spend), to $23.3 million this year.

“If I’m starting to cobble together my viewing experience as a series of streaming services, I potentially don’t get exposed to traditional television advertising anymore,” Emory University marketing professor David Schweidel told Bloomberg recently. “So product placement becomes the way of cutting down the cost associated with production when you don’t have advertising to support you.”

That assessment, however, is not a one-size-fits all proposition. Yes, it notes that productions don’t have advertising to support them, but it ignores the fact that services like Netflix have a massive subscriber base that generates recurring, somewhat predictable revenue on a monthly basis. Also, what we think of as product placement can actually be a little more nuanced at times — Netflix, especially, stresses that it doesn’t take money from companies to shove brands and marketing messages in your face. But that’s also not the same thing as saying those brands aren’t there at all.

Season 5 of the series is coming in September. In a cross-promotional effort from 2019, meanwhile, the clothing company Diesel reportedly paid Netflix a license fee to make a line of clothes inspired by the show. In fact, a commercial from the company included video of actors wearing the products, and was shot in a way that it looked like it was footage from the show. In other words, not only does Netflix content offer an enticing canvas for brands, upon which they can display a message that millions of viewers around the world will see. Netflix content also contains enough inherent marketing power for brands, that the opportunity can be taken offline and into the real world, as well.

And it’s not just Netflix. There aren’t any commercials or ads to interrupt the shows and movies on Apple TV+, but you’ll still find messages that convey a bit about the iPhone maker’s brand to audiences therein. Such as in the second season of Ted Lasso, which debuted on Apple TV+ on July 23.

To get an idea of what all this look like on the movie side of the equation, Concave Brand Tracking researched the 50 most-watched movies of 2020 and took note of every single brand that was featured in them. They also measured the visibility of the brands, how long they were on screen for, and how much advertising value that exposure generated. In all, the list ultimately included 1,000 different brands, “which collectively had nearly 2,000 movie/brand collaborations,” according to the company.

One example: The firm calculates that “Porsche received over $7.5 million in product placement” via Bad Boys for Life, starring Martin Lawrence and Will Smith (who drives a 2020 911 Carrera FS throughout the film).

You were seeing double this week: A spectacular $54 million compound featuring two equally luxurious mansions separated by a private lake in Southwest … END_OF_DOCUMENT_TOKEN_TO_BE_REPLACED

Taylor Heinicke #4 of the Washington Football Team celebrates after defeating the Seattle Seahawks at FedExField on November 29, 2021 in Landover, … END_OF_DOCUMENT_TOKEN_TO_BE_REPLACED

Members of the Ukrainian Police force, Larisa, 31, and Roman, 30, get married at a wedding hall at an expo center in Kyiv, Ukraine, on … END_OF_DOCUMENT_TOKEN_TO_BE_REPLACED