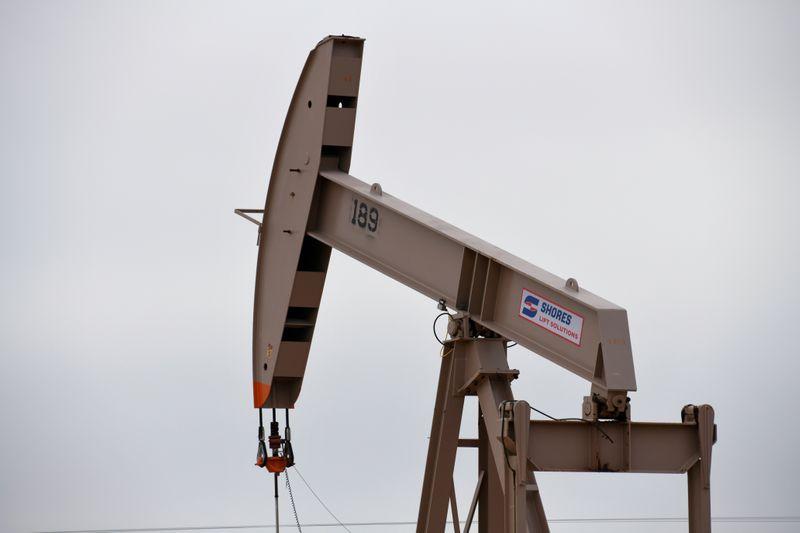 SINGAPORE (Reuters) – Brent crude futures surged above $70 a barrel on Monday for the first time since the COVID-19 pandemic began, while U.S. crude touched its highest in more than two years, following reports of attacks on Saudi Arabian facilities.

Asian stocks also rose after the U.S. Senate approved a $1.9 trillion stimulus bill while positive economic data from the United States and China bode well for a global economic rebound.

Yemen’s Houthi forces fired drones and missiles at the heart of Saudi Arabia’s oil industry on Sunday, including a Saudi Aramco facility at Ras Tanura vital to petroleum exports, in what Riyadh called a failed assault on global energy security.

“We could see further upside in the market in the near-term, particularly as the market probably now needs to be pricing in some sort of risk premium, with these attacks picking up in frequency,” ING analysts said in a report, noting that this was the second attack this month following an incident in Jeddah on March 4.

Brent and WTI prices are up for the fourth consecutive session after OPEC and its allies decided to keep production cuts largely unchanged in April.

“The decision to keep quotas unchanged signals the group’s intent to drawdown inventories further, without concern of overtightening the market,” ANZ analysts said in a note.

However, the energy minister in the world’s third-largest crude importer, India, said higher prices could threaten the consumption led-recovery in some countries.

When Graham Brooks received his ballot in early February, asking whether he wanted to form a union at the Amazon warehouse in Alabama where he works, … END_OF_DOCUMENT_TOKEN_TO_BE_REPLACED

QuantumScape could pursue legal action after coming under assault in a scathing report released by activist short-seller Scorpion Capital."We're … END_OF_DOCUMENT_TOKEN_TO_BE_REPLACED