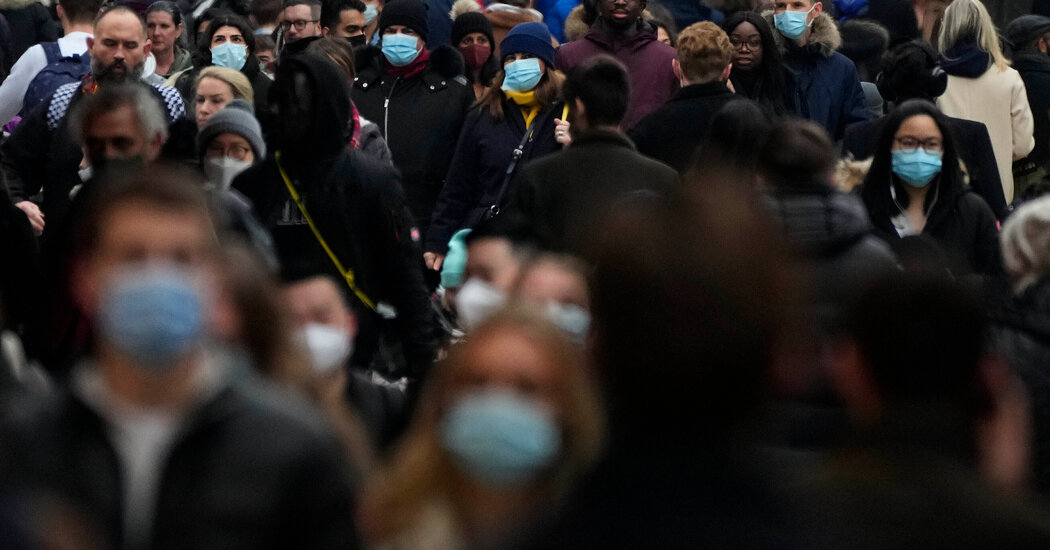 “Every stage of the crisis has been characterized by the idea that Britain is a special case,” Mr. Sanghera wrote.

It was special, and sometimes for the best of reasons. When the vaccines debuted in the United States, millions of people chased them online. In Britain, the vaccine chased you. One day, a notification showed up on your phone, from the National Health Service, asking which day and vaccination center was convenient. The entire process was easier than buying an iPad online.

But England was often special in the worst way. For stretches of the pandemic it had the highest death rate in Europe. In March 2020, when Mr. Johnson contracted Covid after seeming to defy recommended precautions, The Irish Times described Mr. Johnson’s leadership as “another example of British exceptionalism backfiring in grand style, some might say, and a bad omen for Brexit, the U.K.’s other social distancing project.”

To date, England’s efforts to prevent death from Covid-19 have been more successful than those of the United States, on a per-capita basis, but lag most of Europe. In Germany, there have been 141 deaths per 100,000, in Spain 197. In England, the per capita death rate is 240.

Not the worst, and far from the best. The historian and podcaster Dan Snow argues that this showing flows from the U.K.’s faith in the power of vaccines, which is of a piece with England’s love of — and gift for creating — life-altering technology.

“The vaccine was a kind of tech optimism, it was the moonshot,” he said. “Like the U.S., we’re a country open to transformative technology and that makes sense because this is where the industrial revolution began. We start by fiddling around with looms and textiles and eventually there’s a man on the moon.”

This faith in the power of English minds to dig the country out of any mess is a variation on the theme of exceptionalism. Put another way, the English are different. Expecting them to trod the same path as the rest of Europe is folly.

Or as Mr. Snow put it, “The boring, social democratic solution of ‘Let’s slow down transmission, sit apart from each other, let’s not do whatever we want’ — to English ears, that all sounds a bit Dutch.”

AUSTIN, Texas--(BUSINESS WIRE)--As the first multifamily management company to be recognized in the Public Relations and Marketing Excellence Awards, … END_OF_DOCUMENT_TOKEN_TO_BE_REPLACED

There have been whispers of cooling housing and rental prices in the San Francisco Bay Area, but that hasn't yet translated into practical, noticeable … END_OF_DOCUMENT_TOKEN_TO_BE_REPLACED

Cars pass in Independence Square at twilight in Kyiv, Ukraine, Monday, Oct. 31, 2022. Rolling ... [+] blackouts are increasing across Ukraine as the … END_OF_DOCUMENT_TOKEN_TO_BE_REPLACED