Who saw this one coming in Buffalo?

The Bills announced Thursday that former Chicago Bears starting quarterback Mitch Trubisky is signing a one-year deal with Buffalo to be the backup quarterback to Josh Allen.

The deal is expected to be worth $2.5 million and figures to be a low-cost, high-upside pickup and a win-win for both sides.

The signing marks the end of the road for Matt Barkley in Buffalo and is a significant upgrade on the backup job given Allen’s playing style and injury potential.

Bills general manager Brandon Beane is aware that Allen is a physical player who likes to run, meaning that he’s only one injury away from putting Buffalo in a delicate situation. That’s why Trubisky makes so much sense as an insurance move.

On paper at least, Trubisky is the most exciting No. 2 quarterback in Buffalo since Doug Flutie over 20 years ago.

The signing of Trubisky gives the former No. 2 overall draft pick a chance to rehabilitate his career under offensive coordinator Brian Daboll and quarterbacks coach Ken Dorsey.

Some of the schemes that the Bills run, such as the run-pass option, will be a good fit for Trubisky when, and if, he is forced into action.

Chances are Bills fans will never see Trubisky on the field in 2021. But Trubisky has more experience and arm strength than Barkley, who was a free agent, so he has the ability to come in cold and running the offense seamlessly.

Beane said on Thursday that he views Trubisky as a short-term backup who has the talent to return as a starter for another team in the future. Beane mentioned that Trubisky won 29 games in 50 starts in Chicago.

Trubisky will have a chance under Allen to work on his mechanics and learn from the sidelines out of the limelight and pressure he was under in Chicago.

Accuracy and decision making have always been Trubisky’s downfall over four disappointing seasons, although he got the Bears into the playoffs twice, in 2020 and 2018.

He finished his career with the Bears having thrown 64 TDs and 37 interceptions. But he showed flashes in Chicago. In 2018, he was named to the Pro Bowl after setting career highs in passing yards (3,223) and touchdown passes (24).

Jay Cutler was a very good QB and is the Bears’ all-time passing leader. He even got the Bears into the playoffs in 2010, but he just wasn’t the answer to McMahon.

The Bears thought Trubisky was the QB who was going to lead them out of the wilderness when they traded up in the 2017 NFL draft to select the QB out of North Carolina No. 2 overall, ahead of Patrick Mahomes and Deshaun Watson.

“I don’t know what went on in Chicago, but he started 50 games,” Beane told reporters. “I think the label has been put on Mitchell from afar that maybe he doesn’t deserve it. This is a reset for him. We don’t expect him to be here long term.”

Trubisky still could have a promising future ahead of him. He’s only 26. He began last season as the starting QB before losing the job to Nick Foles in Week 3. But he reclaimed the starter’s job in Week 12 and finished the season with 2,055 yards, 16 touchdowns and 8 interceptions, while completing 67% of his passes.

Trubisky’s future in Chicago became shrouded in doubt after Foles arrived and the Bears declined Trubisky’s fifth-year option a little more than a month later.

The Bears, of course, have frustrated their fan base with their poor history of drafting QBs. They didn’t even draft Cutler. He came to Chicago in a trade from Denver, the team that originally drafted him 11th overall in 2006.

Trubisky has a chance to rehabilitate his career in Buffalo. And make people forget about the list of failed QBs who started their careers as Chicago draft choices. 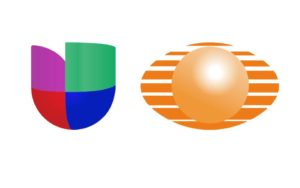 The combined company will be called Televisa-Univision when the transaction closes. Univision/Televisa Mexico's Grupo Televisa and U.S.-based … END_OF_DOCUMENT_TOKEN_TO_BE_REPLACED 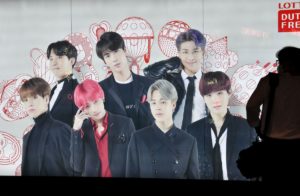 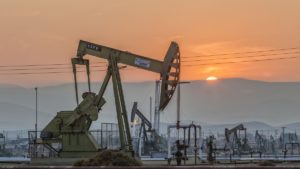