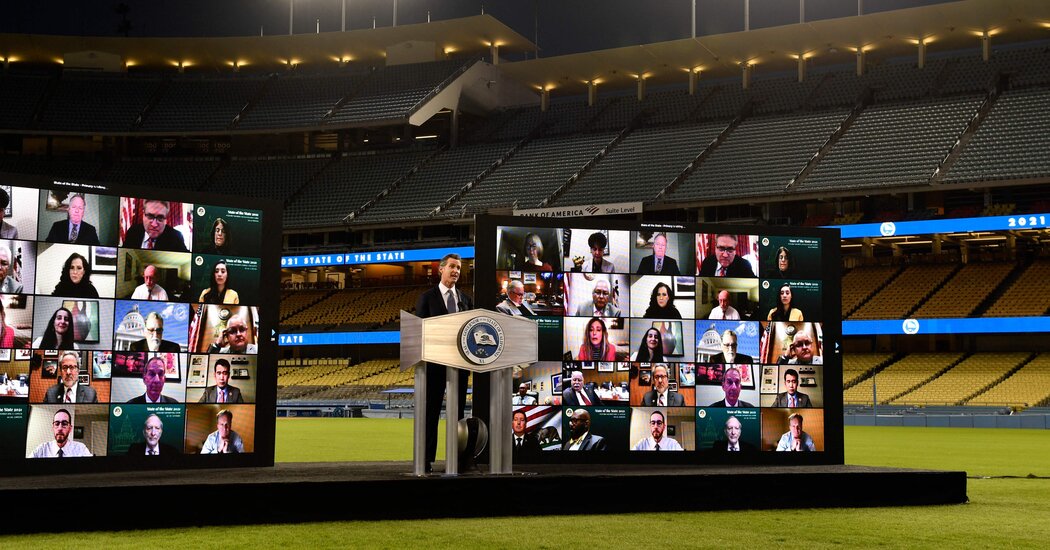 In the early days of the pandemic, no one would have looked to the stock market for salvation. From February to late March last year, the S&P 500 suffered one of its sharpest crashes ever, falling nearly 34 percent. But once the federal government began pumping money into the markets and the economy through bond-buying programs and stimulus, the market began rebounding.

And professional money managers kept buying stocks. Amateur investors, stuck at home, piled into the market and drove up stock prices further. After hitting a bottom in March 2020, the S&P 500 is up nearly 90 percent, creating close to $17 trillion in paper gains.

Much of that value was created by California companies. The market value of Apple, based in Cupertino, Calif., has risen by over $1 trillion in the past year. The gains for Alphabet and Facebook, combined, have created another $1 trillion in value. Tesla, based in Palo Alto, Calif., added over $500 billion.

The surge in market value created a significant amount of wealth for executives and workers, including in the technology sector. Executives at major companies typically have pre-established stock sale programs that are constantly converting some of their shares into cash. As they’ve sold into a rising market over the last year, those gains have been especially large; in August, Apple’s chief executive, Tim Cook, sold more than $130 million worth of his stock.

“When the stock market does well, they do very well,” said David Hitchcock, the primary analyst on California for the bond-rating firm S&P Global, of the state’s wealthy residents. “And in fact, it’s not just the stock market but initial public offerings. Because with Silicon Valley, when entrepreneurs get stock grants that they exercise, or stock options, California makes out very well.”

There were no arrests in three quarters of last year’s fatal shootings, according to statistics provided by Mr. Krasner’s office, even as arrests for … END_OF_DOCUMENT_TOKEN_TO_BE_REPLACED