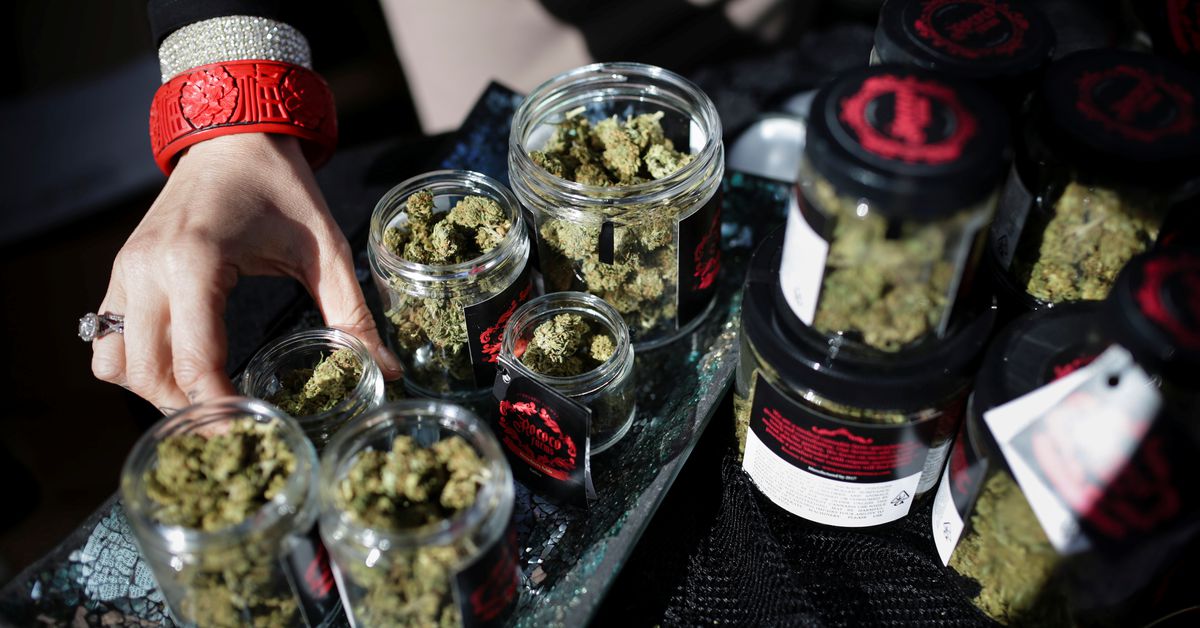 An employee puts down an eighth of marijuana after letting a customer smell it outside the Magnolia cannabis lounge in Oakland, California, U.S. April 20, 2018. Friday marked the first ‘4/20’ since the sale of recreational marijuana became legal on January 1. REUTERS/Elijah Nouvelage

The push comes after a successful pilot launch in July that allowed cannabis retail outlets to buy products from producers using the service that allows them to pay back after its sale.

The service that uses partner point-of-sales firm Blaze’s software is coming to the weed sector struggling to get funds from banks as it is classified as illegal under federal rules.

Amid slow banking and legal reforms, the sector is going through a downturn, with marijuana stocks losing nearly 80% of their value from their high in February last year.

“Cannabis has always been its own microcosm, where because of federal illegality we have less access to capital relative to other industries,” Mancheril said in an interview with Reuters.

The plan by Bespoke and Blaze also comes at a stormy time for other BNPL firms as their valuations take a hit from spiraling inflation that has slowed consumer spending.

The two fintech firms believe their service can sidestep such worries as they tap into larger fees from companies, especially the niche cannabis industry, rather than consumers.

“With B2B, there’s a way to actually underwrite risk and to measure risk, in a way that’s much more difficult than on the consumer level,” Mancheril said.

The sector’s financing hurdles is a boon for Bespoke as there is no competition from larger BNPL firms, said Karan Wadhera, managing partner at Casa Verde Capital, a venture capital firm that funds cannabis startups including Bespoke.

“We’re not seeing Affirm or Klarna, and definitely not Apple come into our space anytime soon.”

Reporting by Ruhi Soni in Bengaluru; Editing by Arun Koyyur

Soon after Herschel Walker, the former football star, announced he would run for U.S. Senate in Georgia as a Republican, his son Christian appeared … END_OF_DOCUMENT_TOKEN_TO_BE_REPLACED

SpaceX launched four people to the International Space Station from Florida on Wednesday, as Elon Musk's company keeps up a steady pace of crewed … END_OF_DOCUMENT_TOKEN_TO_BE_REPLACED