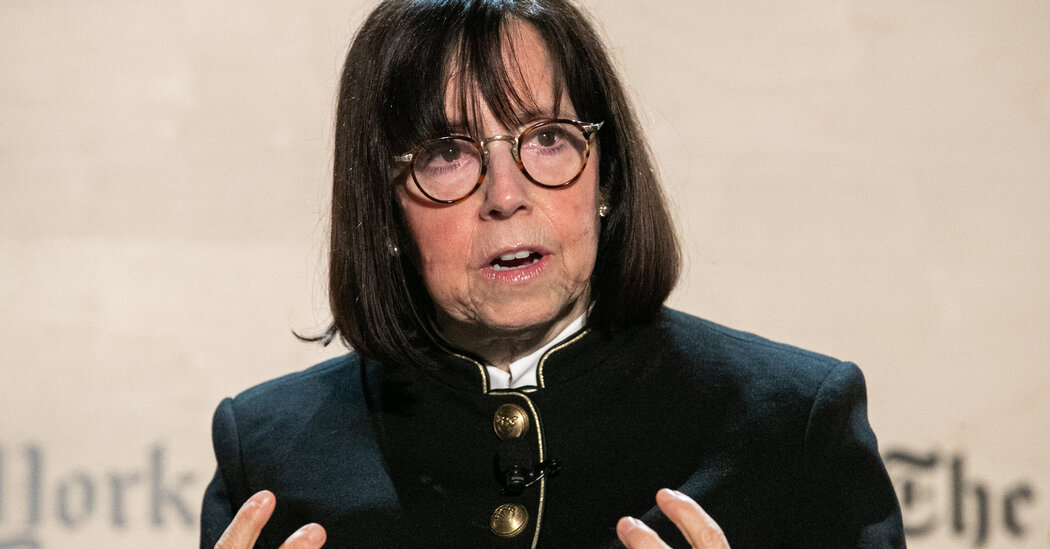 “The wants and habits of our consumers evolve by the day,” Mr. Cheeks wrote to his staff in a memo last week. He effusively praised Ms. Zirinsky as an “indefatigable” driver of “powerful journalism” while suggesting that it would fall to the next generation of CBS leaders to usher in the modern era: “Z has helped position the division for success.”

Ms. Zirinsky, in the interview, said that “every part of my being believes this transition is right, at the right time, with the right ideas.” She conceded she “would be lying” if she claimed ratings were unimportant, but she noted that “Evening News” had narrowed its deficit in the key demographic and that she had shored up a newsroom that, after the convulsions of recent years, had “felt a bit abandoned.”

Ms. Zirinsky signed the star anchor Gayle King to a new contract at “CBS This Morning,” which had lost momentum after the exit of its former co-anchor Charlie Rose over claims of workplace misconduct. On March 8, the show beat ABC and NBC for the first time on the strength of its exclusive excerpts from Oprah Winfrey’s CBS interview with Meghan Markle. “60 Minutes” and “CBS Sunday Morning” remained highly respected and highly rated.

Some of Ms. Zirinsky’s strengths — a love of producing; an encyclopedic knowledge of the network — proved double-edged. Accustomed to the banter of the control room, she sometimes mused aloud about personnel changes, prompting unease and unauthorized leaks; trained to report every fact, she spent months seeking input about her next moves, delaying big decisions.

By the time Ms. O’Donnell was officially named “Evening News” anchor in May 2019 — days after the announcement had leaked to The New York Post — Ms. Zirinsky had openly told colleagues that the network presidency could be an awkward fit for her. The Post reported last week that Ms. Zirinsky, during a lengthy corporate budget meeting, scrawled “I hate my job” on a sheet of paper and held it up.

“I am transparent,” Ms. Zirinsky said, when asked about her expressions of frustration with the job. “The passion that I feel sometimes gets misinterpreted. I wouldn’t have traded this for anything. If I was asked today to step into this role, I would do it all over again.”

CBS News has tried a number of approaches over the years to lift its fortunes.

The “Evening News” tried a megawatt star (Katie Couric) and a lesser-known homegrown prospect (Jeff Glor). “CBS This Morning” was a revolving door of anchors and producers. David Rhodes, who had worked at Fox News before he became the CBS News president in 2011, ran the division in the style of a technocrat before he was replaced by Ms. Zirinsky, the old-school shoe leather journalist.

AUSTIN, Texas--(BUSINESS WIRE)--As the first multifamily management company to be recognized in the Public Relations and Marketing Excellence Awards, … END_OF_DOCUMENT_TOKEN_TO_BE_REPLACED

There have been whispers of cooling housing and rental prices in the San Francisco Bay Area, but that hasn't yet translated into practical, noticeable … END_OF_DOCUMENT_TOKEN_TO_BE_REPLACED

Cars pass in Independence Square at twilight in Kyiv, Ukraine, Monday, Oct. 31, 2022. Rolling ... [+] blackouts are increasing across Ukraine as the … END_OF_DOCUMENT_TOKEN_TO_BE_REPLACED