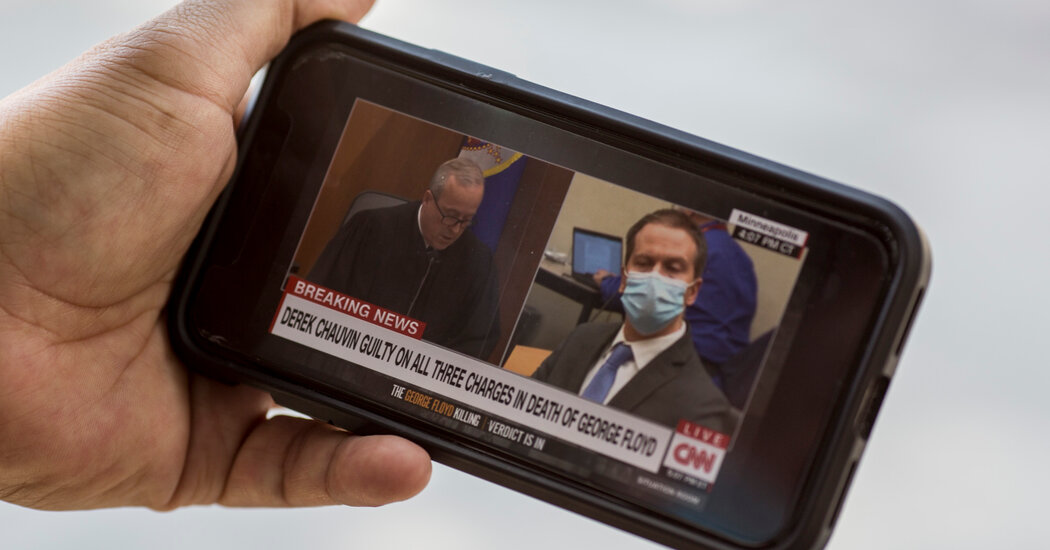 More than 18 million people tuned in to cable and broadcast networks for the reading of the verdict in the Derek Chauvin murder trial on Tuesday, a huge viewership total for a late afternoon, according to preliminary data from Nielsen.

An average of four million people watched CNN from 4:30 p.m. to 6:30 p.m., more than double the number of viewers the network drew the previous day in the same time slot, according to Nielsen. Another four million watched on ABC, and 3.4 million saw it on Fox News. MSNBC and CBS each had about three million viewers.

NBC’s viewership totals were not yet available, which means the verdict was likely seen on television by an audience of more than 20 million. And because Nielsen’s numbers do not include people who watched the proceedings on their phones or laptops, the total number of people who watched was certainly even bigger than that.

Viewer interest was strong throughout the three-week trial of Mr. Chauvin, the former Minneapolis police officer who murdered George Floyd last May. On several days, CNN had more viewers during key portions of the trial in the afternoon than it did in prime time, usually its most watched hours.

CNN’s sibling network, HLN, which covered the entirety of the trial, had its highest ratings since its coverage of the George Zimmerman trial in 2013. Mr. Zimmerman was the neighborhood watch volunteer in Florida who fatally shot Trayvon Martin, an unarmed Black teenager.

Whether you optimistically hope that mortgage rates will decline or are resigned that rates will stay elevated above the historic lows of 2021, you … END_OF_DOCUMENT_TOKEN_TO_BE_REPLACED

A resident of Nikopol, Ukraine, in her backyard last month, with smoke rising from an area on the opposite bank of the Dnipro River. Credit...David … END_OF_DOCUMENT_TOKEN_TO_BE_REPLACED