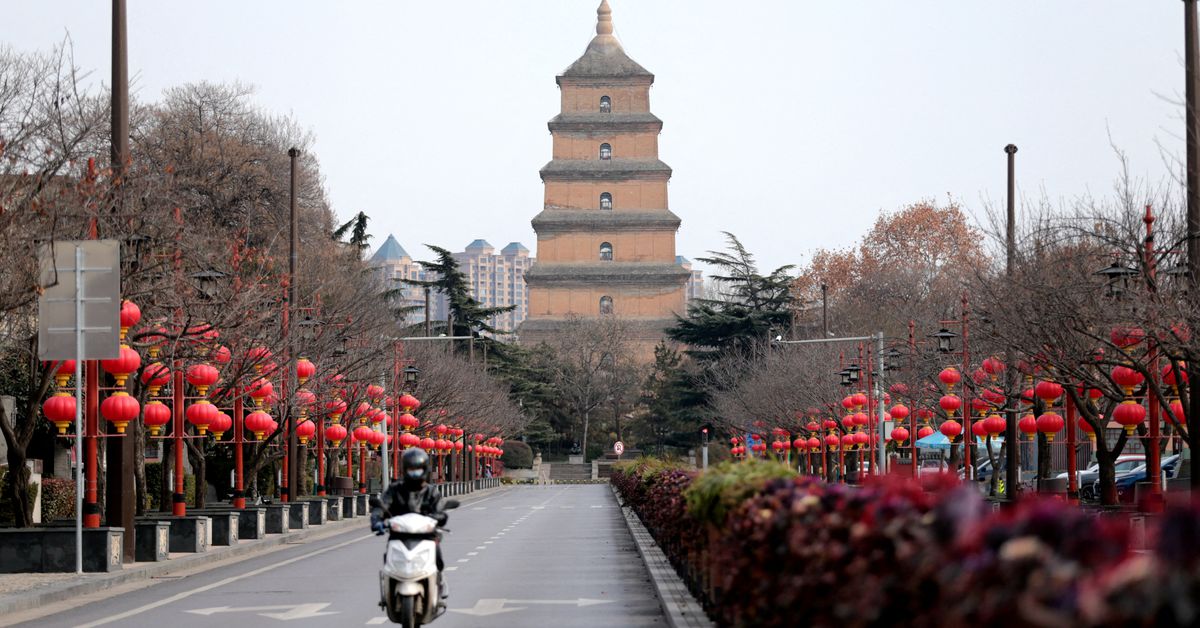 BEIJING, Dec 27 (Reuters) – China’s Xian tightened curbs on travel within the city on Monday as it started a new round of testing on the fifth day of a lockdown of its 13 million people.

Xian reported 150 new local symptomatic coronavirus cases for Sunday, a slight drop from the previous day’s 155, and officials warned that people flouting rules on travel or testing could face detention and fines.

Case numbers in Xian remain tiny compared with many clusters in other countries but officials have imposed tough curbs on travel within the city and on leaving it, in line with a government drive to immediately contain outbreaks.

Authorities have not announced any infections with the Omicron variant among the 635 confirmed cases in Xian from Dec. 9 to Sunday. China has detected only a handful of Omicron infections among international travellers and in its south.

Nationwide, China reported 162 domestic symptomatic cases for Sunday, up from 158 a day earlier. It marks the highest count since the official daily bulletin started to classify asymptomatic carriers separately at the end of March last year.

Since last week, Xian residents have not been allowed to leave the city without permission from their employer or authorities.

From Monday, no vehicles are allowed on the roads unless they are for virus control or for people’s livelihoods and violators could face up to 10 days in police detention and 500 yuan ($78.48) fines.

The city told residents on Monday not to leave home unless they are giving samples in a new round of citywide testing. People in less risky areas would be allowed out to buy necessities if the testing is negative, the city government said.

Anyone who refuses to follow the rules during testing, including keeping a metre away from each other in queues, could also face detention and a fine, police said.

Dongyan Jin, a virologist at the University of Hong Kong, said the mass disinfection of outdoor air and surfaces seemed unnecessary given the low risk of people catching COVID-19 from outdoor surfaces or the air with so few people outside.

“This is shooting mosquitoes with cannon,” said Jin, though he said he believed disinfection of indoor surfaces, especially in places visit by infected people, was necessary.

Infections have also been found in two other cities in Shaanxi province – the same province as Xian – and in the Guangxi region and the provinces of Zhejiang, Guangdong and Sichuan.

A Falcon 9 rocket launches the GPS III SV05 satellite on a mission for the U.S. Space Force on June 17, 2021.SpaceXElon Musk's SpaceX broke its own … END_OF_DOCUMENT_TOKEN_TO_BE_REPLACED

The "Dog Whisperer" is also a real estate whiz.Canine trainer Cesar Millan has quickly found a buyer for his $4 million Encino, CA, residence. The … END_OF_DOCUMENT_TOKEN_TO_BE_REPLACED