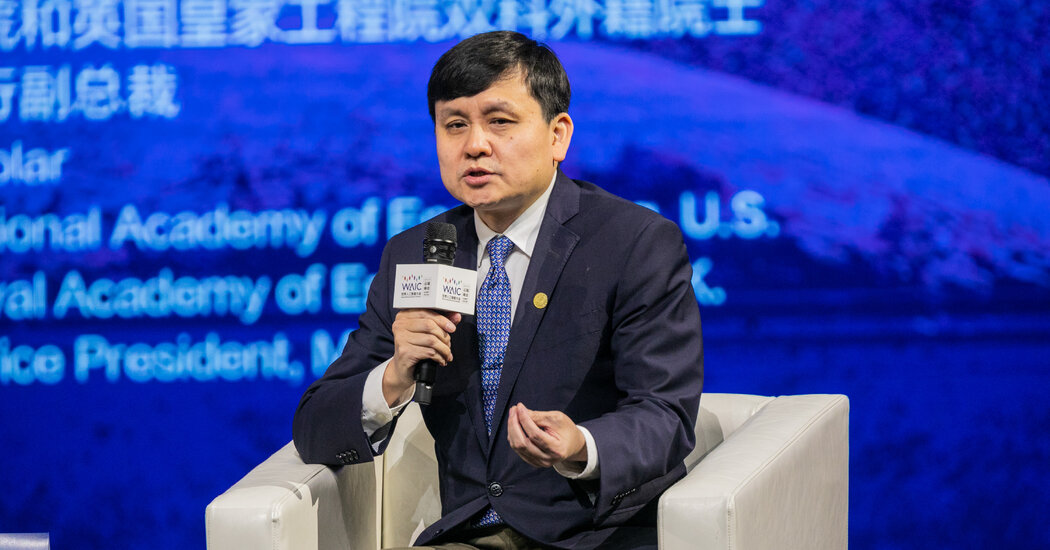 China has imposed some of the toughest lockdowns in the world to stop Covid-19. One city sealed apartment doors, leaving residents with dwindling food and medicine. One village tied a local to a tree after he left home to buy cigarettes. Beijing forced people to leave their pets behind when they went into quarantine.

Few officials spoke up against the excesses, given the central government’s obsession with its anti-coronavirus campaign. That hasn’t stopped Dr. Zhang Wenhong.

Dr. Zhang, an infectious-disease specialist and perhaps China’s most trusted voice on Covid-19, has spoken out publicly against excessive lockdowns, though he hasn’t criticized individual cities. Fighting the pandemic, he likes to say, is like “catching mice in a china shop.”

“We hope that our pandemic prevention measures won’t affect public life too much,” Dr. Zhang wrote on Jan. 24, after a second wave of infections prompted tough clampdowns.

video a few days later, “life would be too hard.”

Dr. Zhang may be China’s closest analogue to Dr. Anthony S. Fauci, the American infectious-disease specialist who became the public face of stopping the coronavirus amid the chaos of the Trump administration. A consummate technocrat, Dr. Zhang comes across as neither political nor ideological. Yet, by offering his expert opinions straight, he pushes back against the authoritarian instinct in a system that often overreacts with draconian measures.

A top academic at Fudan University in Shanghai and a member of the Communist Party, Dr. Zhang led Shanghai’s expert panel on Covid-19, giving him considerable authority over the city’s response.

Dr. Zhang doesn’t challenge the government, but neither does he always toe the official line. Late last year, some Chinese officials pointed to findings that the virus had been found on the packaging of imported food, suggesting that the coronavirus may have been brought to China from overseas. Dr. Zhang has told his audience not to worry about it: “The chance of catching the virus from imported goods,” he said, “is lower than dying in a plane crash.”

“I’m not going to hide the information because I’m worried that I could say something wrong and cause some controversies,” he said over the summer. “We always share what we know.”

Still, he has kept a high profile without drawing major ire from the government or sustained criticism from the nationalists. Some of that stems from China’s pride in quickly containing the coronavirus. Dr. Zhang, who played a role in that, has won a number of awards from official groups.

In watching his speeches, I found another key to his sustained appeal. In his impromptu speech at a national teaching award ceremony in September, he said the essence of education is acknowledging human dignity. Mr. Zhang appeals to the humanity of his audience and, by admitting his own foibles, shows the authorities and the public that he is merely human, too.

In one speech, he mentioned that some victims of avian flu had caught it from taking care of their infected loved ones, and that female patients were more likely to infect their doting mothers than their absent husbands. “At that moment,” he told the audience, “I lost faith in romantic love.”

said, “I would have worked on my deltoid.”

interview last June, a reporter asked him whether anybody had reminded him to be mindful of his status as an expert and the head of an expert government panel.

“People are smart,” he responded. “They know whether you’re telling them truth or lies.”

When he gets public accolades, he often uses the occasion to highlight his causes, like more funding for infectious-disease research and for increasing the public awareness of tuberculosis and hepatitis B, two of the most common infectious diseases in China.

He also talks about people who deserved more attention, like the women among the pandemic responders whose role has often taken a back seat to the men’s in the media. “Men are on camera more,” he said at a forum on the subject, “but women did more work.”

Then he turned to the female medical workers, and bowed.

DONETSK REGION, Ukraine — Between the cracks of mortar fire and the metallic bangs of Russian self-detonating mines, Yurii, a Ukrainian Army medic, … END_OF_DOCUMENT_TOKEN_TO_BE_REPLACED

SAN FRANCISCO — Cleve Jones has lived in the Castro neighborhood for nearly 50 years, almost from the day he graduated from high school in Phoenix and … END_OF_DOCUMENT_TOKEN_TO_BE_REPLACED