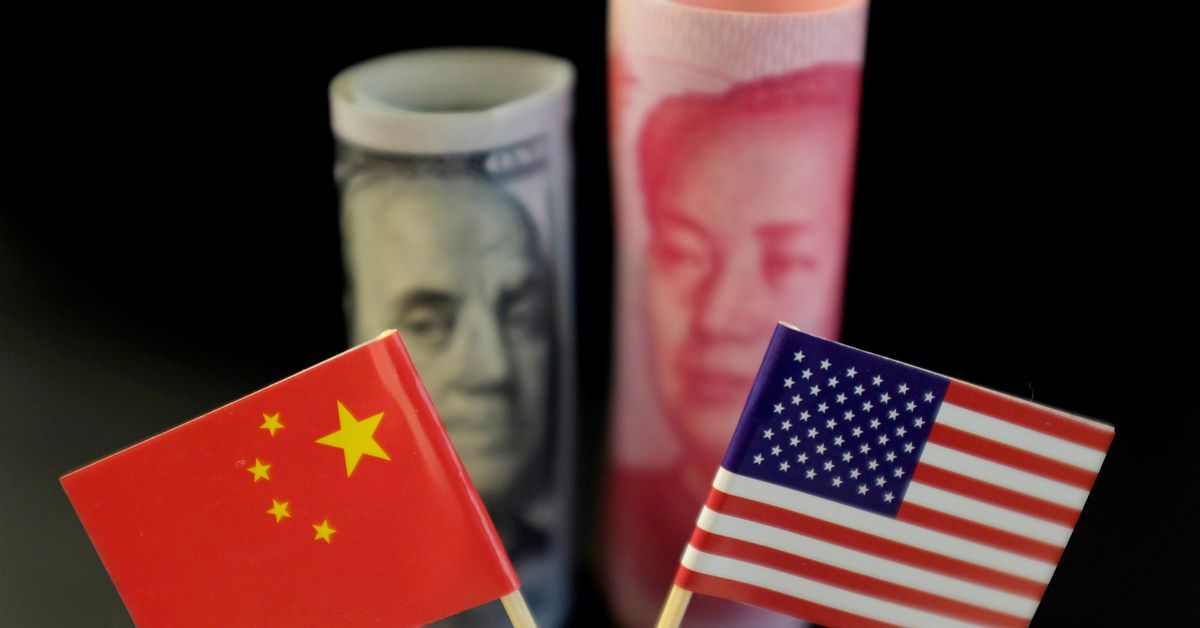 Chinese holdings dropped to $1.003 trillion in April, down $36.2 billion from $1.039 trillion the previous month, according to U.S. Treasury Department figures. China’s stock of Treasuries in May 2010 was $843.7 billion, data showed.

The reduction in Treasury holdings may also have been aimed at diversifying China’s foreign exchange holdings, analysts said.

The Chinese sales contributed to a drop in overall foreign holdings of Treasuries in April that helped propel yields higher. U.S. benchmark 10-year Treasury yields started April with a yield of 2.3895% , and surged roughly 55 basis points to 2.9375% by the end of the month.

Japan’s holdings of U.S. Treasuries fell further in April to their lowest since January 2020, amid a persistent decline in the yen versus the dollar, which may have prompted Japanese investors to sell U.S. assets to benefit from the exchange rate.

Japanese holdings fell to $1.218 trillion in April, from $1.232 trillion in March. Japan remained the largest non-U.S. holder of Treasuries.

On a transaction basis, U.S. Treasuries saw net foreign outflows of $1.152 billion in April, from net new foreign inflows of $48.795 billion in March. This was the first outflow since October 2021.

The Federal Reserve, at its policy meeting in March, raised benchmark interest rates by a quarter of a percentage point.

It lifted rates by 50 bps in May, but at the June policy meeting on Wednesday lifted rates by a hefty 75 bps to stem a disruptive surge in inflation. The Fed also projected a slowing economy and rising unemployment in the months to come. read more

In other asset classes, foreigners sold U.S. equities in April amounting to $7.1 billion, from net outflows of $94.338 billion in March, the largest since at least January 1978, when the Treasury Department started keeping track of this data. Foreign investors have sold stocks for four consecutive months.

AUSTIN, Texas--(BUSINESS WIRE)--As the first multifamily management company to be recognized in the Public Relations and Marketing Excellence Awards, … END_OF_DOCUMENT_TOKEN_TO_BE_REPLACED

There have been whispers of cooling housing and rental prices in the San Francisco Bay Area, but that hasn't yet translated into practical, noticeable … END_OF_DOCUMENT_TOKEN_TO_BE_REPLACED

Cars pass in Independence Square at twilight in Kyiv, Ukraine, Monday, Oct. 31, 2022. Rolling ... [+] blackouts are increasing across Ukraine as the … END_OF_DOCUMENT_TOKEN_TO_BE_REPLACED