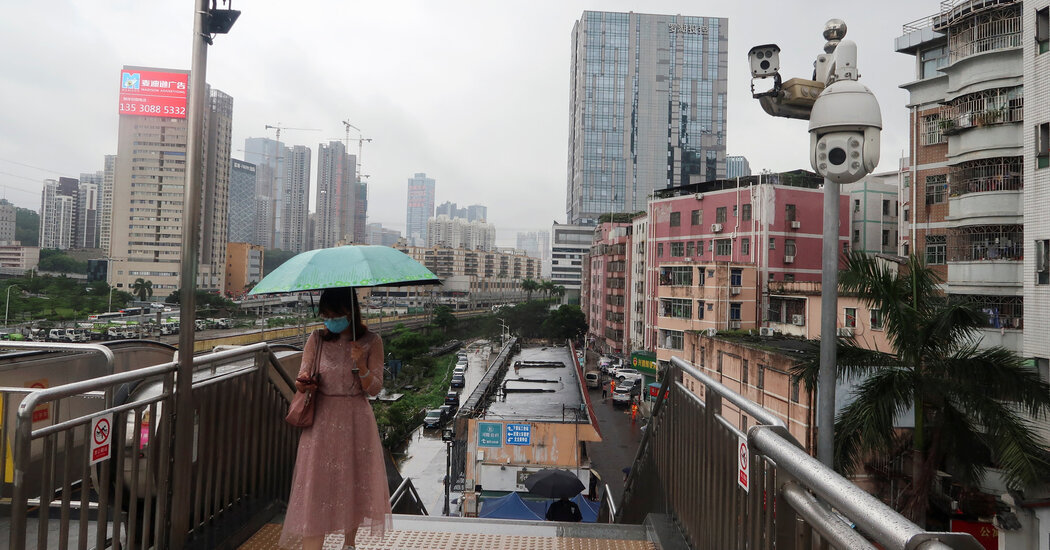 Chinese artists have staged performances to highlight the ubiquity of surveillance cameras. Privacy activists have filed lawsuits against the collection of facial recognition data. Ordinary citizens and establishment intellectuals alike have pushed back against the abuse of Covid tracking apps by the authorities to curb protests. Internet users have shared tips on how to evade digital monitoring.

As China builds up its vast surveillance and security apparatus, it is running up against growing public unease about the lack of safeguards to prevent the theft or misuse of personal data. The ruling Communist Party is keenly aware of the cost to its credibility of any major security lapses: Last week, it moved systematically to squelch news about what was probably the largest known breach of a Chinese government computer system, involving the personal information of as many as one billion citizens.

The breach dealt a blow to Beijing, exposing the risks of its expansive efforts to vacuum up enormous amounts of digital and biological information on the daily activities and social connections of its people from social media posts, biometric data, phone records and surveillance videos. The government says these efforts are necessary for public safety: to limit the spread of Covid, for instance, or to catch criminals. But its failure to protect the data exposes citizens to problems like fraud and extortion, and threatens to erode people’s willingness to comply with surveillance.

for mishandling data. But the authorities rarely point fingers at the country’s other top collector of personal information: the government itself.

Security researchers say the leaked database, apparently used by the police in Shanghai, had been left online and unsecured for months. It was exposed after an anonymous user posted in an online forum offering to sell the vast trove of data for 10 Bitcoin, or about $200,000. The New York Times confirmed parts of a sample of the database released by the anonymous user, who posted under the name ChinaDan.

In addition to basic information like names, addresses and ID numbers, the sample featured details that appeared to be drawn from external databases, like instructions for couriers on where to drop off deliveries, raising questions about how much information private companies share with the authorities. Of particular concern for many, it also contained intensely personal information, such as police reports that included the names of people accused of rape and domestic violence, as well as private information about political dissidents.

leaked databases used by the police in China that were left online with little to no protection; some contained facial recognition records and ID scans of people in a Muslim ethnic minority region.

Now, there are signs that people are growing wary of the government and public institutions, too, as they see how their own data is being used against them. Last month, a nationwide outcry erupted over the apparent abuse of Covid-19 tracking technology by local authorities.

The Latest on China: Key Things to Know

China’s economy stumbles. Hurt by lockdowns imposed to curb the spread of Covid, China’s economic engine has shuddered in recent months, as housing sales sagged, shops and restaurants shuttered and youth unemployment climbed. The slowdown has kindled doubts about the viability of the country’s stringent strategy of eliminating virtually all Covid-19 infections.

A financial scandal. Depositors from across the country descended on the city of Zhengzhou for a rare mass demonstration after the money they placed in rural banks using online, third-party platforms was frozen as investigators examined allegations of widespread fraud. The authorities responded with violence.

Forced labor. Mining companies in China’s western Xinjiang region are assuming a larger role in the supply chain behind the batteries that power electric vehicles and store renewable energy. But their ties to forced labor practices could portend trouble for industries that depend on materials from China.

Protesters fighting to recover their savings from four rural banks in the central Chinese city of Zhengzhou found that the mobile apps used to identify and isolate people who might be spreading Covid had turned from green — meaning safe — to red, a designation that would prevent them from moving freely.

“There is no privacy in China,” said Silvia Si, 30, a protester whose health code had turned red. The authorities in Zhengzhou, under pressure to account for the episode, later punished five officials for changing the codes of more than 1,300 customers.

posted on Weibo that he was refusing to wear an electronic bracelet to track his movements while in isolation, saying the device was an “electronic shackle” and an infringement on his privacy. The post was liked around 60,000 times, and users flooded it with responses. Many said the bracelet reminded them of the treatment of criminals; others called it a ploy to surreptitiously collect personal information. The post was later taken down by censors, the blogger said.

researcher on technology policy at Yale Law School and New America. “People are far more trusting overall in how government entities handle their personal information and far more suspicious about the corporate sector.”

Legal analysts said any disciplinary actions resulting from the Shanghai police database breach were unlikely to be publicized. There are few mechanisms in place to hold Chinese government agencies responsible for their own data leaks. For many citizens, that lack of recourse has contributed to a sense of resignation.

Occasionally, though, they notch small victories, as Xu Peilin did when she took on her neighborhood committee last year. She had returned to her apartment building in Beijing one day to find that the compound wanted residents to submit to a facial recognition scanner to enter.

“It was insane,” said Ms. Xu, 37, a project manager at a start-up company. She said it reminded her of one of her favorite television shows, the British science fiction series “Black Mirror.”

Ms. Xu badgered her neighborhood committee by telephone and text message until it relented. For now, Ms. Xu said, she can still enter her compound using her key card, though she believed it was only a matter of time until the facial recognition devices became mandatory again.

“All I can do for now,” she said, “is continue to resist on a small scale.”

There were no arrests in three quarters of last year’s fatal shootings, according to statistics provided by Mr. Krasner’s office, even as arrests for … END_OF_DOCUMENT_TOKEN_TO_BE_REPLACED