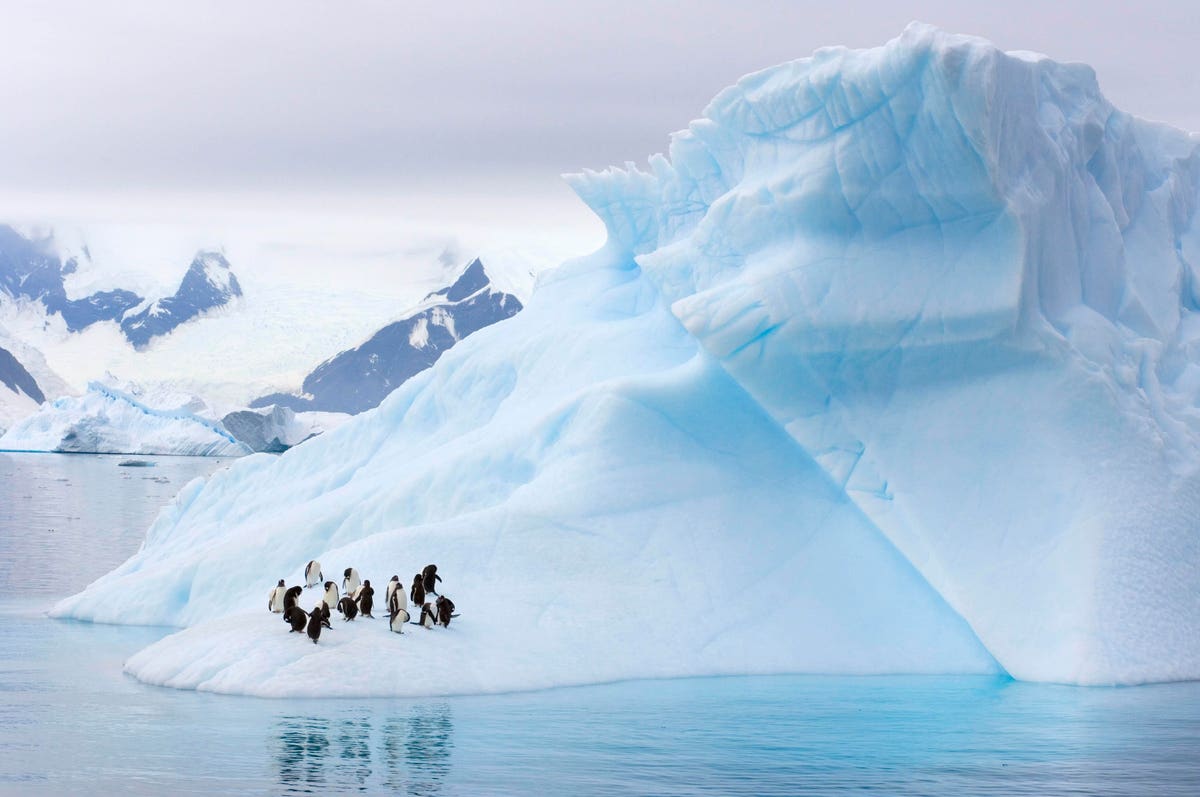 “Two roads diverged in a wood, and I—

I took the one less traveled by,

And that has made all the difference.”

Pierre Wack, who initiated the practice of using scenarios to examine possible futures for Royal Dutch Shell, warned that offering executives three paths would usually lead to them choosing the ‘middle’ one, as if that were the most likely or a compromise between the other two, when in reality it was supposed to represent simply one of three possible futures. Thus, he said, presenting two scenarios was preferable and I will follow that advice even though it is an absurd simplification. Maybe he was a Robert Frost fan.

It seems that, while the most likely future is one of continual progress in costs, cleanliness and access to energy as the technology advances and the world becomes richer, a consideration of the primary policy impetuses and what might lead to different energy policy paths is useful. Of course, given typical political behavior, ‘muddling through,’ that is making gradual changes over the long term, seems more likely than either some radical transformation of the energy industry or near-complete inaction, but that scenario seems rather self-evident, so instead, I will consider two possibilities: the transition either accelerates or decelerates.

The historical record of political/government inertia suggests a strong acceleration in the energy transition is unlikely, but it is hardly impossible. Expectations that carbon-free energy investment will reach levels necessary for Net Zero 2050 targets to be achieved appear to be unrealistic: the IEA projects power sector investment would have to double by 2030, for instance. Still, three possible drivers could cause this, political, technological, and climatological.

The first assumes a radical growth in the power of progressives, with many more countries electing leaders and parties that are much more liberal and environmentally conscious, accepting that ‘liberal’ and ‘environmentally conscious,’ while correlated are not identical. Liberals might push for more access to commercial energy for the energy impoverished, for example. Still, the recent trend favoring conservative populists could easily be reversed and see an additional commitment to low-carbon energy policies, whether through mandates, subsidies or taxes. Renewables, including biofuels, would thus see accelerating market penetration.

Second, a major technical advance that makes low-carbon energy much more attractive could mean widespread adoption even without major political support. The two most likely to have such an impact are advances in battery technology and/or biofuels. The former is always possible but given that huge research efforts of recent decades that have yielded only one type of usable battery—lithium-ion—which remains expensive and low-density, the probability of such a breakthrough in the next decade is not high.

Similarly, many biofuels have been advocated but few accepted. Jojoba anyone? Tropical agriculture yielding sugar for ethanol and oil plants for biodiesel are still the only major sources of biofuels, as the high cost of conversion of solar power through plants remains a serious barrier to economic viability. Genetic engineering could mean biofuel ‘factories’ producing, most likely, biodiesel at competitive prices, displacing fossil fuels in transport. Again, this could happen without government intervention, should their costs drop significantly.

Then there’s a possible climatological impetus: a significant worsening of global warming in the coming years would increase public pressure for action, primarily in wealthy countries. The heat wave of 1988 was a major factor in raising the political temperature (sorry) concerning climate change (then called global warming), and another round of extreme heat could intensify that. It has been argued that recent weather events such as wildfires in California and drought in the Southwest are not really unusual or particularly the result of climate change, but if weather events worsen, those arguments would, rightly or wrongly, be less persuasive. After all, perception drives policy as much or more than reality.

This would be similar to the first oil crisis in 1973, after which there was widespread debate about whether or not oil prices would retreat or possibly stay flat, albeit at new, higher levels. Then the second oil crisis in 1979 convinced both the expert community and governments that ever-higher oil prices were certain, disregarding the transient nature of the supply disruption. Billions were spent on synthetic fuels and many new technologies were heralded (breeder reactors, anyone?), while officialdom argued for increased coal use, saving natural gas for ‘premium’ uses like petrochemicals.

Ultimately, markets worked, energy prices came down and supplies remained abundant. Tens if not hundreds of billions of dollars were lost on investments that were supposed to be sure things, and greenhouse gas emissions surged with coal use. Could climate change prove similar? That is, short-term changes in weather being interpreted as long-term trends? Some would argue that is happening already, but certainly worse weather in the next decade could easily pressure politicians to take more drastic actions.

Alternatively, could the climate crisis prove to be similar to the 1970s Oil Crises, a problem which either proves solvable or tolerable, or where short-term fluctuations have been incorrectly interpreted as reflecting longer-term trends? Again, the path of policy deceleration can be attributed to one or more of three causes, political, technological, or climatological.

It might seem that reduced political impetus behind climate change policies is unlikely to reduce actions from their current glacial pace, but there are still numerous mandates and subsidies already implemented. The recent reduction in support for solar power in some countries such as Germany and Japan could serve as an early warning shot about reduced support for expensive alternative energies; intensified opposition to renewables land needs could reduce support for them. Crisis fatigue might also be a factor in seeing the political impetus for action reduced.

This could be especially true if another problem appears more threatening, whether social, economic, or geopolitical. It seems unlikely that something like World War II ending the Great Depression could occur with regard to climate change, but the pandemic has certainly shown that the public has trouble maintaining a focus on multiple existential threats [sic]. Indeed, recent high energy prices have seen the public pushing for cheaper energy, even if where means more coal usage.

Technological progress could obviate many current climate change policies, despite the naysayers. Those who argue for optimism about technology are often accused of ‘magical thinking,’ but that is reminiscent of Arthur C. Clarke’s remark that those who don’t understand technology believe it to be magic. As I have shown elsewhere,[i] much of the neo-Malthusian fallacies stemmed from the unsupported assumption that technological progress would slow or end, leading to resource scarcity and mass starvation. Interestingly, a major factor behind the end of the 1970s oil crises was the oil industry cracking residual fuel oil into lighter products, reducing consumption by 5 million barrels per day from 1979 to 1985. (Coal and gas replaced the fuel oil.) Somehow that was missed by the forecasters of the time.

Several possibilities exist for technological advances that could reduce the need, perceived or actual, for aggressive climate change policies. Nuclear power could prove much cheaper in the future, just as solar and wind costs came down in the past decade, replacing much coal use and reducing deforestation for fuel. Carbon capture and sequestration, now expensive, could become cheaper than many other GHG reduction approaches, leaving a greatly reduced need to phase out fossil fuels. Indeed, cheaper electricity should make carbon capture much cheaper, since it comprises a significant fraction of those costs.

Finally, there is no guarantee that the climate will continue warming at the recent rate. Steve Koonins, in his book Unsettled, notes that the climate from 1910 to 1940 was similar to the recent three decades, followed by three decades of cooling, then more warming. Even if climate models are reasonably accurate, that doesn’t rule out the potential for a cyclical cooling period which would, rightly or wrongly, reduce pressure for the more aggressive GHG reduction targets.

With all due respect to Robert Frost and Pierre Wack, the public, governments and industry face a multitude of roads and the history of choices is littered with unexpected dead ends, from breeder reactors to coal liquefaction to jojoba biodiesel, and undoubtedly we will look back on the current situation as one where many took the wrong road(s). Sadly, we won’t know for many years which was the correct road, but it remains important to realize that alternatives exist and which developments will favor a given path. Listening to the IEA instead of the fears of teenagers might be sensible—but there’s no guarantee of that.

[i] “A Report on Resource Pessimism”

These first months of the year are traditionally when hopeful homebuyers sit down to tally their raises or bonuses and assess what they can afford. … END_OF_DOCUMENT_TOKEN_TO_BE_REPLACED