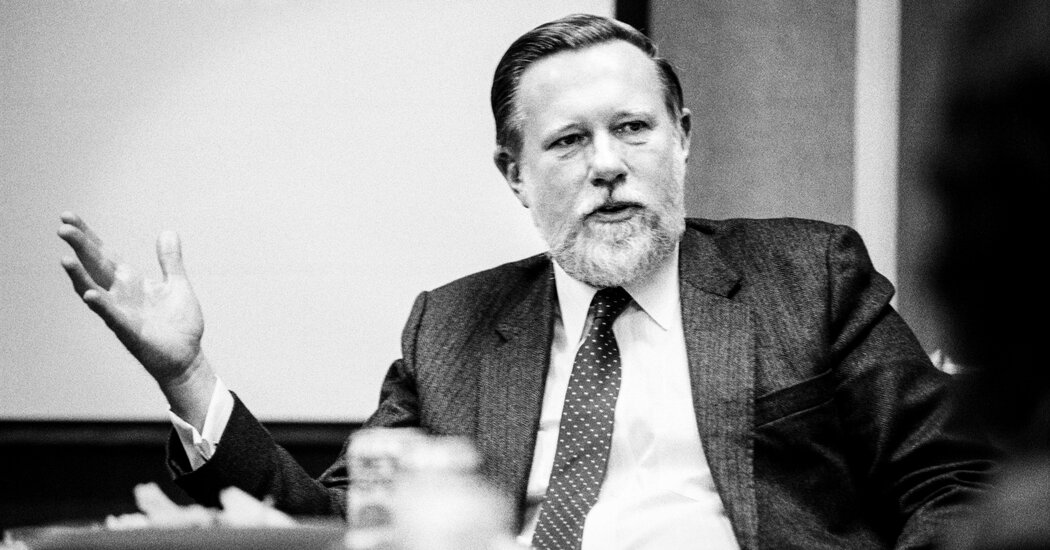 Dr. Geschke had a way of “looking around the corner,” said Shantanu Narayen, Adobe’s current chief executive. “Civilization is all about written material,” he said. “Chuck and John brought that into the modern era.”

Charles Matthew Geschke was born in Cleveland, on Sept. 11, 1939. His mother, Sophia (Krisch) Geschke, worked for the Cleveland bankruptcy court as a paralegal. His father, Matthew, was a photoengraver, helping to prepare the plates needed to print newspapers and magazines.

Matthew Geschke often told his son that there were two things he should avoid: the printing business and the stock market. For a time, Chuck Geschke followed his father’s advice.

Raised Roman Catholic, he attended a Jesuit high school in Cleveland and joined a Jesuit seminary after graduation. But he dropped out before the end of his fourth year. He often said that he and the Jesuits had come to the mutual decision that the priesthood was not for him.

Building on the years he spent studying Latin in high school and at the seminary, he enrolled at Xavier University in Cincinnati and graduated with a degree in classics. Then he stayed on for a master’s degree in mathematics, before working as a math professor at John Carroll University, a small Catholic university in Cleveland.

His life took another turn in the mid-1960s, when he told a struggling student to leave the university. The next year, the student returned, telling him, “The best thing you ever did was kick me out.” The student had found a high-paying job selling computers for General Electric, and he soon taught his former professor how to write a computer program on the massive mainframe machines of the day.

Among the simple programs Chuck Geschke wrote that summer was a way of printing envelopes for the announcement of his daughter’s birth. Not long after, he enrolled as a Ph.D. student in the new computer science department at Carnegie Mellon University in Pittsburgh, one of the first in the country.

Three men were indicted in the death of the notorious gangster James (Whitey) Bulger, who was beaten to death four years ago in a West Virginia … END_OF_DOCUMENT_TOKEN_TO_BE_REPLACED

Dr. Connolly and Dr. Mott live in the North Baltimore neighborhood of Homeland, known for its strong public schools and colonial architecture, which … END_OF_DOCUMENT_TOKEN_TO_BE_REPLACED