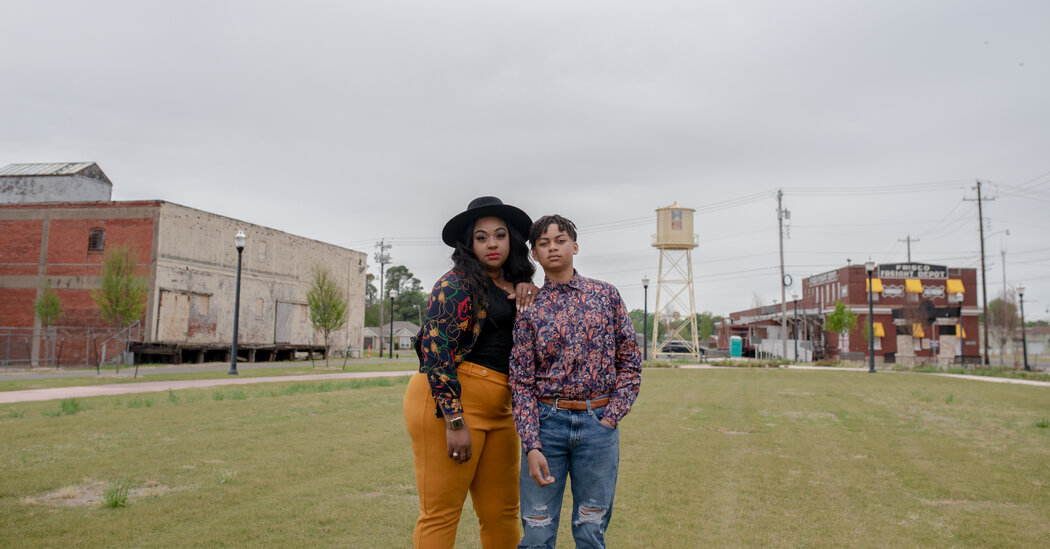 Braylon Dedmon was 3 days old when his mother, Talasheia, was offered $1,000 to open a college savings account in his name.

“I was like, ‘What?’” Ms. Dedmon recalled. Her skeptic’s antennae tingled. “I was a little scared.” Was this a scam?

It wasn’t. The offer was the beginning of a far-reaching research project begun in Oklahoma 14 years ago to study whether creating savings accounts for newborns would improve their graduation rates and their chances of going to college or trade school years later.

A few weeks after that initial conversation in 2007, the first statement arrived, showing $1,000 in Braylon’s name. “I was shocked,” said Ms. Dedmon, who now lives in Muskogee. “They started sending me statements every three months, and have been sending me them since then.”

Research about the Oklahoma project published this month by the Center for Social Development at Washington University in St. Louis, which created SEED OK, found that families that had been given accounts were more college-focused and contributed more of their own money than those that hadn’t been. And the effects are strongest among low-income families.

The approach breaks with most social policy programs created over the last half-century, which focus on income supplements. Child savings accounts, by contrast, concentrate on accumulating assets over the long term.

Michael Sherraden, the founder of the center at Washington University, said the idea was to give everyone a stake — an investment — in the future. Benefits of the program extend not just to bank accounts but also to behavior. Households with the seed money — especially poorer ones with parents who did not attend college — have greater expectations about higher education, are more optimistic, have lower rates of depression and save more.

College savings accounts known as 529 plans, which restrict withdrawals and grow tax-free, are used by only a tiny share of American households, mostly in the upper reaches of the income ladder.

Assets and the Poor,” has been pushing for savings accounts, also known as development accounts, that would automatically be opened for every child born in the United States. Canada, Israel, South Korea and Singapore have established versions of the idea.

“We need to create structures to enable people to accumulate assets over the long term,” Mr. Sherraden said. He argues that a universal program is necessary to sustain political support, but that it would nonetheless deliver disproportionate gains at the lower end of the economic spectrum.

“You will reduce the difference in the gap between the highest and lowest group over time,” he said.

In Maine, the private Harold Alfond Foundation started offering every child born in the state a $500 grant in 2009. Mr. Alfond, who founded the Dexter Shoe Company before selling it to Warren E. Buffett, had been writing a $500 check to each of his newborn grandchildren.

California has allocated $25 million for a similar program.

Rhode Island and Nevada are among the states that have established child development account programs. There are several other programs of varying scope and size across the United States, according to the nonprofit group Prosperity Now. Several programs include incentives and subsidies for lower-income families, which are disproportionately Black and Latino.

Automatic enrollment in a saving program, with the ability to opt out, turns out to have a much higher participation rate than relying on individuals to take the initiative. In the first years of the Maine program, when families had to open accounts themselves, participation never rose above 50 percent. In 2013, the Alfond Foundation switched to automatic enrollment, and since then, pretty much every newborn in the state has gotten an account.

William Elliott III, a professor of social work at the University of Michigan and a co-author of “Making Education Work for the Poor,” said knowledge about how to administer savings accounts and their impact had jumped over the last decade.

“It’s one of the best delivery systems” to help low-income children build assets and direct them toward college, Mr. Elliott said. He added that there was more rigorous data on the positive impact of child savings accounts than there was on student loans, government Pell grants and free college.

“A savings account for a low-income kid means a lot more to them than it does for a wealthy kid,” Mr. Elliott said, and establishing it early can transform expectations about the future.

Kandynace Boyd, who lives in Oklahoma City, hasn’t been able to contribute any additional money to her son Manuel’s account. She works part time in an acute care facility and is struggling to keep up with bills. But she said Manuel, 13, was already talking about going to culinary school.

There were no arrests in three quarters of last year’s fatal shootings, according to statistics provided by Mr. Krasner’s office, even as arrests for … END_OF_DOCUMENT_TOKEN_TO_BE_REPLACED