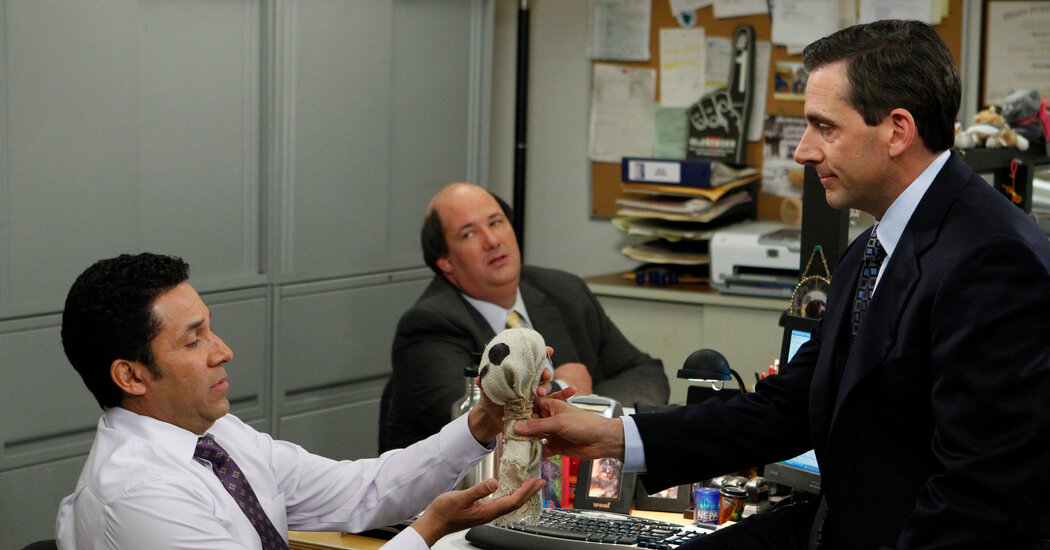 If you want a clear picture of the state of the media industry in upheaval, Comcast offers a good snapshot.

The company, which includes NBC, Universal Pictures, several theme parks, and the Peacock streaming service, beat Wall Street’s expectations in its first-quarter earnings report on Thursday as it continued to shift its emphasis from cable to digital.

To start, take these figures from its results:

Despite the regular pace of cord cutting, Comcast’s cable television business pulled in over $5.62 billion in revenue for the first quarter. That was flat compared with last year, but it’s still the company’s biggest business, accounting for a fifth of all revenue.

Peacock, on the other hand, is the fastest growing, but it loses the most money. Last year, it approached $700 million in pretax losses. This year, the streaming platform is expected to lose $1.3 billion as Comcast spends big to load it up with original shows and sports programming with the aim of attracting more viewers.

report from the tech news site The Information revealed that a little more than 11 million households were watching the service.

Even so, the aim of Peacock is to replace the lost advertising from Comcast’s cable and broadcast channels as people continue to cut the cord. Peacock, which is available nearly everywhere, can also act as a hedge against other cable operators such as Charter or Cox when Comcast’s media division, NBCUniversal, negotiates carriage fees.

Peacock offers some of the most popular streaming shows, including “The Office,” a top hit on Netflix before it lost the rights to the series in 2021 when the license expired and the show reverted back to its owner, Comcast.

In a few years, Peacock will have the rights to stream National Football League games on Sunday alongside NBC as part of a new agreement. That could ruffle feathers with some of NBC’s affiliate stations if viewers drop TV and opt for Peacock to watch football. The streamer will also have some games exclusively. In March, the service added WWE.

Comcast sells something that has proved more durable than sports and entertainment: broadband, the piping that carries all streaming platforms. The company saw a surge in subscribers during the pandemic. In the first quarter, sales increased 12 percent to $5.6 billion. It’s likely to overtake cable television as the company’s biggest business.

At NBCUniversal, sales sharply dropped as movie theaters remained mostly shut and fewer people were visiting theme parks under the pandemic. Revenue fell 9 percent to $7 billion and pretax profit decreased 12 percent to $1.5 billion. Advertising at its television networks, which include NBC, MSNBC and Syfy, fell 3.4 percent to $2.1 billion.

Overall, the company beat expectations, reporting adjusted profit of 76 cents a share on $27.2 billion in revenue, and its stock was climbing on Thursday morning. Investors were looking for 59 cents in per-share profit and $26.6 billion in sales.

AUSTIN, Texas--(BUSINESS WIRE)--As the first multifamily management company to be recognized in the Public Relations and Marketing Excellence Awards, … END_OF_DOCUMENT_TOKEN_TO_BE_REPLACED

There have been whispers of cooling housing and rental prices in the San Francisco Bay Area, but that hasn't yet translated into practical, noticeable … END_OF_DOCUMENT_TOKEN_TO_BE_REPLACED

Cars pass in Independence Square at twilight in Kyiv, Ukraine, Monday, Oct. 31, 2022. Rolling ... [+] blackouts are increasing across Ukraine as the … END_OF_DOCUMENT_TOKEN_TO_BE_REPLACED