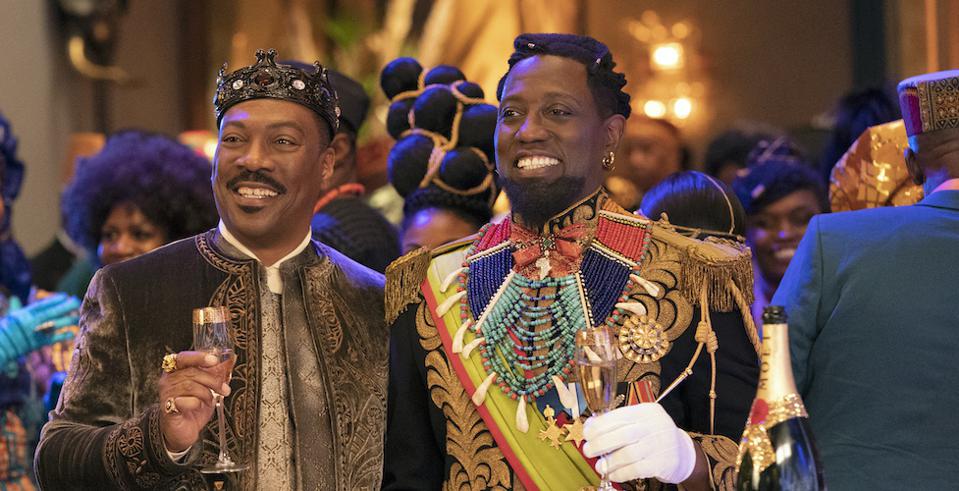 Eddie Murphy’s much-anticipated Coming to 2 America nabbed the biggest debut for any streaming title in the Covid era.

Eddie Murphy’s Coming 2 America became the most-watched streaming debut at least since theaters closed a year ago. So says Amazon (the platform which purchased the film from Paramount for a reported $125 million) and ratings service Screen Engine/ASI (so reports The Wrap). There are no hard numbers currently available, and we may not have such ratings figures until Nielsen gives us a “total minutes watched” figure in a few weeks, but it’s no surprise that the much-anticipated comedy sequel, which might have been a solid hit in theaters, is a big deal in a “sit on the couch and press play” era. With star power, franchise goodwill, nostalgia and convenience, Coming 2 America is likely to be the biggest streaming flick of the Covid-19 era.

Craig Brewster’s sequel to John Landis’ 1988 summer smash Coming to America was supposed to be a theatrical release, one which alongside Sonic the Hedgehog, A Quiet Place part II, Top Gun: Maverick, The SpongeBob Movie: Sponge On The Run and The Trial of the Chicago 7, was supposed to mark a comeback of sorts for the beleaguered Paramount Pictures. Alas, with Covid squelching the release dates of several high-end tentpoles and creating an incentive for streaming platforms to snag theater-worthy content, Paramount sold several biggies to various streaming platforms. Aaron Sorkin’s Oscar-contender went to Netflix and the Eddie Murphy sequel went to Amazon, while The United States Vs. Billie Holiday went to Hulu. Paramount is selling off its theatrical future.

The theatrical commercial potential, in a non-Covid timeline, of Coming 2 America was a coin toss. It was another “decades later” legacy sequel, one with most of the original cast returning as the sons and daughters of the original stars underwent the same adventure as their parents. Yet for every The Force Awakens or Jurassic World, there’s a Terminator: Dark Fate or Independence Day: Resurgence. That said, comedy sequels have been relatively successful in recent years, with (quality notwithstanding) Anchorman: The Return of Ron Burgundy ($171 million on a $50 million budget) and Dumb and Dumber ($170 million/$50 million) To outweighing Zoolander, No. 2 ($57 million/$55 million)-level whiffs. Coming to America remains one of Eddie Murphy’s most popular live-action films.

Such a glorified “party movie,” one whose demographic attributes (a mostly Black cast in a world of fantastical Black royalty) being sadly as unique in 2021 as it was in 1988, is made for streaming, since the hesitancy in terms of franchise recycling and poor reviews are almost irrelevant when you don’t have to drive to the theater, buy a ticket and/or pay for babysitting. That the sequel is PG-13 (the original was a pretty soft R) means that you don’t even have to put the kids to bed first. So, yeah, there’s a reason Amazon shelled out $125 million for the movie. By default, it’s probably the biggest franchise title to end up mostly/exclusively on one of the streaming platforms.

So says Screen Engine, the top five most-watched movies of the weekend were Coming 2 America, Sponge on the Run (which ended up as a PVOD/streaming concurrent launch and topped the charts over at Fandango and Vudu), Netflix’s To All the Boys: Always and Forever, Netflix’s I Care A Lot and HBO Max’s Tom & Jerry which is the closest thing we’ve had to a theatrical hit ($23 million domestic and $57 million worldwide) since The Croods: A New Age last Thanksgiving. What’s notable is that Disney+’s Raya and the Last Dragon, which was available for $30 on Disney+, did not make the top five. Between Raya, Coming 2 America and last night’s Oprah Winfrey interview with Meghan and Harry, it was a good weekend for royalty.

Ramsey Clark, who championed civil rights and liberties as attorney general in the Johnson administration, then devoted much of the rest of his life … END_OF_DOCUMENT_TOKEN_TO_BE_REPLACED 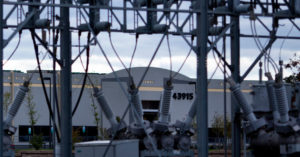